Newsletter: Our 2018 Year in Review, Revisiting the Chestnut St Transitway, SEPTA Key Leaves Some Behind

We had an amazing time at the 2018 Holiday Party Fundraiser last Thursday! Thank you to everyone who supported us!

We had awesome turnout, with over 60 people in attendance, including 8 candidates running for City Council and other seats in 2019. Thanks to your generous support, we're well on our way to amassing the resources we'll need to support urbanist champions for local offices in 2019.

As of today, we are just a few members away from reaching 100 members! Become a 5th Square Member for only $5 a month and help us reach this goal before January 1st. 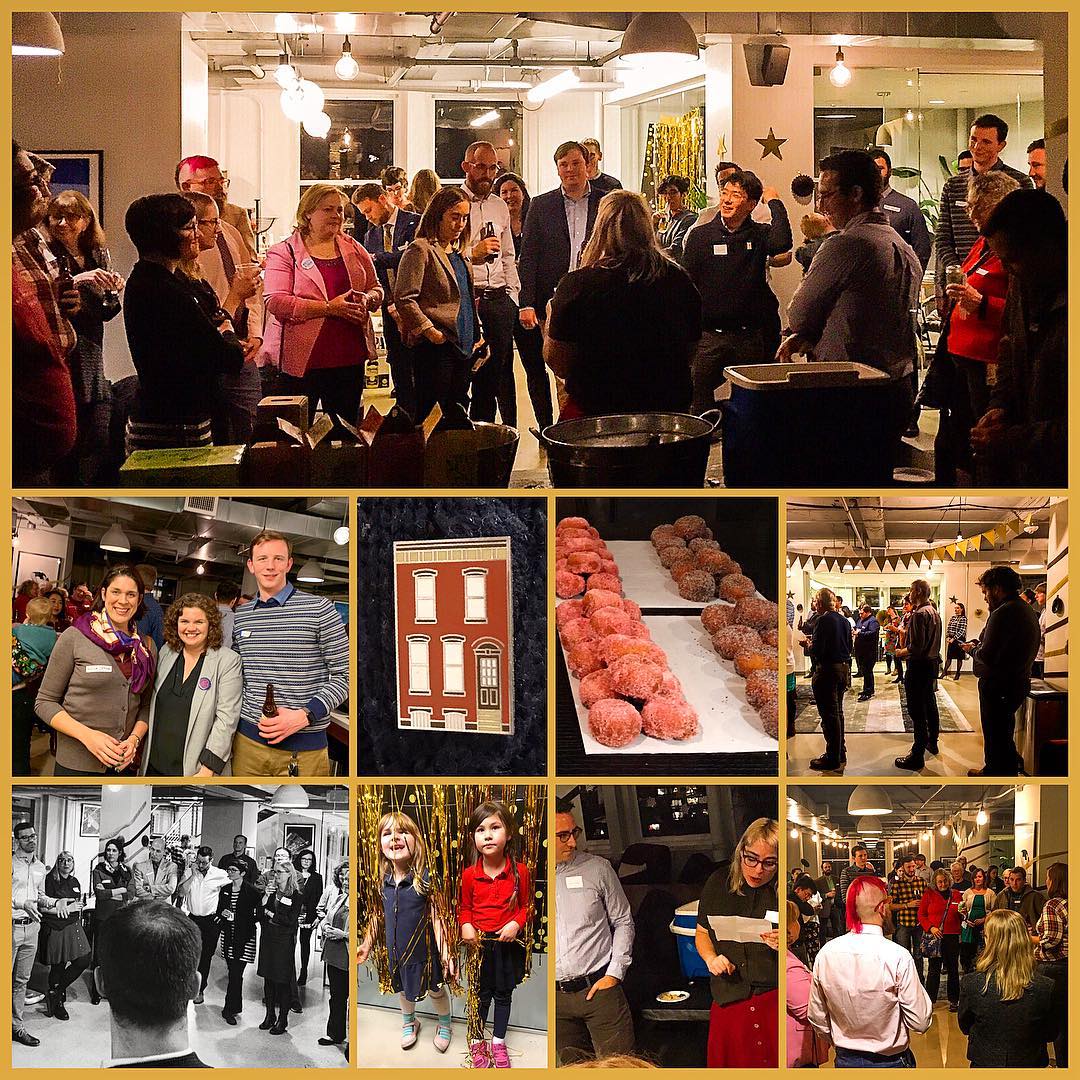 Watch the Bicycle Coalition's new video documenting the current sorry state of the most heavily-used bike lanes in Philadelphia, on Spruce and Pine Streets, and sign their petition asking Mayor Kenney to include a budget line item for Vision Zero infrastructure in 2019.

Today, December 20, 6:30 pm
Phila. Young Dems December Meeting
Philadelphia’s Democratic City Committee revived their Young Democrats chapter recently after a few years of hiatus, and going to Young Dems events is an easy way to get into the mix of local politics. Be an ambassador for urbanist ideas to the next generation of city politicos.

Saturday, December 22, 10 am - 5 pm
SEPTA Holiday Celebration at Trolley Portal Gardens
Get into the holiday spirit with SEPTA, the University City Arts League, and Trolley Car Station! Kids ages 4-16 can ride for free on a holiday trolley from 40th Street to Dilworth Park. SEPTA will also bring the winners of their Holiday Bus Decoration contest to Trolley Portal Gardens.

Monday, December 31, 9 pm - 1 am
New Year on Cherry Street Pier
Delaware River Waterfront will host a New Year’s Eve Party in the newly opened Cherry Street Pier. Celebrate everything that makes the pier so unique – an incredible space, music, art, great food, drinks, and great views of the New Year's Eve Fireworks on the Waterfront. Limited $50 tickets include private access to the entire pier for the night, 21+ admission only.

2018 was a banner year for 5th Square. Read all about our progress and accomplishments in our 2018 Year In Review post, and then join us for an even bigger year ahead with 2019 City Council races, progress towards Vision Zero, making headway with SEPTA, and a Street Sweeping pilot.

The Inquirer's Inga Saffron examines the history of the Chestnut Street Transitway and comes to the same conclusion as 5th Square volunteer Joe Celentano in his editorial this July: to ease congestion and improve street life, bring back the transitway!

A new protected bike lane is coming to town!  North 13th Street is being reconfigured between Girard and Cecil B Moore with, among other things, a parking protected bike lane, as part of the Water Department's Green Stormwater Infrastructure Initiative.

Green Philly Blog summarizes the Zero Waste & Litter Cabinet's 1-Year Progress Report, and their first question is the same as ours -- when is the street sweeping happening?

San Francisco is the latest city to eliminate parking minimums, in a win for affordability and walkability.  "According to estimates by SF’s planning department, minimum parking rules add between $20-50,000 to the cost of an apartment in the city. They also undermine pedestrian safety, requiring dangerous driveways to be built in some of the most densely populated, walkable areas of the city."

The New York Times wrote, in an opinion piece, about how cities across the globe are taking streets back for pedestrians.  "This is the fundamental common sense rule: Cities and their streets are about people, not cars, and all urban design should think first about the only transit equipment that comes factory-standard for the average human being — our feet."

Why is transit fare evasion in most cities treated as a crime, while drivers who fail to pay a toll treated as a civil penalty? Governing examines this issue and reports how cities like New York, Portland, Ore., and potentially Washington, D.C., are easing their fare evasion policies.

Big shoes to fill!  With the departure of Patrick Morgan, the Knight Foundation will be looking for a new program director of Philadelphia initiatives

The Philadelphia Water Department is seeking candidates for Water Commissioner

The William Penn Fellowship is seeking talented, passionate individuals with a commitment to public service and a drive to help make Pennsylvania a better place to live