Join 5th Square for a fun year-end Holiday Party at Radio Kismet on Wednesday, December 18th from 6:00 to 9:00 PM, where we'll be kicking off our inaugural Urbanist Awards ceremony! 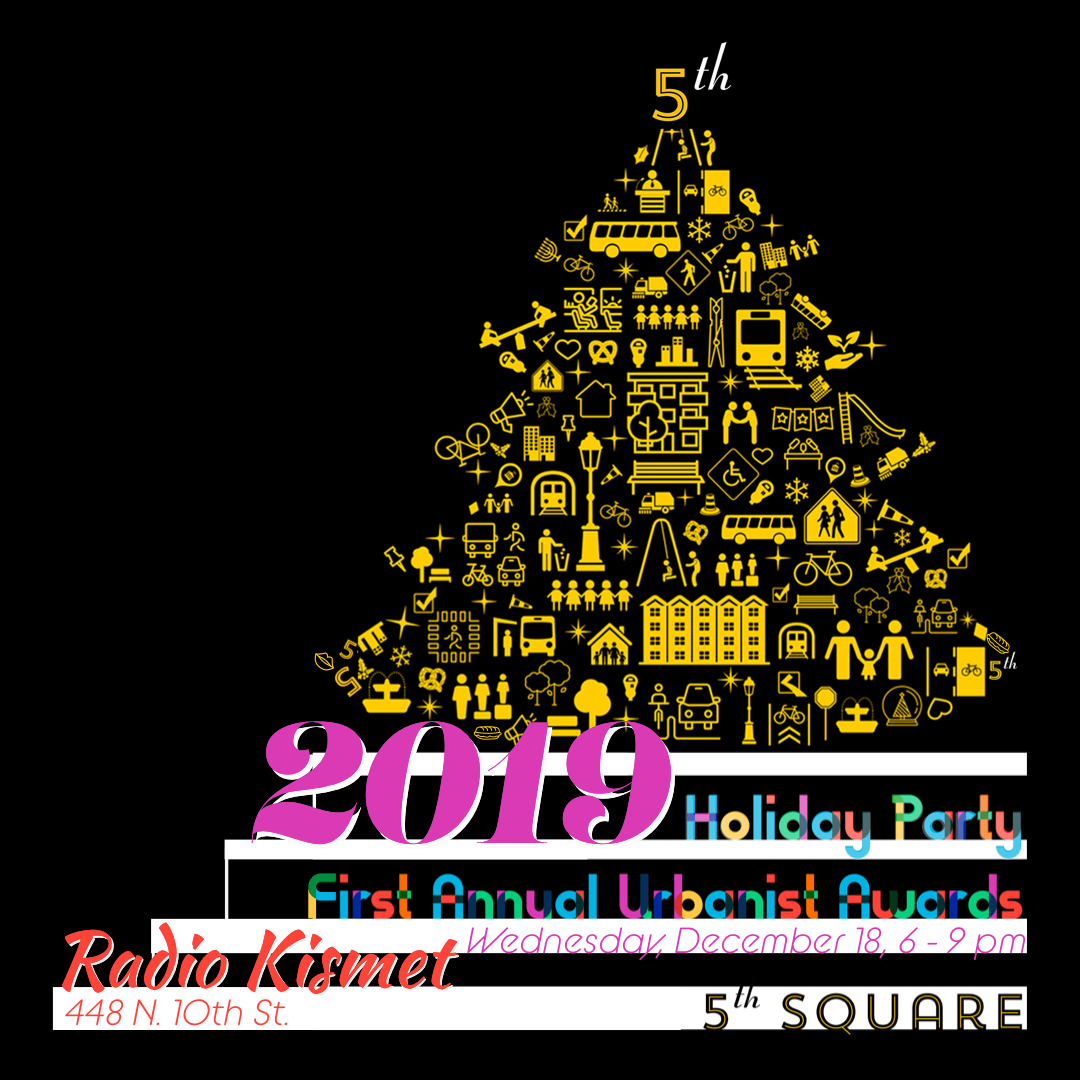 This year, 5th Square will be presenting awards to a few members of our community for their outstanding contributions to Philadelphia’s urbanist movement in 2019. We were thrilled to receive 93 nominations this year across all categories!

Since 2014, 5th Square political action committee's all-volunteer team has been hard at work supporting candidates for public office who support our mission, and then holding them accountable between election cycles for building a city that works for all Philadelphians—with safe streets and sidewalks for pedestrians and cyclists, high-quality affordable transit, abundant housing choices, and high-quality public spaces in every neighborhood.

Come celebrate with other Philadelphia built environment activists, neighborhood and community leaders, architects, planners, builders, and sustainability advocates at the urbanist holiday party of the season!

Complimentary drinks and light fare will be served.

Ticket levels of $100 and up include 1-year membership with voting rights on our 2020 candidate endorsements along with admission for two!

The venue is ADA accessible.

The event is kid friendly, with a kids craft table and pizza served.  All children 12 and under are free with admission.

We'll also be announcing the winners of our first annual Urbanist Awards at this year's party.

Our awards committee sorted through 93 total submissions from our members and newsletter readers, and we narrowed them down to three finalists in the following categories:

Come party with this year's finalists and see who wins on Wednesday, December 18th!