5th Square is proud to announce its endorsement for the following candidates for this year's 2022 Pennsylvania primary elections.

5th Square issued questionnaires to candidates for PA state legislature with districts in Philadelphia. After reviewing candidates' issue positions and favorability among our membership, these candidates will best represent our mission to make Philadelphia a more accessible, transit-friendly city for everyone. 5th Square's membership overwhelmingly voted to approve these endorsements. 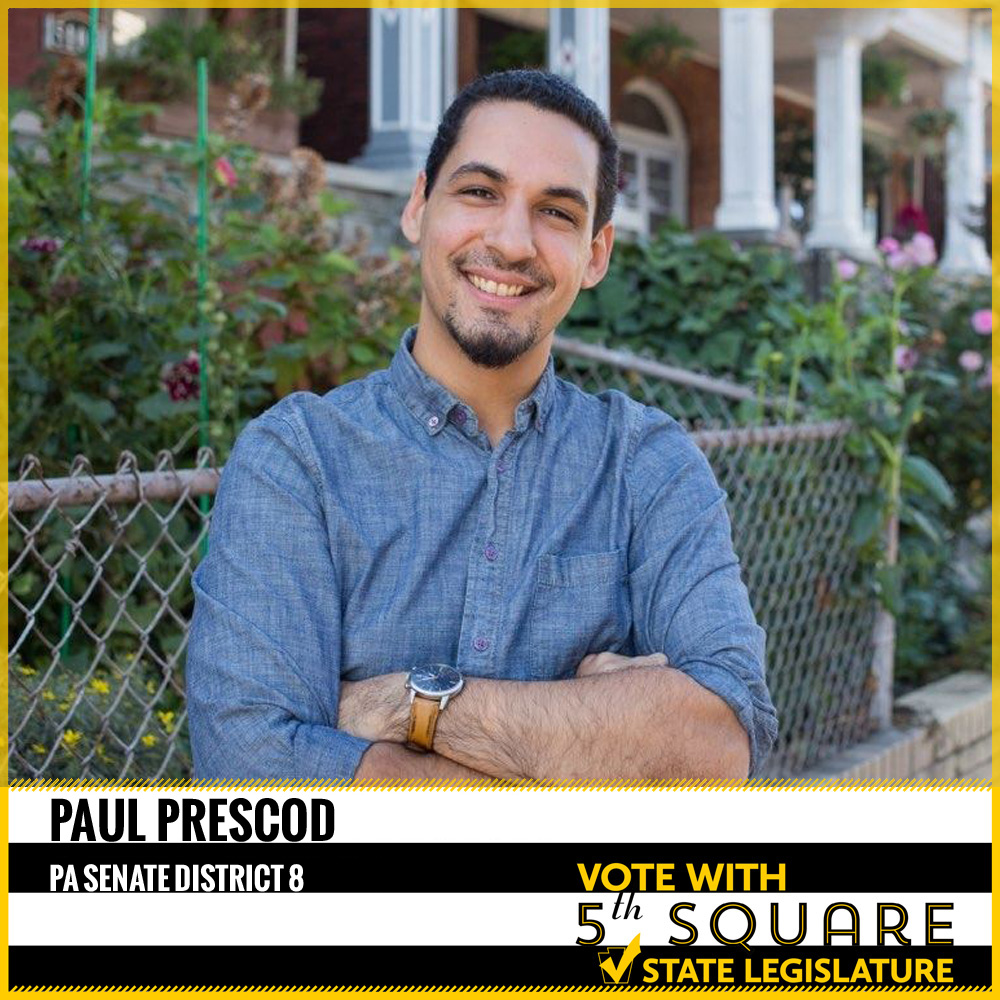 Paul Prescod is challenging a long-time incumbent in the 8th Senate District covering University City, Cedar Park, Cobbs Creek, Southwest Philly, and parts of Delaware County. He is a Philly public school social studies teacher and a union activist. His goal has always been to help win power and dignity for working people. His background and relationships in the labor movement make him well-positioned to bring in other allies to the urbanist movement. As an organizer and activist, he understands the work it takes to achieve real buy-in from diverse constituencies and how to frame these issues in a way that emphasize our common interests. 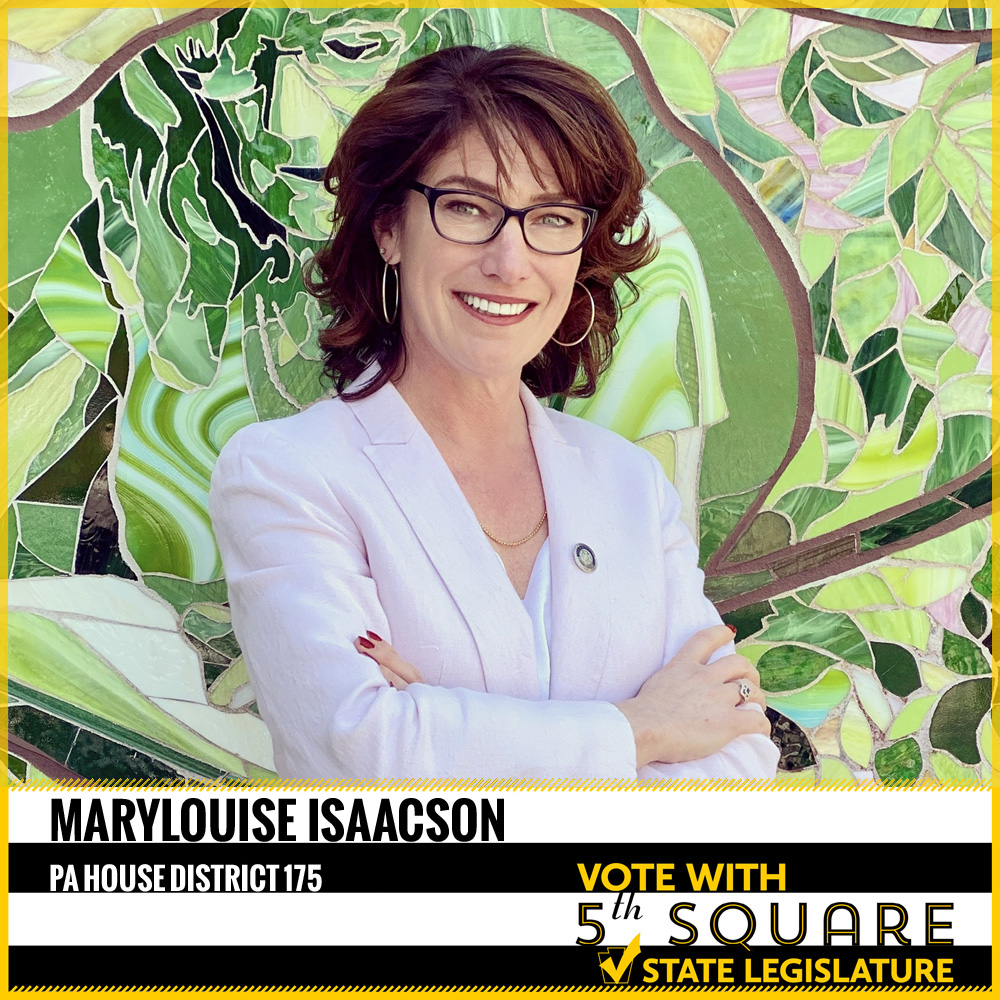 Marylouise Isaacson has represented the 175th District as state representative since 2019, covering Old City, Society Hill, Northern Liberties, Fishtown, and North Philadelphia. She has worked endlessly to bring home state funding to the district to enable many projects and renovations in support of 5th Square's core values and mission. She is supportive of increasing state funding for transportation, publicly-owned and operated infrastructure, a transition to a green economy, bike and pedestrian infrastructure investments, a dedicated low-income fare program, the creation of transit-oriented communities and affordable housing. 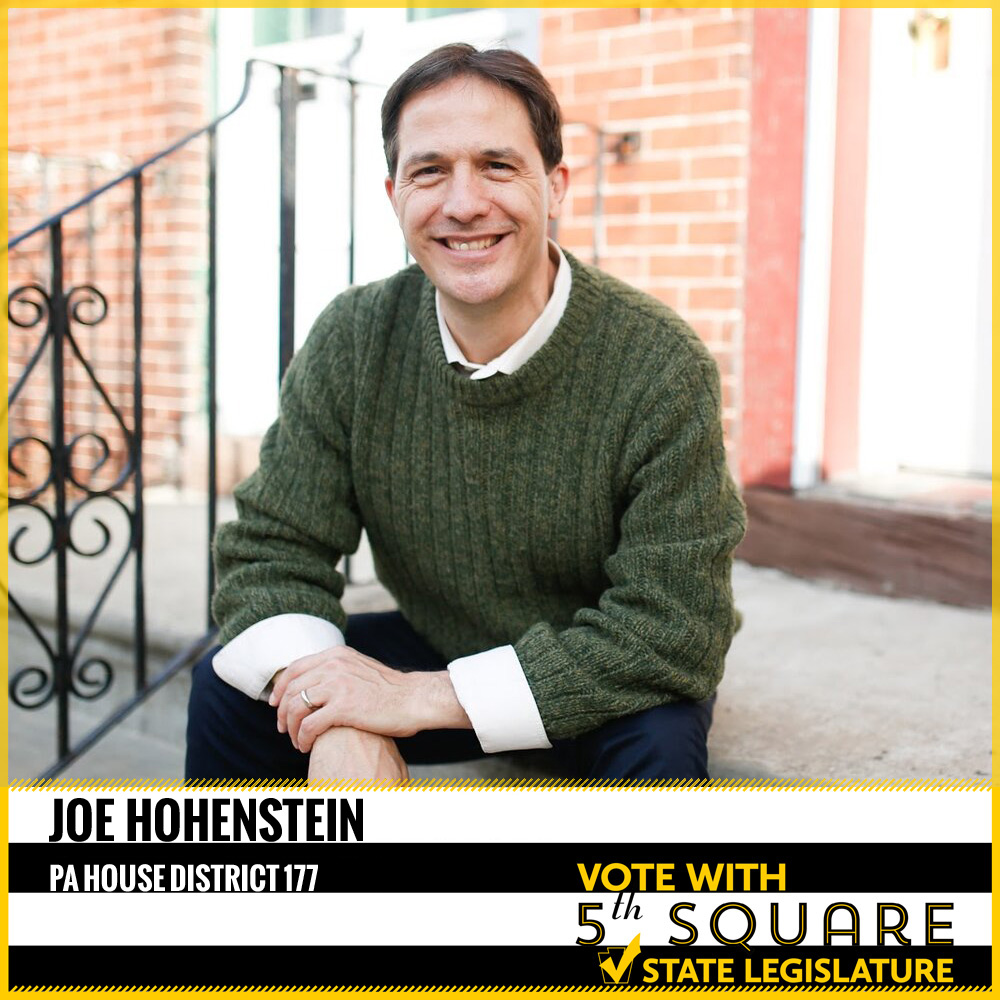 Joe Hohenstein is the incumbent Representative from the 177th District, covering Fishtown, Port Richmond, Bridesburg, and Frankford. He comes from a 5th generation Frankford family, was a regular transit commuter for years into his adult life and grew up singing “You Can’t Get to Heaven on the Frankford El.” He believes that improving our mass transit system should be at the forefront of every discussion surrounding climate change as it relates to transportation. 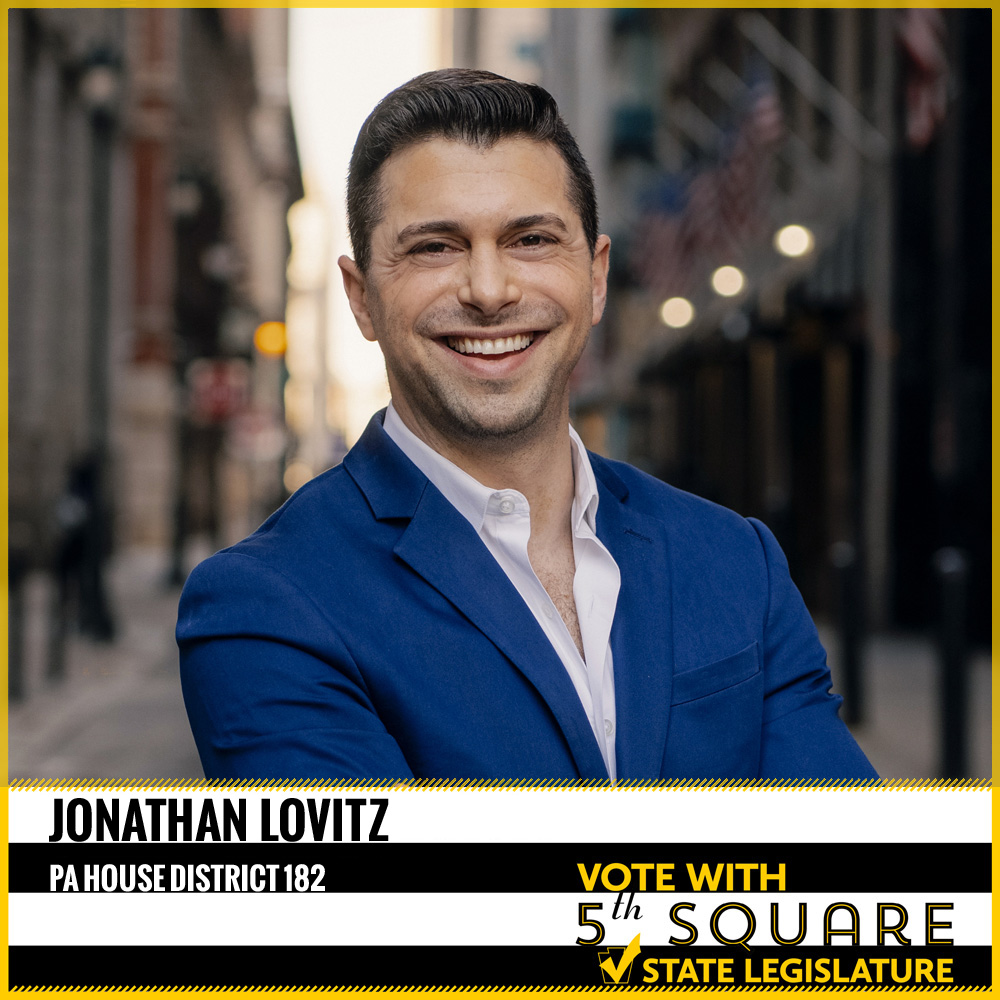 Jonathan Lovitz is running for Center City’s 182nd District, serving the highest concentration of all public transit users, and the most densely packed public transit zone in Pennsylvania. He is a union member, experienced bipartisan lawmaker, trusted equality champion, and the pro-economy, pro-equity, pro-choice, pro-solutions candidate this moment needs. He strongly believes that urbanism is a belief that density, diversity, and equity are fundamental to a successful, progressive city. He also stood shoulder-to-shoulder with us in support of road safety for Washington Avenue. 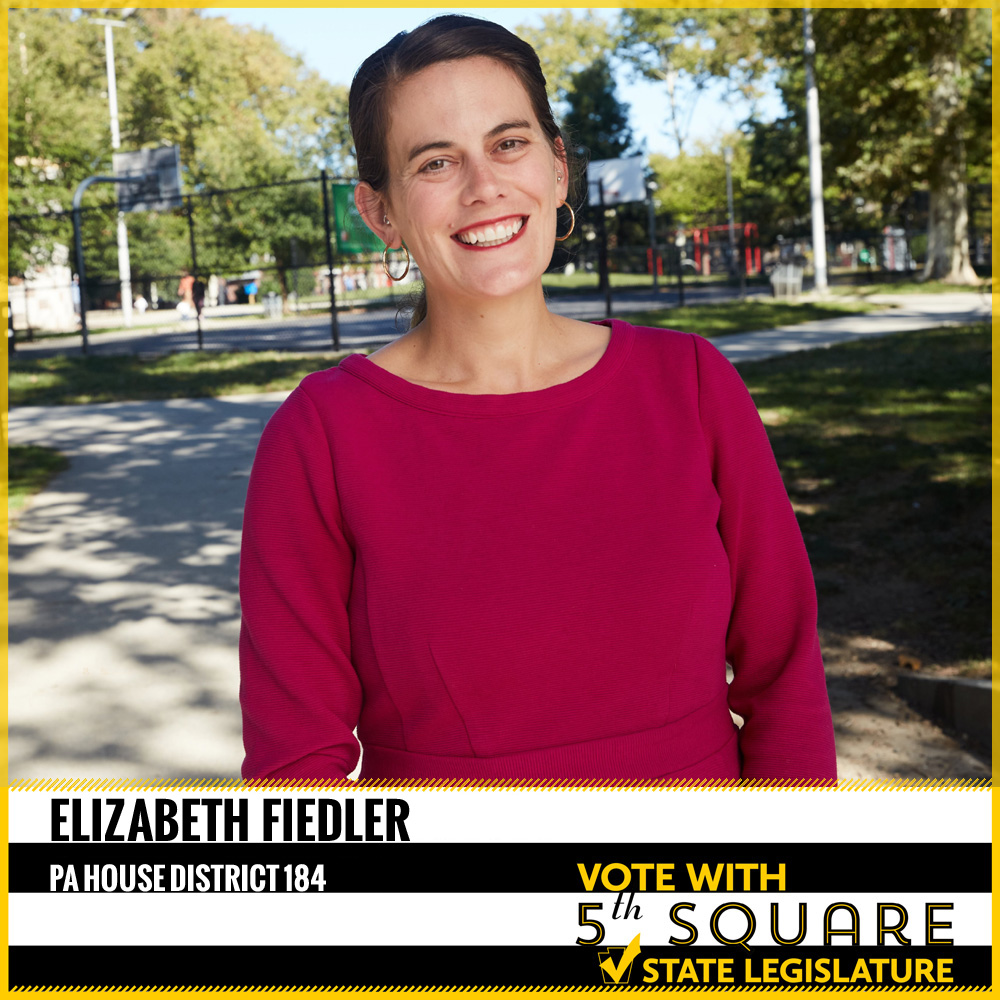 Elizabeth Fiedler serves as the incumbent Representative from South Philly’s 184th District. She is the parent of two young children, a strong supporter of public education, a strong advocate for making our streets safe for everyone, and for investing in public space including parks. She is a strong advocate for sufficient and reliable funding for SEPTA, which she has advocated for in Harrisburg and will continue to! 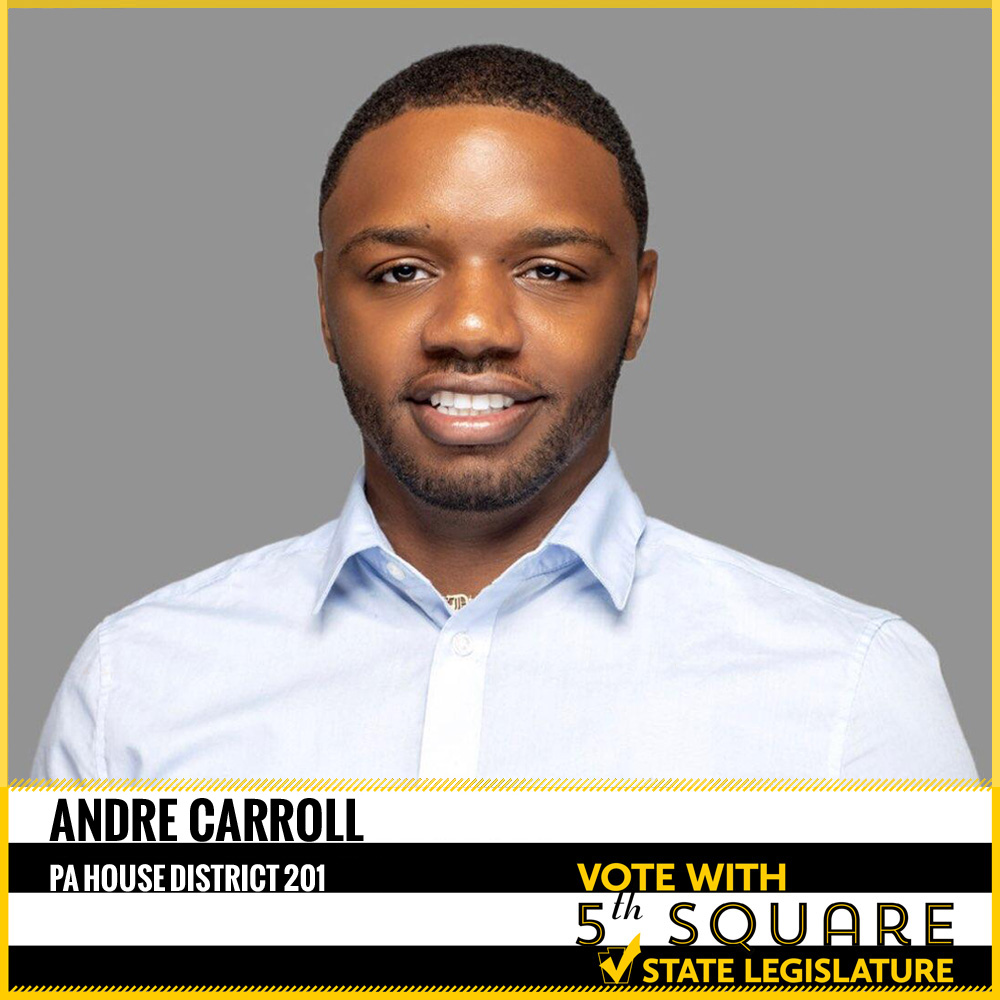 Andre Carroll is running for Northwest Philly's 201st District covering East Germantown, Ogontz, and West Oak Lane. He is a criminal justice advocate and former educator born and raised in Philadelphia. He believes strongly that we need to limit the expansion of highways and increase funding and access to urban transportation, cycling, and other means of travel which limit single passenger car travel. He believes that one of the major issues of transit funding is that there hasn't been a transit champion on the State level from Philadelphia and will use his platform in Harrisburg to advance Transit for all PA's funding agenda.