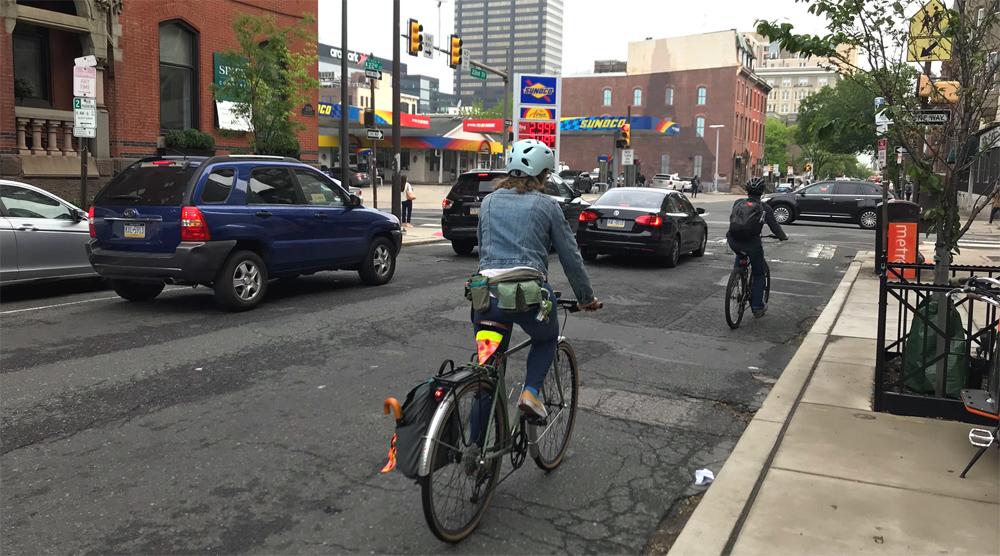 Sign the petition to support a safer 22nd Street for all road users!

The Office of Transportation, Infrastructure & Sustainability’s (oTIS) is proposing plans to improve street safety on 22nd Street by moving the bike lane to the left-hand side of the street and protecting it with plastic delineator posts between South Street and Market.

This plan can only move forward with the approval of 2nd District Councilman Kenyatta Johnson, but we hear that Councilman Johnson is only listening to a small-but-vocal group of Center City condo owners who feel entitled to the convenience of curbside parking access at the expense of a safer street that works for all users.

In the past, Councilman Johnson blocked a protected bike lane from being installed along Lombard street; citing near-neighbors’ concerns about not having curbside convenience for their cars, and we hear he’s currently leaning toward blocking this critical safety improvement too—even though over 300 people have voiced their support of this project to community groups and nearly 200 have sent letters of support to the Councilman.

Unfortunately, Councilman Johnson still won’t support these crucial safety improvements to 22nd St, and we need your help to counter the negativity with a broad show of support.

Cyclists have been calling to protect 22nd street for years, since it’s one of the most biked streets in the city.  On average, over 1,500 cyclists per day used the bike lane in 2012.

Research shows that a cyclist in a left-hand bicycle lane has a reduced chance of being in the blind spot of a person driving. Left-hand lanes will also remove cyclists from the side of the street with bus stops, reducing conflicts between buses and people on bikes.

We know this section is dangerous. 74 people were injured in crashes on 22nd street between South and Market streets between 2013 and 2017; 36% were pedestrians and 11% were cyclists.

Show Councilman Johnson that you want a protected bike lane on 22nd street so parents can safely take their kids to school, workers can safely commute to work, and all road users are protected from the harm of speeding vehicles! These improvements will not only improve conditions for cyclists but also protect pedestrians and drivers.

Add your name to the petition to show your support for a safer 22nd Street, then share the petition on social media to help spread the word!