The candidate's responses are Italicized. 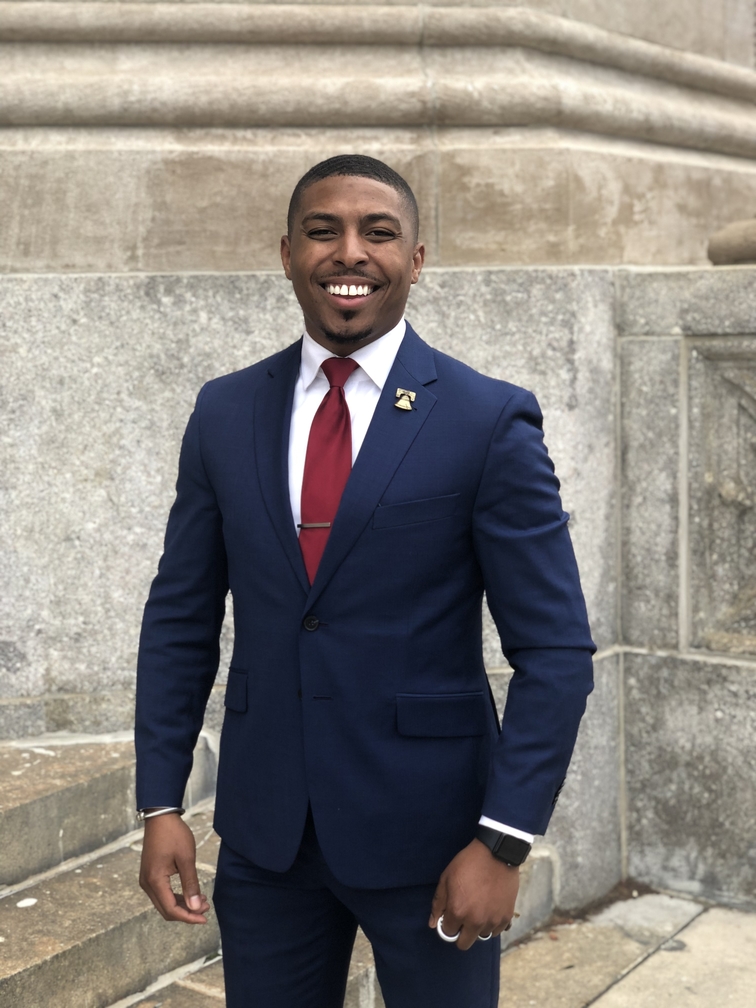 Nicolas O’Rourke is a community organizer for POWER where he works to bring together people across race, income, faith, gender identity and neighborhood lines to fight for and create systemic change in our society. Focusing on restorative justice, he brings Philadelphians together to raise voices to end the corrosive police practices of mass incarceration, stop and frisk, police abuse, gun violence and the cash bail system. Nicolas is also Pastor at the Living Water United Church of Christ in Oxford Circle which supports his social justice ministry. A strong proponent of social justice and spiritual awareness, he works across wide ranging lines of thinking to highlight common spiritual ground for all people to contribute to the realization of “beloved community” in Philadelphia. Nicolas’s priorities are to end the current 10 year Tax Abatement, increase funding for the Police Advisory Commission, and make SEPTA free for students and low-income residents. The City of Philadelphia is the poorest big city in the country and the issues that plague our communities are widely recognized by many. I'm running because I believe that those of us who care should organize our elected offices and fill them with people who see the places in which we live through the eyes of poor and working people.

Many curb cuts and sidewalks in the city are blocked by parked cars, resulting in inadequate and unsafe crossings for seniors, residents utilizing mobility assistance, and parents with small children. In your view, what should City Council do about this problem?

To have drivers who are not considerate enough to park there vehicles outside of the defined lines for crossing pedestrians makes our city less accessible for differently-abled persons, the elderly, and our youth. To be a city that is inclusive and safe for all our citizens, Council should set aside funding to re-engineer our streets to improve sight lines and develop education programs for drivers to be mindful of the harm and danger created by not abiding by the parameters set for folks who are not car-mobile.

What is your opinion of the Kenney administration's progress on their Vision Zero street safety initiative? Is the current pace of progress acceptable to you? If not, what would you do differently? How would you use your Council position to accomplish this?

I am in agreement that that the Vision Zero Initiative should be fast tracked. and that Council should identify ways to roll out the agreed upon plans by focusing on improving lines of sight, reducing vehicle speeds, and increasing safety.

Will you support “daylighting” intersections to restore clear lines of sight near crossings for drivers and pedestrians through the use of plastic bollards and curb bumpouts, with prioritization for school zones, intersections with high pedestrian volume, and high crash intersections? How many intersections should be "daylighted" each year? Further reading on daylighting: https://www.streetfilms.org/daylighting-make-your-crosswalks-safer/

Yes, I would absolutely support daylighting intersections. It would allow us to reimagine the structure of our city to include the safety of those persons who are not car-mobile which tend to include low wage workers and the poorest among us in a city that has highest poverty rate of all major cities. In an attempt to fast track the daylighting of these intersections, I believe it is appropriate to assess the maximum amount of intersections that can be improved per year and aim to meet that goal.

Philadelphia has some of the lowest per-capita spending among our peer cities on basic street maintenance, slowing down the rollout of life-saving design changes that are part of Mayor Kenney's Vision Zero initiative. If elected, will you advocate for a larger Streets Department repaving budget?

Will you support a Mayoral initiative to create a municipal street sweeping program, even if it means motorists will need to move their vehicles a few times a month?

Will you vote to repeal Council's 2012 legislation requiring a Council ordinance to remove travel or parking lanes, and once again empower Streets Department safety professionals to make these decisions administratively? Further reading: https://bicyclecoalition.org/lawsuit-takes-on-city-council-bike-lane-ordinance/

Philadelphia currently only funds around 11 percent of SEPTA's budget, with the state and federal governments funding the majority of the operating and capital budgets. This is one of the lowest local contributions in the country, per-capita. If elected, will you advocate for increasing dedicated local transit funding? If so, what revenue source is best?

Yes, I would support the increase of dedicated local transit funding and acknowledge the amount of money that is not being paid back into the city through the Tax Abatement and the Universities not paying all they can into the PILOT program. Advocating for those resources would lend a significant bump in city funds.

The City Bus system works to improve air quality as well as reduce traffic congestion. Unfortunately, city bus ridership has fallen dramatically over the past few years, and route performance has become increasingly unreliable. Which of the following measures would you be willing to advocate for to increase bus ridership?

Will you support funding a City pilot program to provide free SEPTA transit to all children under 12 years of age? The current cut-off is 4-years-old, after which children are required to pay the full fare

Over 30,000 Philadelphia public school students are currently ineligible for subsidized TransPasses, because the School District does not provide passes to students living within 1.5 miles of their local school. Do you support universalizing student TransPasses so all students can use them?

Residential permit parking needs an overhaul. The current cost for an annual parking permit for car owners to store their private vehicles on public streets is just $35, and many streets do not require a permit. Which reforms to permit parking would you be willing to consider, if elected?

SEPTA and the City are exploring a bus network redesign that could greatly improve bus service frequency and usability at little additional cost. Improving service will involve some trade-offs, however, like more stop consolidation and transfers. How should Councilmembers be approaching this initiative? Further reading: http://planphilly.com/articles/2018/06/21/overhauling-its-bus-network-may-be-on-septa-s-schedule-soon

Council should support the elimination of transfer fees and allow free transit for students and low wage workers.

Only 13% of land in Philadelphia is covered by the multifamily zoning categories eligible for City Council’s new Mixed-Income Housing program. Do you believe 13% is the appropriate percentage? If not, what is the right number?

In 2012, City Council voted to eliminate or reduce minimum parking requirements for many zoning districts, because parking minimums increase housing prices, driving, and traffic congestion. Will you vote to eliminate the last of the minimum parking requirements still remaining in the zoning code, which would mainly affect Center City, University City, and areas near the subways? Further reading: https://www.vox.com/videos/2017/7/19/15993936/high-cost-of-free-parking

I am open to considering all options to make sure that housing prices do not increase and the current traffic patterns dont become more congested, including this.

The same 2012 zoning reform bill contained language legalizing Accessory Dwelling Units (ADUs), which allow property owners to have an additional rental unit on their property. City Council unfortunately never finished the job, and didn't write in which zoning districts should permit ADUs. Where would you allow ADUs? Further reading: https://www.sightline.org/2018/08/15/adus-backyard-cottages-affordable-housing/

Zoning districts with single home or duplex styled homes should be priority for ADU but I would consider them all upon discussion.

What should be Philadelphia's strategy for keeping neighborhoods affordable as they see more growth and development? Is City policy striking the right balance now, following City Council's recent affordable housing package? If not, what is left to do, in your opinion?

With the rapid development that we are seeing throughout the city, there should ideally be affordable housing units and homes built alongside or within each new development to insure that displacement does not continue with the spread of gentrification.