It’s time the City paints the streets red for buses. 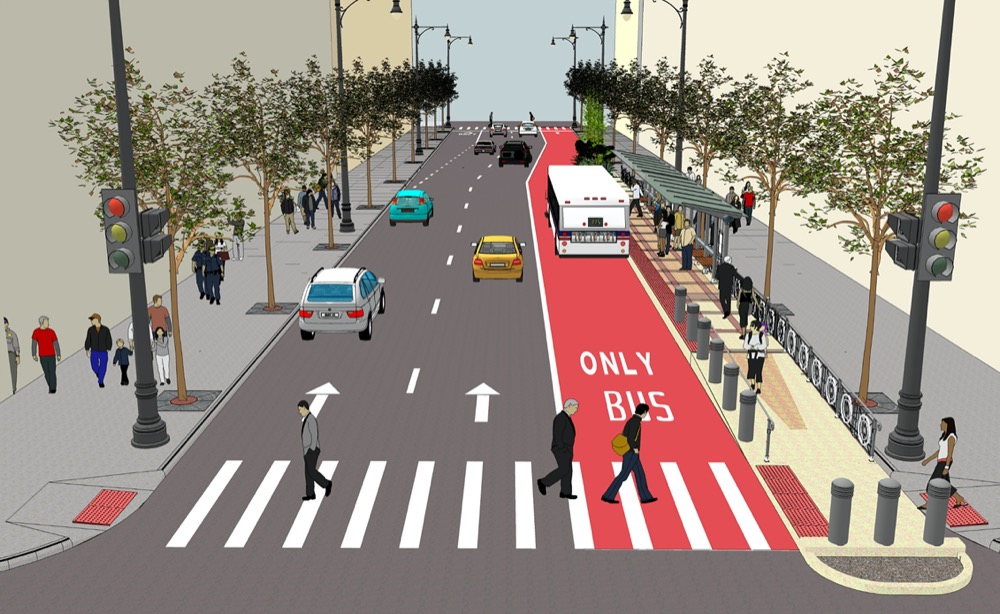 Bus Only Lanes improve frequency and speed of service. There are key parts of the city that need dedicated bus lanes. Seeing a bus stand still in a sea of cars during rush hour is a pitiful sight. Being on that bus stuck in traffic is unpleasant and impacts riders’ ability to get to work or appointments on time.

In 2021, the Office of Transportation, Infrastructure, and Sustainability (oTIS) released the Philadelphia Transit Plan, declaring that the first crucial step towards implementing the plan was a network of high-quality, high-frequency bus corridors with dedicated lanes.

SEPTA’s Bus Revolution findings also show that many of the routes that have high ridership and slow speeds would benefit from having a dedicated lane. oTIS selected the following streets for bus only lanes: 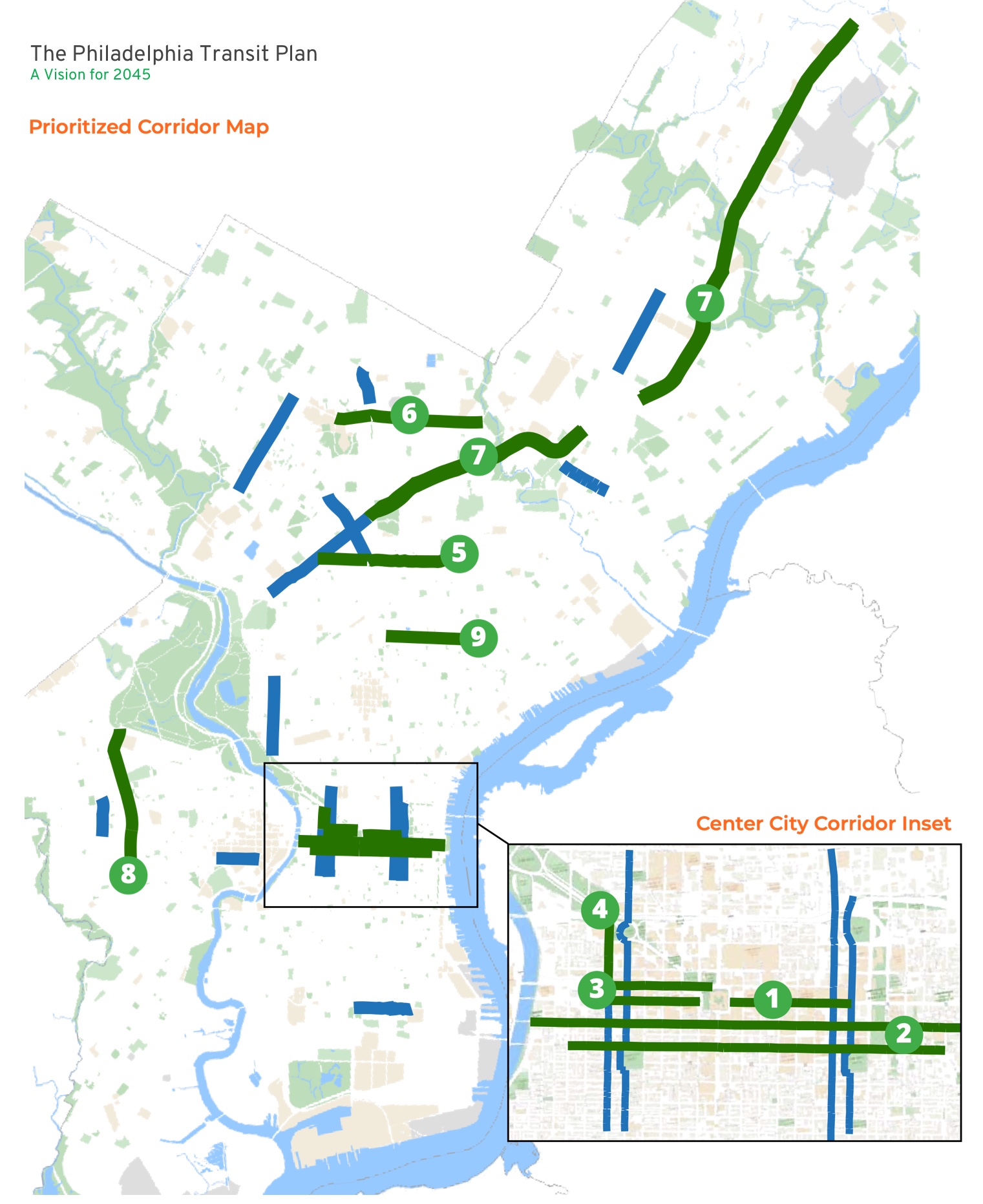 This is not a new concept. Other cities have started rolling out bus only lanes with much success. Toronto, San Francisco, Boston, and New York all have demonstrated the enormous benefits of dedicating road space to buses.

If Philadelphia wants to decrease congestion and help decelerate climate change in a cost effective way, putting down bus-only lanes is a great solution. This is also the best way to make our buses faster and more efficient, which will encourage commuters to switch from driving. With these lanes, we believe that Philadelphia can lead the way in having an efficient bus system that benefits everyone.

We ask Philadelphia’s City Council to support SEPTA and the Philadelphia Transit Plan by dedicating the priority bus corridors in their neighborhoods for the use of bus-only lanes.  We also ask State Legislators to legalize automated bus lane enforcement to ensure these lanes are clear of personal vehicles.