Crunching The Numbers: A Closer Look At Gentrification & Displacement in Philadelphia

On Tuesday, Philadelphia Magazine’s Citified ran a piece titled “Insane Surge in Philadelphia Gentrification.” Since its inception at the beginning of this year, Citified has done a great job of covering important issues in the city, but this particular piece misses an opportunity to discuss some very serious and ongoing problems in Philadelphia.

To be clear from the start, what follows is not a debate over the definition of gentrification. There have already been countless attempts at that. Rather, what follows is an analysis of whether Citified’s conclusions stand up to scrutiny.

Before I dive in to the next few paragraphs, I’ll cut right to the punchline – displacement is very real in Philadelphia, but probably not in the way you think. And as for the alarmist headline about gentrification, well, read on.

Citified’s piece is an interpretation of Governing’s highly-criticized “Gentrification in America Report” that was released earlier this month. In the original report, Governing had this to say about the separate but often linked phenomena of gentrification and displacement in general:

A new class of more affluent residents is moving into once underinvested and predominately-poor communities. Development has followed, typically accompanied by sharp increases in housing prices that can displace a neighborhood’s longtime residents. It’s a scenario known as gentrification, and one that presents a growing dilemma for policymakers.

And Governing had this to say about its methodology for identifying gentrifying census tracts:

…an initial test determined a tract was eligible to gentrify if its median household income and median home value were both in the bottom 40th percentile of all tracts within a metro area at the beginning of the decade. To assess gentrification, growth rates were computed for eligible tracts’ inflation-adjusted median home values and percentage of adults with bachelors’ degrees. Gentrified tracts recorded increases in the top third percentile for both measures when compared to all others in a metro area.

Got it? For the purposes of this analysis, I won’t assess whether that is a sufficient definition of gentrification. I’ll just assume it is. Now, here is what Malcolm Burnley had to say in Citified about Governing’s assessment of Philadelphia:

Instead, Governing is only showing that gentrification in Philadelphia is less geographically concentrated than it was in the 1990s. Governing’s study says nothing about the pace of gentrification within those census tracts, within those neighborhoods, or let alone city wide. It only says that the distribution has changed.

And even then, there is the totally separate issue of whether these census tracts in question actually experienced the statistical changes that Governing originally reported. In other words, how solid are these numbers?

For example, let's look at Strawberry Mansion’s census tract 151.01, which Governing indicates has gentrified since 2000. According to Governing, this census tract increased its number of bachelors degrees by 243, a whopping 448%, between 2000 and 2013. Anyone familiar with this particular stretch of Strawberry Mansion knows this did not happen. So what did happen?

Governing’s study used American Community Survey (ACS) data to quantify very, very small sample sizes, something which the Census Department says specifically not to do. Looking at bachelors degrees, the margin of error is +/-6.4% with a 90% confidence interval. In other words, the number of residents with a bachelors degree in this census tract could have dropped by 0.4%, or increased by 25.2%, or anything between. We don't know.

City Observatory recently ran a response that was very critical of Governing’s methods:

So why does this matter? Because it can influence bad policy. Alarmist headlines can lead policymakers to believe that Philadelphia is experiencing too much residential growth and the only reasonable thing to do is slow or halt this growth altogether. We shouldn’t give the false impression that the threat is that some neighborhoods are finally seeing investment again and that our city’s population is finally growing again, if only at a 0.6% annual rate.

Let’s not forget that Philadelphia is still missing roughly 500,000 people from its peak population. Much of our infrastructure and many of our city services and benefits were designed and built for a city of more than 2 million people. Yet we have fewer than 1.6 million people to fund these demands. To quote friend of the PAC Conrad Benner, of Streets Dept and SEPTA 24/7 fame, “There's way less 'gentrification' than there is filling back in the holes.” Philadelphia desperately needs to regain more of its lost population in order to make ends meet.

Anti-growth stances would be disastrous for Philadelphia in both the short and long term. In fact, we’re seeing two instances play out right now that wouldn’t be nearly as severe if Philadelphia’s population were growing (read: replenishing) at a faster rate. Consider:

Clearly we need to continue replenishing the city’s population and its coffers. Although Governing may have missed the mark with its report, it doesn’t mean displacement isn’t an issue here. The truth is that displacement of low-income populations is a very real problem. But it’s happening far from center city and is being caused by schools that are closing at an alarming rate, by public transportation service that is limited at best, by abandoned buildings that far outnumber occupied buildings, by an overall paucity of city services, and by persistently high violent crime rates. 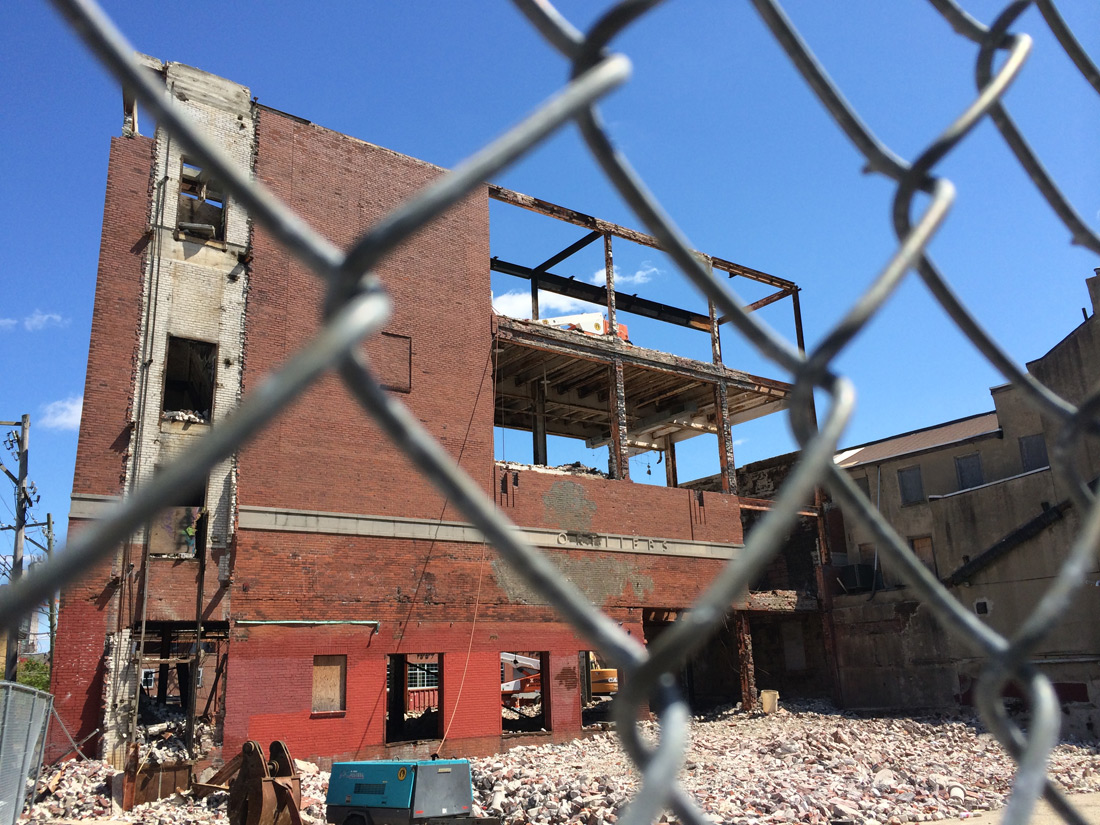 In many parts of Philadelphia when the blight is closing in, and when the neighborhood is too far gone, people with any degree of mobility simply leave. The most recent ACS data suggests our low-income population has begun fleeing the city for outlying counties.

If we want to address displacement in Philadelphia, this is where the problem exists. It doesn’t receive much attention, but it’s very real and it matters. Monday we’ll dive into how our platform helps address some of the issues that are causing displacement in low-income communities.