If you want to maximize your livable streets vote this Tuesday, the best thing you can do is leave At-Large City Councilman Bill Greenlee off your ballot. 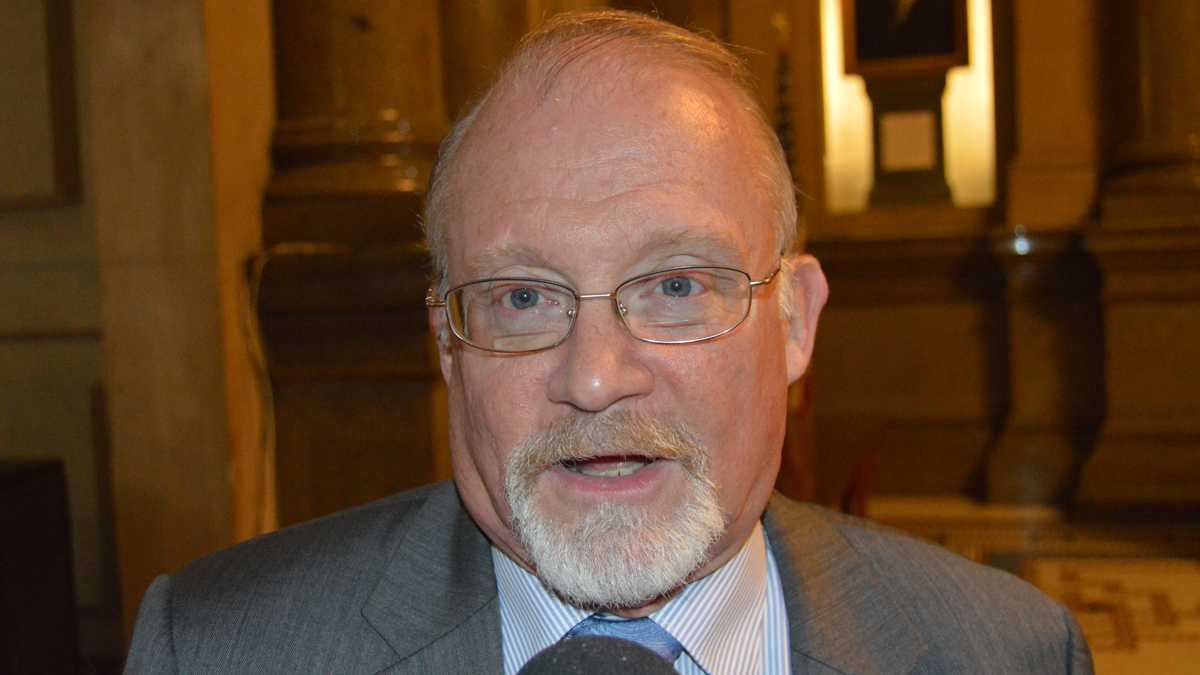 There are three reasons to do this:

1. Greenlee championed a bill in 2012 taking the power to approve bike lanes away from the Mayor's office, and giving it to City Council.

That bill came in response to the Nutter administration striping the highly successful 10th and 13th Street lanes over NIMBY objections. Greenlee originally wanted a Council ordinance for any new bike lane, but that got bargained down so that an ordinance is required only in situations where a parking, travel, or turning lane would be removed. That's the situation in many areas where we'd want new bike lanes though, in places like South Philadelphia and greater Center City where bike commuting rates are highest.

In 2012, advocates predicted Councilmanic prerogative over bike lanes would have a chilling effect, and they were right: no lane removal bills have been introduced since 2012 when the law passed. Council took this power in order to supress advances made for street safety and affordable transportation, and Philadelphia is falling behind in the creation of new dedicated bike infrastructure as a result. We'll never get the bike network we want if this law isn't overturned.

By the way, this isn't just a problem for cyclists. All of our endorsed candidates for City Council are running on more dedicated bus lanes too, to get our buses out of mixed traffic, and deliver better mobility options to people who can't afford or don't want a car. New bus lanes will also require a District Councilmember's sign-off, and the incumbent Councilmembers have proven that they just aren't interested in standing up to entitled car owners who act like they have a God-given right to leave their private property parked on the public streets for free.

2. Bill Greenlee even flouted his own law when it suited him, in the case of the 22nd Street bike lane.

When restriping streets, the Streets Department works off of the City's Pedestrian and Bicycle Plan, passed in 2012 with the support of the Planning Commission and City Council, and that plan says the 22nd Street bike lane is supposed to continue north from Spring Garden Street to Fairmount Avenue.

22nd Street in this section is legally only one lane wide, but it's used informally (read: illegally) as two lanes, and when Bill Greenlee found out that the Streets Department was going to stripe a bike lane there (from a constituent who wrote to express support for a bike lane), he sprung into action to stop it from happening.

Under Greenlee's own law, a fake/illegal travel lane that isn't on the books doesn't fall under his authority, but he doesn't care. We're hearing that he's been able to stop the 22nd Street lane, even though the Nutter administration has the legal authority to create it, because he threatened to bring back his 2012 bill that would fully take over bike lane placement.

3. Bill Greenlee has repeatedly placed the convenience of drivers over the safety of others.

Bill Greenlee is said to have some of the most responsive and effective constituent services for folks calling into his office. On this particular issue, we've found the complete opposite to be true. On repeated occasions, with multiple parties, over multiple months, Bill and his staff have shown that they don't think road safety is a serious issue.

Philadelphia has experienced a series of tragic and preventable road deaths. Some involved pedestrians struck by cars in areas where traffic calming and lane narrowing could have reduced the severity of impact and saved lives. Bike lanes make the road safer for all users since they have a traffic calming effect.

I personally pressed Bill on the issue of safety vs. convenience of drivers last year at a 30th Ward fundraiser I went to as an elected committeeperson. After nearly 10 minutes of hearing Bill's own personal theories of traffic management I said "so basically what you're saying is, you value the convenience of drivers over the safety of cyclists." He paused for a few seconds and replied "yes, I guess so."

Greenlee defenders insist that he is a strong progressive, citing his support for Earned Sick Days legislation, but that issue no longer sets him apart from the pack: all of our challengers support Earned Sick Days and livable streets.

So-called "progressives" making excuses for Greenlee's conservatism on livable streets are far behind the times. In New York City, Progressive Caucus members on City Council are leading the charge for more bus-only lanes, and safer bike infrastructure. Unlike Greenlee, they understand that making streets work for everyone, especily our city's most vulnerable users, is really a core progressive issue affecting the entire city of Philadelphia, as a number of tragic and preventable fatalities involving pedestrians and cyclists outside the core of Center City have shown in the last few weeks.

That's why the single best thing you can do to advance progressive policies on livable streets in Philadelphia this Tuesday is to dump Bill Greenlee. We've given you five folks you'd be better off voting for. Vote Blondell Reynolds Brown, Vote Sherrie Cohen, Vote Helen Gym, Vote Paul Steinke, Vote Tom Wyatt.

Leave Bill Greenlee off your ballot: