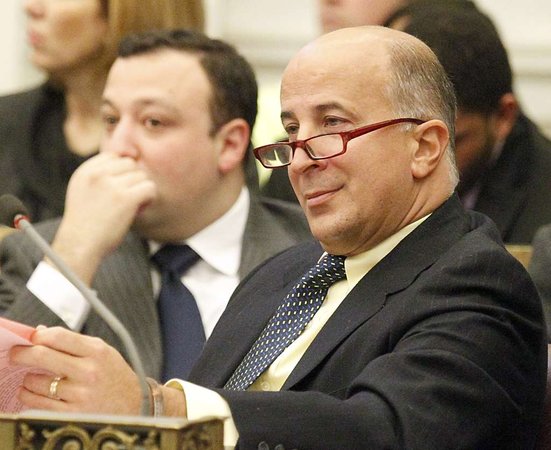 For the past several months, District 1 Councilman Mark Squilla has been waging a lonely campaign to help his friends in the billboard industry undercut Philadelphia's digital billboard regulations.

Frustrated by the city's hard-won rules limiting digital billboards to a few select places, which are only to be approved in exchange for significant public investment, the "outdoor advertising industry" instead hatched a crazy plan to install cartoonish orbs all around Center City. And the plan is backed by some big money and lobbying clout, like Squilla's predecessor Frank DiCicco.

Squilla's plan has been mocked mercilessly in the media, and for good reason. The billboards are so cartoonish that even Roger Rabbit wouldn't welcome them in Toontown. The intense opposition to these billboards led District 2 Councilman Kenyatta Johnson to exempt his District from the bill last week, leaving only Squilla's District 1 as the guinea pig.

Flustered by his weakening position, Squilla blamed the "three or four or five people" he claims to think are spoiling things for him, and he insisted he had more than 300 letters of support from people who would live among the orbs:

“For three or four or five people who don’t want it to have all the attention—[the neighbors] are getting upset about it ...” Squilla said. “People who support something don’t go out and, like, call the newspaper … So we’ll have them here next week so everyone can get a good idea.”

When PlanPhilly's Jared Brey went to inspect the letters in person, to no one's surprise they turned out to be the product of a billboard industry astroturf campaign. Not only were most letters not from near neighbors, directly contradicting Squilla's earlier claim, many letters weren't even from the United States:

The letters, which have been collected in a binder, were delivered all at once by Catalyst Outdoor, the company that’s hoping to build the signs, according to an aide in Squilla’s office [...]

The text of the letters matches the text of an online petition started by “Philadelphia UED Project.” The petition’s first signatory—there were 371 as of Friday afternoon—is an employee of Catalyst Outdoor...A brief review showed that they originated in neighborhoods all across the city. Some come from as close as 10th and Chestnut. Others came from far-flung communities outside Squilla’s district, from Rising Sun Avenue to South 68th Street.

Dozens of other signatories to the online petition live outside the city altogether, in New Jersey, New York, Massachusetts, South Dakota, Texas, Austria, Singapore and the Philippines. The letters delivered to Squilla’s office, around 275 of them, appeared to be limited to Philadelphia.

Squilla is still claiming, in spite of mountains of evidence to the contrary, that near neighbors really do love his 3D billboards:

“I know there is neighborhood support. We have been working on this for over 2 years to try and accommodate all concerns and make this the best bill possible. I would not move forward without community support.”

It should be obvious to everyone at this point that this statement is not accurate. It's time for Councilman Squilla to withdraw this bill.

The 5th Square PAC will be scorecarding this week's Council vote on the digital billboards bill. We strongly advise any Councilmembers planning to seek our support to vote NO in Council this Thursday.