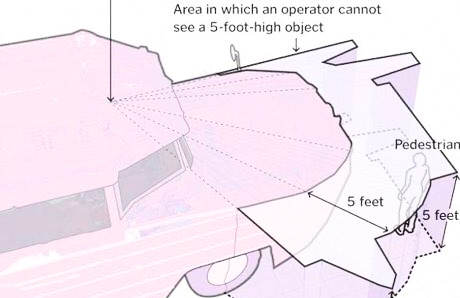 According to the official statement from Ride the Ducks (RTD), "Due to circumstances outside of our control, including a 330% increase in our insurance premiums, continued operations in Philadelphia are not financially feasible."

While many Philadelphians are relieved to hear this, it's not impossible that RTD or some other Duckboat operator could reincorporate under a different legal entity (with lower insurance premiums, perhaps) and (re)enter the local market and endanger lives once more.

Primarily for the above-stated reason, we believe it is necessary to ban Duckboat vehicles from Philadelphia's streets. We also believe this action may help embolden advocates elsewhere in the U.S. to rally for Duckboat bans in their respective cities, allowing Philadelphia to play an important role here as a national leader. Advocates in Seattle and Boston want to see Duckboat vehicles banned, and New Orleans already banned the military vehicles in 2014, by prohibiting "sightseeing buses capable of amphibious transportation."

According to Billy Penn, "from 2006 through 2008, Ride the Ducks reported to the NTSB having a total of 32 accidents on Philadelphia’s roads that didn’t lead to any injuries." This figure does not include the crash that killed Elizabeth Karnicki, 68, in Chinatown last year while she was attempting to cross the street, or any other crashes involving injuries or deaths.

We'll wrap with a quote from Robert J. Mongeluzzi, the attorney who is representing the family of Elizabeth Karnicki:

Through our extensive experience representing victims of duck boat disasters we’ve determined those vehicles are fatally flawed; they’re death traps on the water due to their hazardous canopy design and on land they are engineered to restrict the peripheral vision of the operator, creating significant blind spots... A city without duck boat tours is a safer city.