Society Hill NIMBY ('Not in My Back Yard') activists have been lobbying Councilmember Mark Squilla to help them make their neighborhood even more exclusive. Despite the Mayor vetoing this push last year, the bill is back and likely to pass City Council THIS THURSDAY. 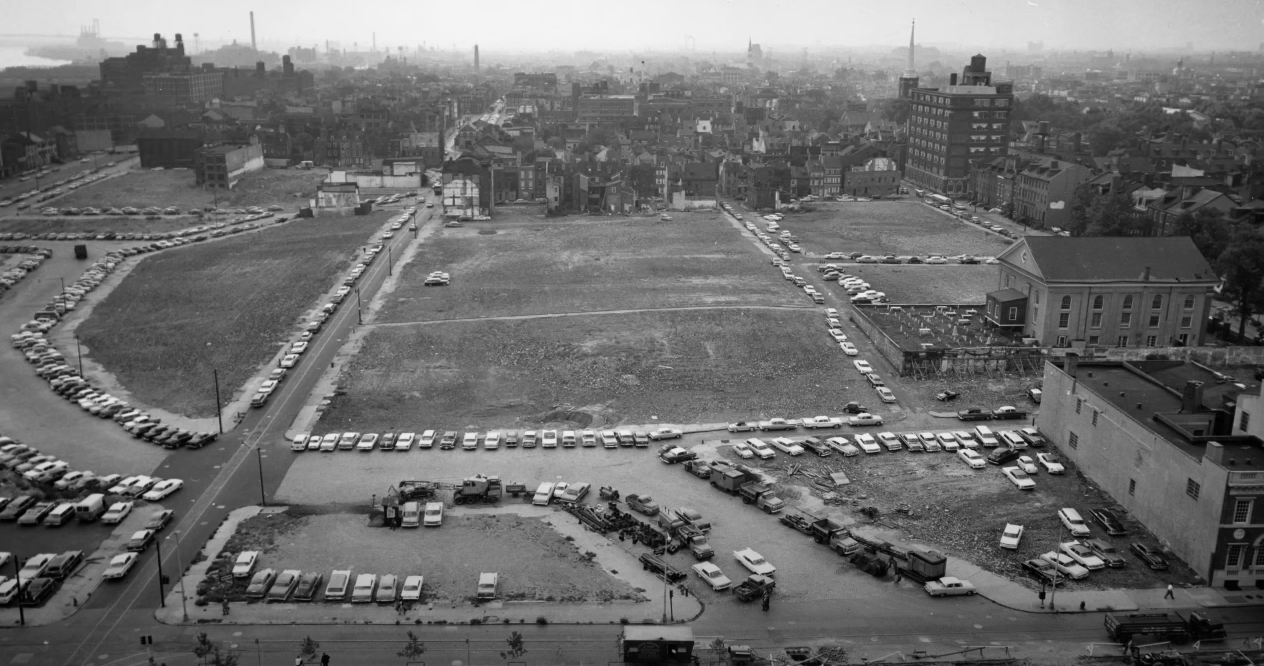 When no other neighborhood in Center City has this restrictive a limit for commercial zones, Society Hill is tightening their exclusivity and refusing to absorb their fair share of the demand for high-end housing. This will only send housing pressure outward to vulnerable neighborhoods in South, North, and West Philadelphia and accelerate displacement.

Can you take a minute to sign this petition opposing the bill (#200094)? If you live in or around the neighborhood, we are also asking people to sign up to speak in Council at this Thursday's session.

A huge thank you to everyone who responded to our call for action last week with the Bicycle Coalition to call on our State Senators to pass a clean version of SB565 -- the parking protected bike lane bill.

The bill would legalize parking-protected bike lanes on PA state routes, some of Philly's most dangerous roads, and reduce crossing distances for pedestrians. 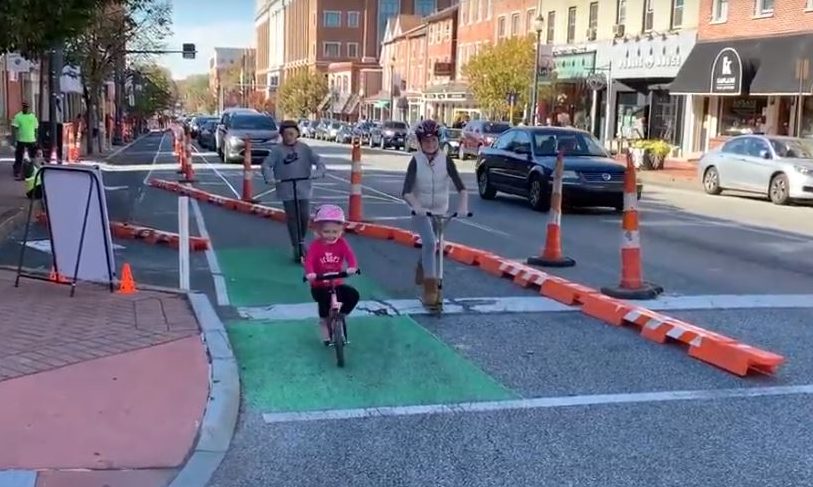 We were sorely hoping this bill would pass last week, but alas, it has been delayed and can be considered again on October 6th.

State Senator John Sabatina who represents Far Northeast Philly, is trying hamstring the bill with a bad amendment (A06486). This amendment would increase the required red tape and make it more difficult to create safe roadways in Philly -- and only in Philly.

If you haven't done so already, take a minute to tell State Senator to support SB565 and reject amendments that put safer streets projects in jeopardy.

The City just announced plans to put Washington Avenue on a road diet, slimming it from the current 5-lanes to 3-lanes for most of its length -- the most ambitious traffic calming option. The new design will finally make one of our city's most dangerous roadways safer for pedestrians, bus riders and cyclists. 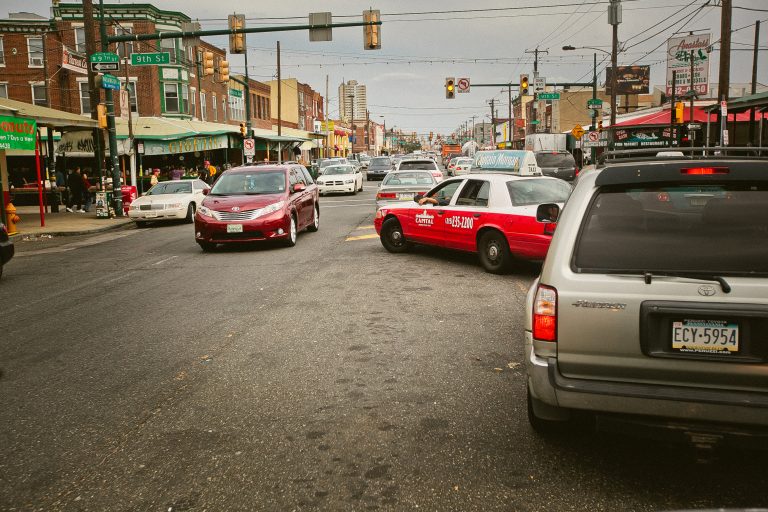 This comes following extensive public outreach which received over 5,400 responses of which 71% voted for the 3-lane configuration.

Washington Avenue is a good example of the value of 5th Square's long-term base-building work paying off.

Because we've been working on this issue since 2014, and organizing South Philly neighbors around pedestrian, bike safety, transit, and planning issues since then, we were able to engage people living near Washington Ave with the survey, activating hundreds of traffic-calming supporters in our advocacy network, and sending 2000+ text messages to nearby neighbors.

If you're as excited about this announcement as we are, join 5th Square today by becoming a member.

When you join as a member, you help us raise the resources we need to keep building and mobilizing that base of supporters again and again, whether it's for safer streets, better transit, or dozens of other local issues in your area, or in city and state elections.

Join 5th Square today, and let's work together to fix other major streets on the High Injury Network in 2020 and 2021.

A lot has happened since we published our petition for a safer Cobbs Creek Parkway two weeks ago. It has amassed nearly 700 signatures, most of whom are West and Southwest Philly neighbors -- and has helped push this issue in front of our local electeds and the media. 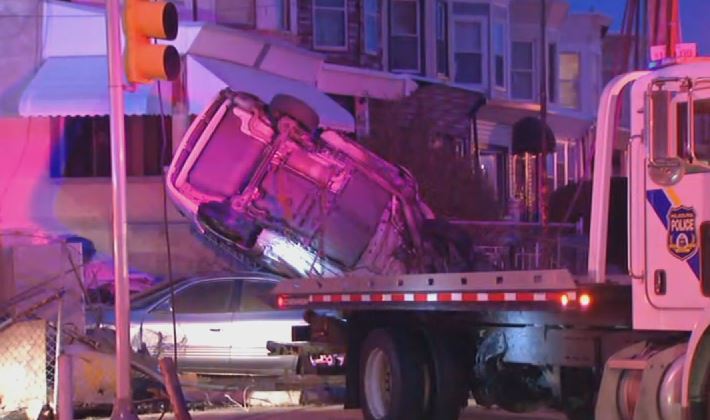 Join us in demanding a safer roadway before there are any more deaths.

Stay tuned for a virtual meeting organized by neighbors on this issue. Over the next few weeks, we will be wrapping up and sending off the results of this petition to PennDOT and the City with our demands.

The City would like to hear from you about three design ideas for the Broad, Germantown and Erie (BGE) intersection. If you live, work, shop, or take SEPTA near BGE, we want to know what improvements you want to see to the two triangles, streets, and sidewalks.

Wednesday, September 30, 2020, 6:00 PM - 7:30 PM
Whose History Is It? The Democratization of Preservation | Design Advocacy Group
Join DAG at a virtual Zoom event with a panel of activists, architects, preservationists, scholars, and citizens to talk about the role of historic preservation in upholding or dismantling structural racism.

Sunday, October 11, 2020 at 11 AM – 1 PM
The Discovery Center | Riverdays: Reintroducing the Strawberry Mansion Reservoir
The Strawberry Mansion Reservoir has sat, nearly untouched, for almost 50 years. What kind of impact does that have on the water quality? Or the plants that have taken root, or the animals that call this beautiful resource home?

WHYY | Essay: Philadelphia’s tree cover is vanishing. Here’s how you can help

Metro Philadelphia | Broad and Erie to get major redesign

The Philadelphia Inquirer | The 76ers could put a new arena where fans actually want to be: a guide

The Philadelphia Inquirer | A customized SEPTA Key is coming for Philadelphia students, adding to the card system’s inflating cost

The Philadelphia Inquirer | Federal appeals court strikes down SEPTA’s ban on political advertising, saying it has been arbitrarily applied

Bloomberg.com | How Cities Can Reclaim Their Streets From SUVs

Time | If We Are Serious About Racial Equality, We Need to Start in Our Own Neighborhoods

The Century Foundation | The Ugly History of Single-Family Zoning Resurfaces

From the pandemic to systemic racism and inequality, the Philadelphia Housing Development Corporation is asking artists to explore our present reality. 100 artists’ proposals will be awarded $1,000 each for community-based art projects. (Due 10/7)

For Our Future Pennsylvania | Canvasser

Philadelphia Community Corps | Board of Directors

PhilaPort (The Port of Philadelphia): Director Of Business Development