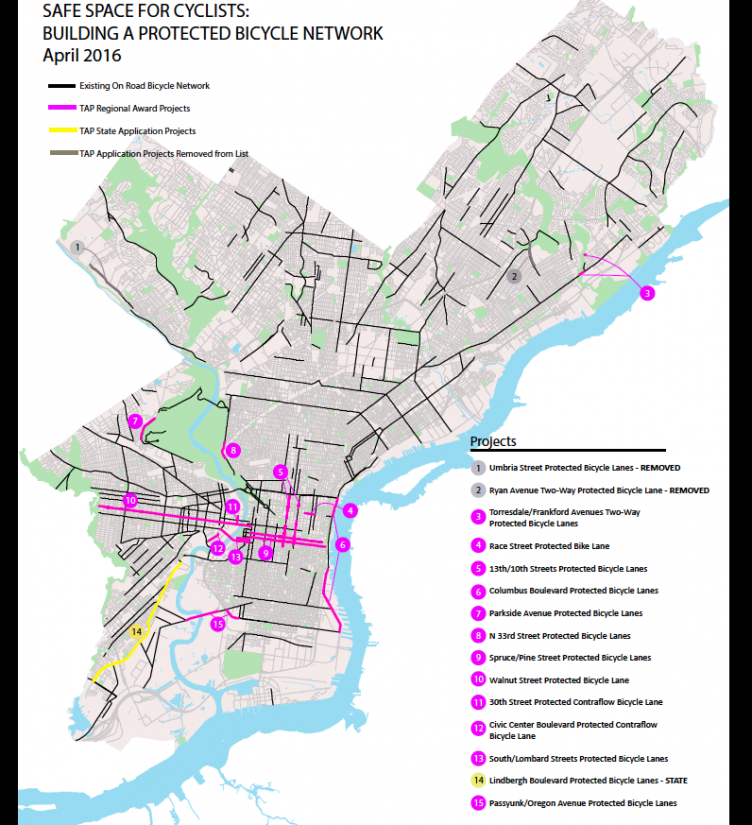 Philadelphia is the largest U.S. city without a single protected bike lane. But thanks to Mayor Kenney and the Delaware Valley Regional Planning Commission (DVRPC), that could soon change.

The effort to ensure safe, affordable modes of daily transportation got a BIG boost last week when DVRPC announced grants for 10 new protected bike lanes in the following areas:

But just because these protected bike lanes are funded, doesn't mean they're a done deal.

The City is planning a series of upcoming public meetings to collect feedback from neighbors, so you know bike lane opponents will show up.

We hear the Kenney Administration and Council are already getting calls from a small but vocal group of naysayers who wish to continue illegally parking in unprotected bike lanes because they believe a car entitles them to such perks at the expense of more vulnerable users of the street.

We must be prepared to counter such knee-jerk negativity and self-interest with a strong show of support.

As soon as public meetings are announced, we’ll tell you when your local meeting is happening so you can voice your support for Mayor Kenney's protected bike lanes.