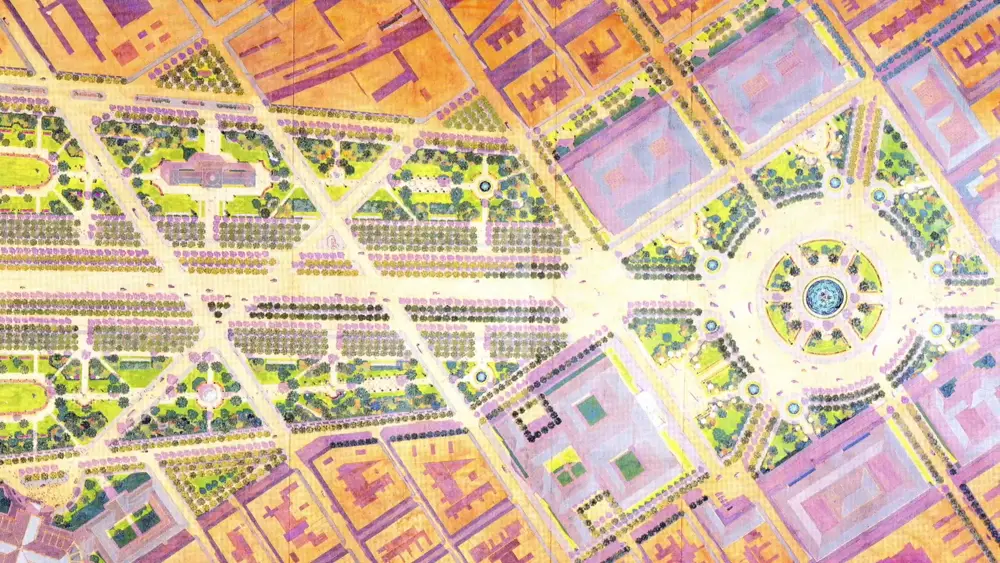 In the 100-plus years since Jacques Gréber designed the Ben Franklin Parkway, the ways in which Philadelphians have moved in and utilized public spaces has changed dramatically.

Wide-open boulevards intended for slow-moving pleasure drives have given way to a torrent of high-speed traffic coming in and out of the city. At the same time, cultural institutions and housing developments have steadily increased along the Parkway, as was originally intended; the newly announced Alexander Calder museum on the southern side is greatly welcome. While nothing can replace the level of integration of the thousands of buildings that were demolished for the Parkway, the City’s announcement to solicit proposals for reimagining the Parkway’s 250-foot right-of-way and 20+ acres of grass lots is a solid step forward.

In the best-case scenario, the resulting plan will reorder the Parkway’s hierarchy of mobility, replacing the majority of auto lanes that blatantly disrupt the ability of pedestrians, cyclists and transit riders to access its museums, plazas, and playgrounds safely and freely. In its place the city should install widened sidewalks, protected bike lanes, and bus lanes that will not only enable more car-free mobility, but also allow for moving many more people through the area than the Parkway’s eight-car travel lanes ever could.

We at 5th Square will be especially interested in the details of the plan to transform Eakins Oval. The City’s RFP and public statements call for connecting the Oval to the Art Museum steps for the first time, eliminating the single most dangerous unsignaled crossing on the Parkway. Our top priorities for this area will be sustaining and expanding the successful Oval programming, closing the parking lot, and allowing for free movement of pedestrians between Eakins Oval and the Art Museum.

This works hand-in-hand with another advocacy goal that we are supporting: the campaign to close MLK Drive to cars permanently.

With MLK Drive closed to cars, we can eliminate nearly all of Eakins’s hostile road lanes, and instead allow for bi-directional traffic on Spring Garden St and Kelly Dr to converge on the Binswanger Triangle in a low-speed roundabout. The remaining off-ramps to and from the Oval can then be repurposed to facilitate a reliable off-street cyclepath between the Spring Garden Greenway, the Schuylkill River Trail, and MLK Drive, finally creating a safe connection between these heavily used bike corridors. 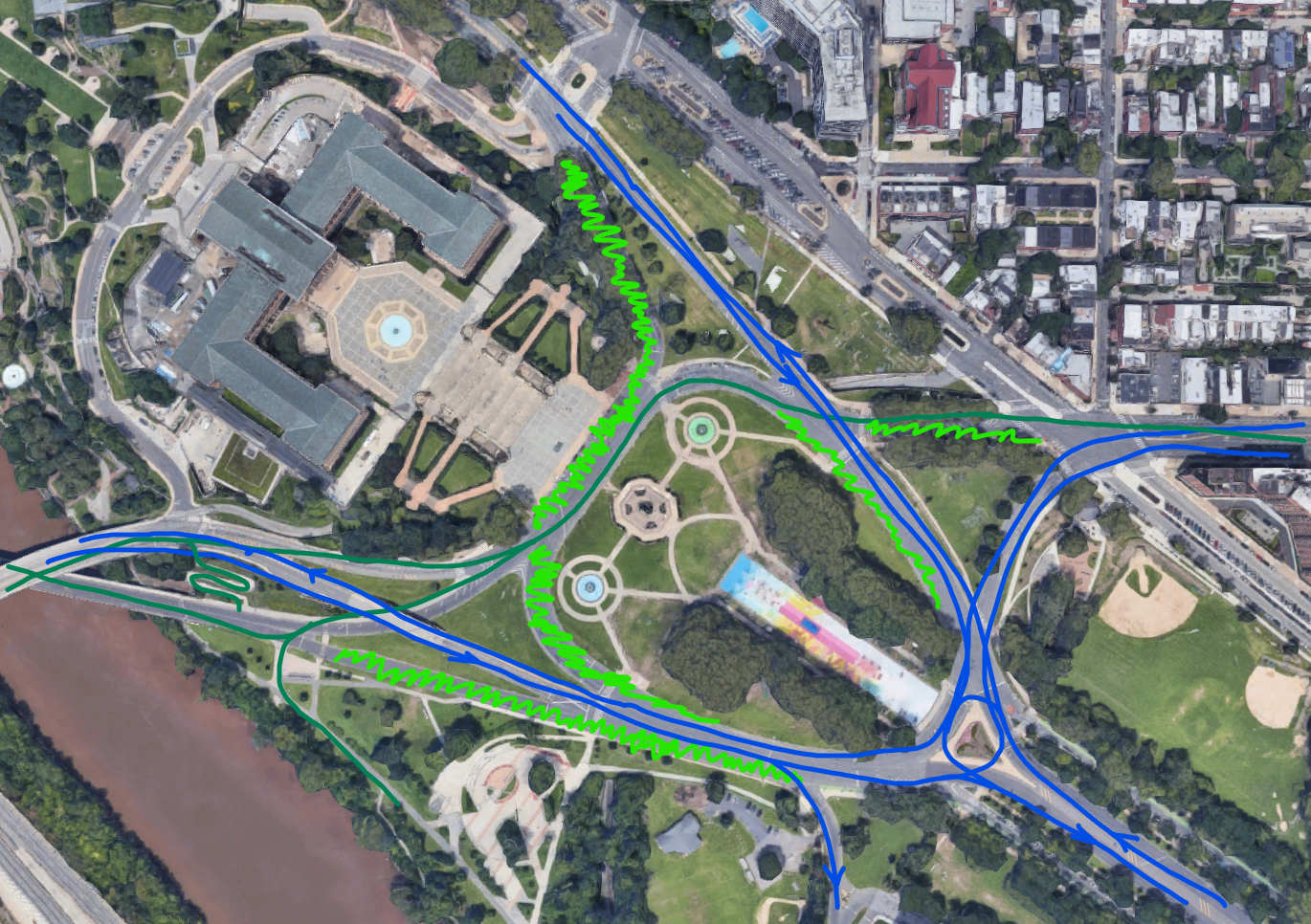 Along with this, 5th Square is also strongly opposed to the City’s proposal to add underground parking beneath Eakins Oval.

The oval has always been an inconvenient place for drivers to stop to park, which is evident in the low utilization of the current lot. The existing rail tunnel with active daily freight trains also complicates matters greatly. Any funding for parking would be better spent on improving the public realm, such as further I-676 highway capping. And the city’s goal in the RFP of finding additional revenue streams would be better realized by repurposing underused Parkway lots for contextual housing development. As both Inquirer architectural columnist Inga Saffron and Parkway historian David Brownlee have pointed out, a key problem remains the Parkway’s lack of density and human activity.

On the Parkway proper, we welcome the City’s intention to remove all cars from the outer lanes. If curb parking is also removed, then the entire outer lanes, 26 feet on each side, could be dedicated towards open Play Streets, cafés, and any other permanent amenities, as envisioned in the Oval+ pilot program in summer 2019. Additionally, the inner sidewalks could then be replaced with bidirectional protected bike lanes.

Over the course of a century, urbanist commentators from Jane Jacobs to Philly’s own Greg Heller have lamented the Parkway’s unrealized potential, and the dismal track record of incremental, small-scale plans that ultimately dance around the fundamental issue: the Parkway is too auto-centric, and must become a different kind of space altogether.

While the City’s RFP potentially breaks free from that kind of timid thinking, the pending traffic analysis could very well be sabotaged by one agency that has always favored the status quo: PennDOT. Their mission of upholding car capacity above all else is reflected in the design of streets like Delaware Avenue and other oversized arterial streets that form the backbone of Philadelphia’s fatal High Injury Network. PennDOT’s monomaniacal focus on cars counteracts any plan to humanize the Parkway, and the City must staunchly defend its intentions to deprioritize cars and take back control of its streets.

Ultimately, reimagining the Ben Franklin Parkway is not just about activating underused public spaces and adding economically lucrative events, but reclaiming an outdated, deadly traffic sewer that funnels cars from the outer suburbs directly into Center City. It is only with this mindset that the City and Mayor Kenney’s proposal truly succeeds in the most equitable, sustainable, and joyful outcome.