One Riverside could be the easily name of a new luxury condominium tower on the western edge of Manhattan. Coincidentally it is. Just add a “Park” to the end of the name and you’ll find new developments like this popping up along more established park space like Riverside Park in Manhattan or the High Line further down the western end of the island. Hudson Yards is the capstone of billions of dollars in investment along once disused elevated rail line; The High Line that former mayor Rudy Giuliani once sought to tear down. 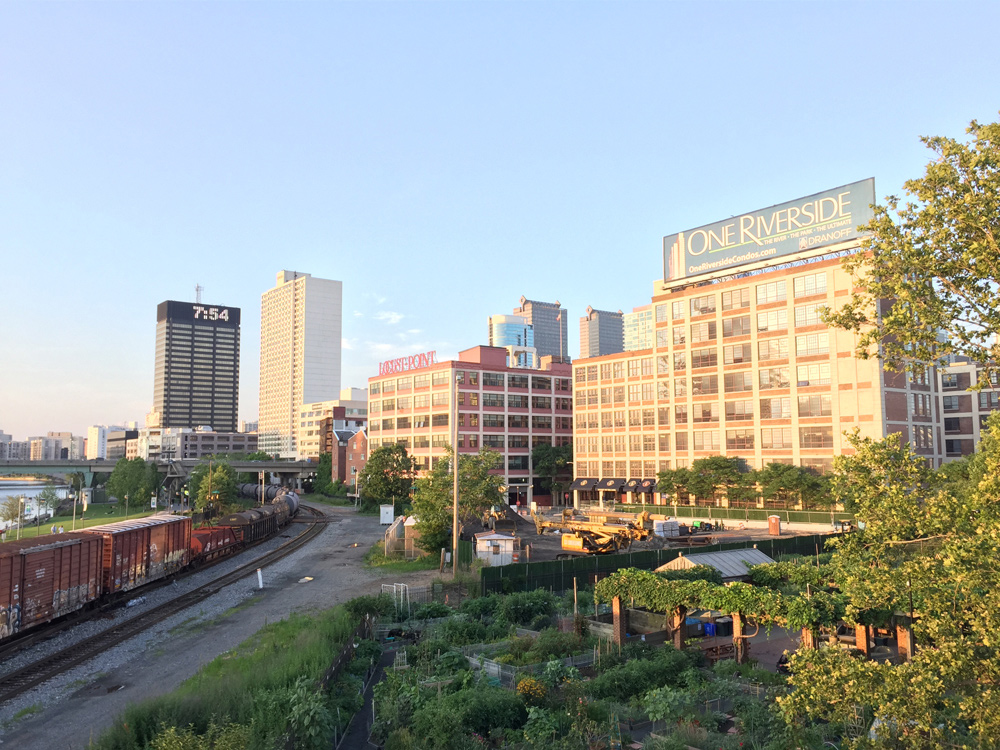 Yet Riverside One is Carl Dranoff’s new 22 story tower rising near the terminus of 25th and Locust Streets, and like many a development in Manhattan, it is targeted for luxury living. Units start at $625,000 and rise to $6 million for the bi-level penthouse. In Manhattan, these prices would be double to triple these levels. Regardless, what we are seeing at One Riverside and even to a larger extent 500 Walnut, Tom Scannapieco’s new ultra luxury tower rising next to Independence National Historical Park’s sprawling 6 block campus, is a park side premium.

In other words, nearby green space is creating greenbacks that developers are cashing in on. This follows a long trend of development patterns spanning back to the city beautiful movement of the late 1800s, and even further if you consider William Penn’s original plan for our city. Frederick Law Olmstead, pioneering soul that he was in landscape architecture, created New York’s world renown Central Park and left his mark here in Philly at FDR Park. The reasons of the city beautiful movement were more altruistic than just the financial gains that developers would realize building along the avenues flanking Central Park.

The city beautiful movement sought to directly improve the health of city residents through better planning. Park space was to be a respite from the wood and coal heating stoves that once made American city air thick, soupy and carcinogenic. Green space was to also provide a mental break from the hard edges of the urban form in its brick, concrete and glass. 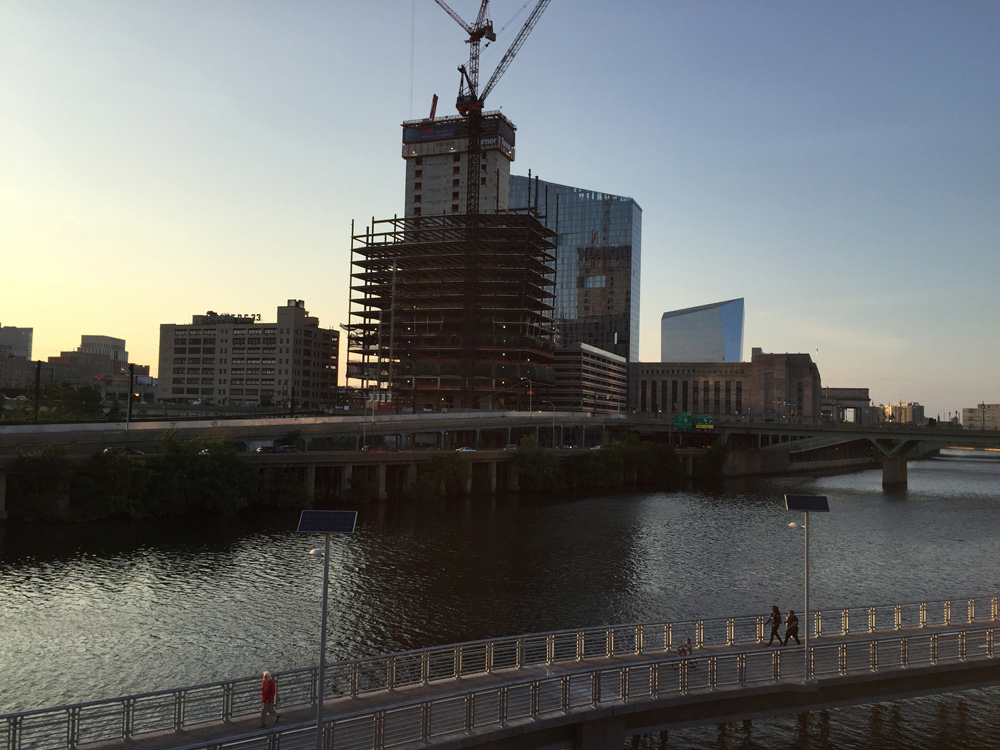 So the great conundrum of large, modern cities is concentrating economic, social, cultural and knowledge-based wealth in a small area, while still providing high quality living and green space amenable to our very nature. We can see the city beautiful movement, though it greatly improved our old core of cities, as unknowingly setting the stage for the urban destruction America would inadvertently embark on in the middle of the last century.

It was then that higher density, fully functional communities were razed to the ground as urban planners thought it better to house the low income in low quality high density high rises surrounded by unprogrammed green space with little more than grass. It was also this era that America nearly gave up on her cities writ large. Why live so close to my neighbors in the hot concrete of the Philadelphia when I could move to Montgomery County and live amongst the trees, rabbits and grass of an idyllic merging of nature and civilization?

Though America has since been starting to wake up to the cost of that lifestyle with unfunded infrastructure issues, high energy costs and the 40 billion we spend on lawn care per year alone, many still consider suburbia ideal. Suburbia is where kids can run free and play outside. The city’s sharp edges seem threatening to the soft underbelly of our children. 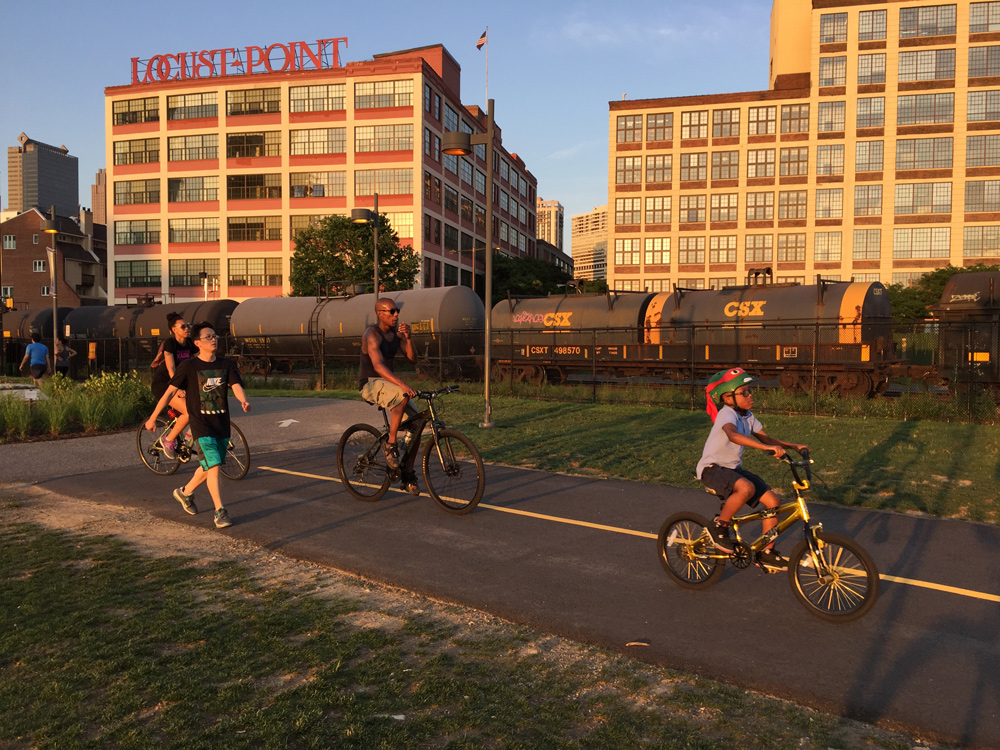 Green space dulls urbanity's jagged edges. Well-programmed and well-funded urban park space builds advantage against the leafier suburbs, yet we keep terminally underfunding our park land. Urban parks don’t require personal expenditures for a lawn service, or a leaf raking service or a high water bill. Yet in the parts of the city where green space is well-funded, either by the federal government (Independence National Historical Park, Washington Square), dedicated non-profit organizations (Rittenhouse Square) or via Community Development Corporations (Schuylkill River Development Corporation), residential development there is high-density, and this highly productive land funds higher percentages property taxes for the city of Philadelphia.

These highly productive properties are what fund services and infrastructure we all want: strong public schools, roads that get paved more than every 15 years and services for the less fortunate like housing preservation and stabilization funds or eldercare services.

Less than 15 years ago, the Schuylkill River Trail was little more than an idea. Yet it’s continued expansion southward has created a new space all Philadelphians can enjoy. It has also created the economic market for One Riverside with housing starting at $625,000. 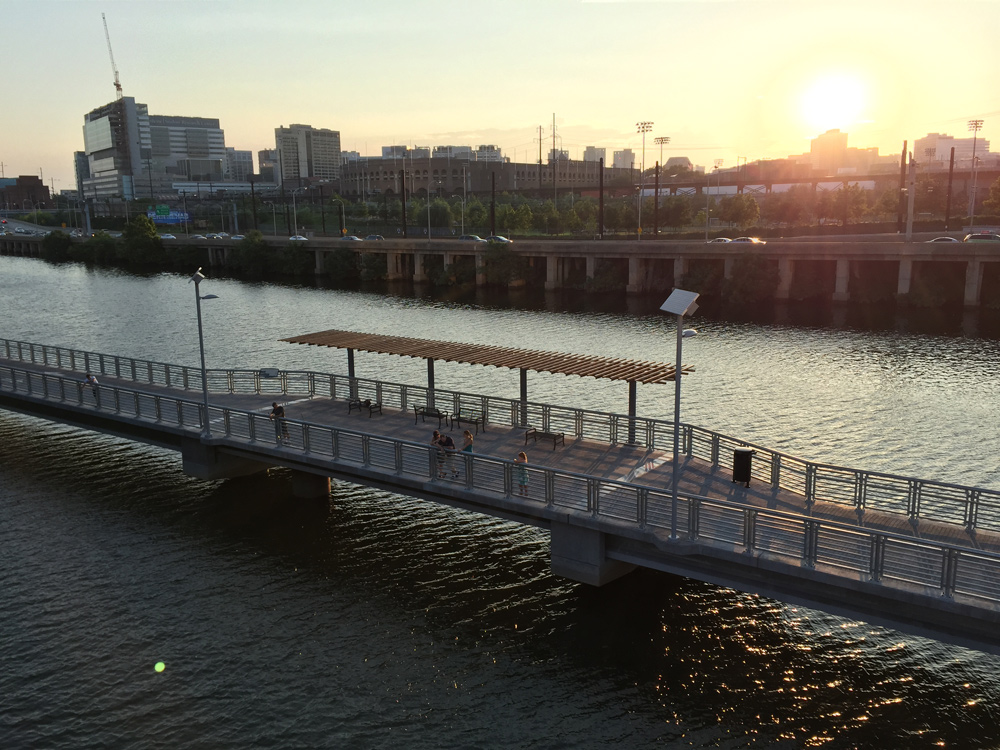 Is it fair that only the glittery urban core of Philadelphia gets to experience living so closely to newly renovated, well-funded parks? Absolutely not. But we don't fault developers like Carl Dranoff or Tom Scannapieco one bit for building housing that brings more wealth to a city with such a high poverty rate. Just like the city beautiful movement sought to address what we now call environmental justice issues of air pollution that the poor bear the brunt of experiencing, today our future mayor and council has the opportunity to address public health and quality of life, and a stronger school system through higher property values via vibrant parks and recreation centers. So why are they seen as a nice to haves rather than integral to our city’s physical and fiscal health? 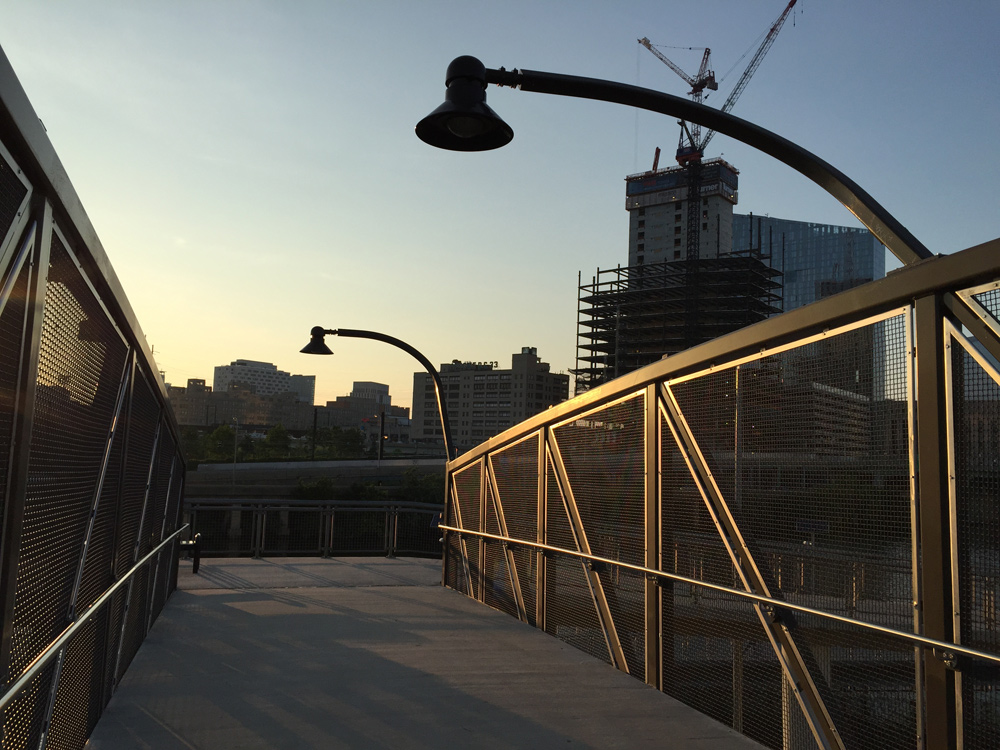 In the waning days before the primary held earlier this year I found myself crawling in my seat listening to most of the responses offered by the mayoral candidates at the Parks & Arts Mayoral Forum. Most were poorly prepared for the forum. When asked if they would prioritize park and green space funding many offered the same tropes about how schools must come first and parks can get the crumbs leftover once everything else has been paid. Schools must come first. But those schools are financed with property tax. Property value (and by default, property tax collection) is maximized by a vibrant, programmed, well-maintained parks and recreation system.

Just ask Carl Dranoff or watch the video his company created for One Riverside that heavily features nearby parks including Fitler Square. Green space created a premium for their units to fetch millions. It’s time we create value outside Center City for the folks who need it most by dramatically raising city funding levels for parks and recreation. We’ll recapture that value in taxes. We can further magnify return by taking proximity to well-maintained parks into account when we assess the land value portion of the property taxes already collected. We can also encourage additional density through denser zoning along our existing parks, where the city is most capable of handling additional population. This density would magnify the revenue the city collects that benefits us all in the form of schools, services and infrastructure. 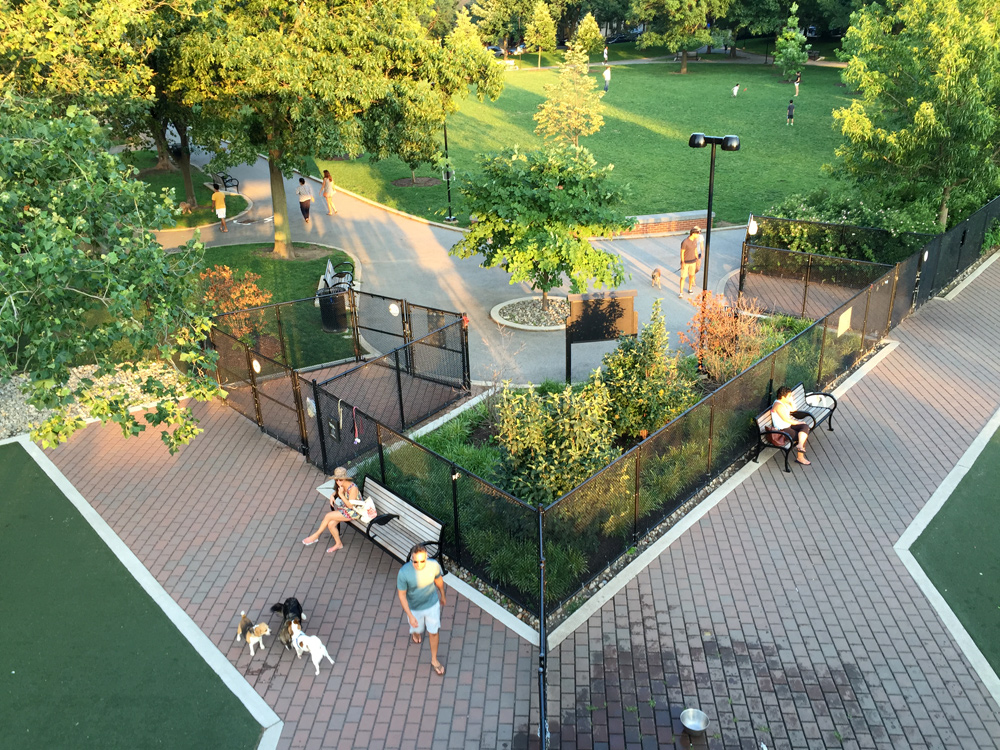 America may have turned to a suburban ideal a half-century ago. But as many turn back to the city, it’s our urban parks from the tiny space around the corner, to the vastness of Fairmount, that remind us that one of urban planning’s greatest conundrums: balancing quality of life vs. urban density, was actually solved a century ago by Frederick Law Olmstead, no push mower required.