Tanya Seaman: Why Washington Avenue Should be Designed by the Experts and Not Just by the Neighbors

We are deeply saddened by the passing of Tanya Seaman yesterday, March 17th, 2022, after a courageous battle with terminal cancer.

Tanya was a tireless advocate for Vision Zero in Philadelphia and our world is better off for having her. She was co-founder and past executive director of PhillyCarShare. In her role as co-chair of SOSNA's vision zero committee, she spearheaded multiple roadway safety projects in her community.  Her advocacy and leadership will endure in Philadelphia's built environment with everybody who uses our streets enjoying a safer and more-equitable means of travel. 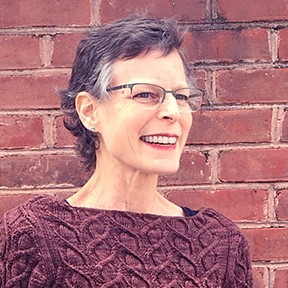 We are posthumously publishing the op-ed she wrote advocating for a safer Washington Avenue.

The City of Philadelphia wants to be sure to receive adequate support for OTIS’ plan to redesign Washington Avenue – support from all the demographics served by this street. The problem is this: It is those who have studied the traffic flow, the parking needs of the businesses, the crash data, the changes over time, etc. who are intimately familiar with the issues and what the best solutions are. They are the experts at designing streets to ensure that all users are safe and the street meets the needs of everyone traveling on it. And yet they are seeking the opinion of people who may or may not want change. Reasons for not changing the street are most often as vague as “I don’t want this street to change”. There is no regard for anyone not traveling by car. However, the proposed changes will improve the safety of those traveling by car, not just the safety of pedestrians and bicyclists.

Doesn’t the City have the final responsibility – and liability – to ensure that people are not killed and seriously injured on its streets? Shouldn’t this be the ultimate consideration? It is those most knowledgeable about streets and solving safety problems who should be the ones making decisions about Washington Avenue, not near neighbors who are not able to digest all of the data and who may only use one mode of travel on Washington Avenue.

The Merits of the New Design

Currently the presence of two lanes in each direction enables people to race to the lights (green or red), encouraging speeding and being less mindful of other people traveling on the street. Two lanes also encourage double parking, which clogs traffic and also results in speeding as people quickly merge from behind a parked car into moving traffic. This double-parking affects bus traffic as well, increasing travel time for those who use public transit as buses have a harder time navigating around parked cars.

Parking-protected bike lanes prevent cars from parking in the bike lane, which currently results in bicyclists having to merge with moving motor vehicle traffic – something that is very dangerous. As some businesses see the bike lane as an extension of their on-street presence, the bike lane is often blocked by delivery trucks, spilled materials like gravel, and signage, also forcing cyclists to merge into traffic. A protected bike lane encourages more people to ride a bike who otherwise wouldn’t, which can lead to fewer people driving along Washington Avenue and other adjacent streets. It is important to provide adequate, separated bike lanes so that cyclists have multiple options for traveling. Without options, many will choose not to ride, or might even ride on sidewalks to feel safer.

Reducing the number of motor vehicle lanes reduces the crossing distance for pedestrians, which is important for those who walk more slowly and for those who don’t begin walking right when the light turns green. The parking lane acts as a refuge island so pedestrians can stop part way across if the light changes. Two lanes of traffic reduce the visibility drivers can have of crossing pedestrians, as cars don’t always stop behind the crossbar.

Finally, changing a street to address all the users on a street does not change the makeup of a neighborhood: It does not cause or prevent gentrification. It simply responds to the needs that have not been met for a very long time, because all efforts in the past have been toward ensuring that drivers of motor vehicles are accommodated, without regard to other street users such as cyclists and pedestrians. As we are now in the time of climate change, we need to be sure to accommodate people using active transportation – including public transit – in order for our people to breathe cleaner air, be physically active, and be less dependent on cars.

The City of Philadelphia has been receiving input on this redesign project for almost a decade now. It continues to solicit input, and it is time to say enough of this; we need to make this street safe. http://www.phillyotis.com/portfolio-item/complete-streets/

And there is already plenty of support for the project, per several articles already printed in the Inquirer:

Tanya Seaman earned her master in City Planning at the University of Pennsylvania, with an emphasis on public transit and active transportation. Soon afterward, she co-founded and directed PhillyCarShare, which became the largest nonprofit car-sharing organization in North America, enabling 50,000 residents to give up or forgo car ownership and saving the City of Philadelphia over $8 million, with 330 fewer vehicles in its fleet. Tanya has played an active role in her neighborhood as a member of the South of South Neighborhood Association (SOSNA) zoning and economic development committees, and currently as the founding leader of the Triangles Committee and co-chair of SOSNA’s Vision Zero Committee.