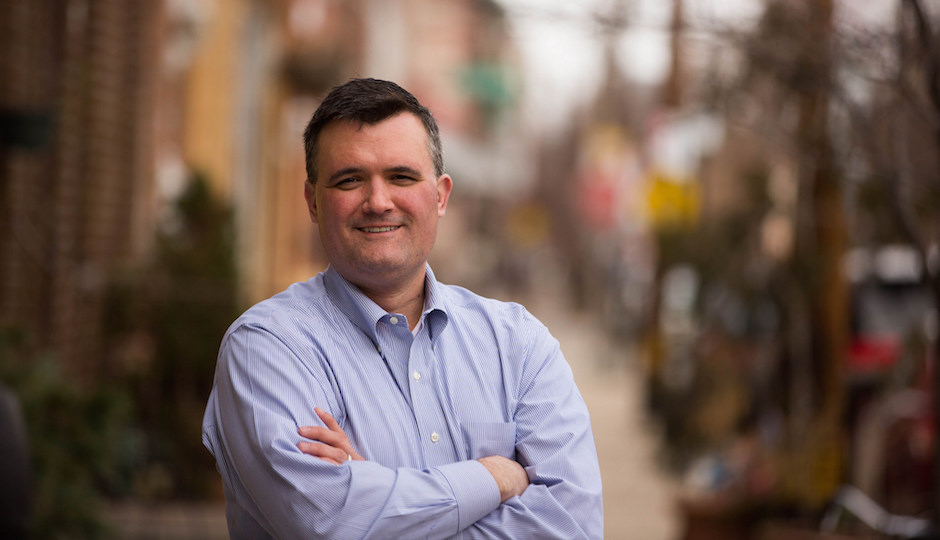 I am running to raise the bar in South Philadelphia by improving our schools and increasing job opportunities for our residents.  On education, I have experience in the classroom as a teacher, in the neighborhood as an activist for our neighborhood schools and at drop-off as a father of a Jackson Elementary student.  On jobs, I paid my way through college by working jobs on the factory floor, tire shops and loading docks and worked for years at a large publicly traded company setting strategic plans and plotting growth.  On land use and transportation, I am not just talking. I tell truth to power every day in my job representing townships and cities around PA by rolling up my sleeves and helping mayors and managers make critical decisions about land use, blighted property and basic services.  I see every day how the General Assembly is pushing our communities to municipal bankruptcy and am working in the trenches to turn that tide.

The best way to safeguard Act 89 funds is to ensure municipalities are fully funded so they don’t have to eliminate their local services and rely on things like the state police and private trash collection in order to provide their citizens with basic goods.  The Commonwealth’s failure to adequately fund local governments is the root cause of this raiding of funds for transportation.

Those funds should instead be used to strengthen metro area transit systems, which have been shown to increase economic output and opportunity when fully funded and well designed.  As your State Rep, I will make SEPTA one of my passion projects and ensure that the Philly Metro Caucus pushes for full SEPTA funding in the legislature.

Pennsylvania’s transportation infrastructure is crumbling. We have 4,500 structurally deficient bridges.  The American Society of Civil Engineers gave our roads a D-. And SEPTA is perpetually underfunded by a Republican dominated Board of Directors and GOP General Assembly.

Our failing infrastructure is a drain on the economic opportunity, public safety, and quality of life our citizens.  It is incumbent upon the General Assembly to address these issues in an aggressive fashion and bring Pennsylvania’s transportation infrastructure out of the 19th century and into the 21st.

Raising revenue is necessary to address these issues, so I support state tolling on federal highways throughout the Commonwealth to ensure that our citizens have a fighting chance at the economic opportunity and quality of life they deserve.

3. Will you advocate for the expansion of the Broad Street Line to the Navy Yard? How should the state pay for this expansion?

I do advocate for the expansion of the BSL to the Navy Yard because it will open up more economic opportunities for the citizens of South Philadelphia and the entire Delaware Valley region.  This expansion and other infrastructure projects should be paid for from both the state’s general fund (which we must grow with a progressive taxation system that raises more revenue from wealth and less from wages) and a slight increase in the state’s gas tax.

Too many pedestrians are killed in Philadelphia each year, and many of these deaths happen at the same intersections in the city. It is a moral responsibility for us to protect the health and safety of our citizens, and we should try new and innovative ways to prevent these tragedies.  I would introduce legislation allow municipalities to pilot photo-enforcement speed cameras.

6. Pennsylvania is the only state in the U.S. that bans local law enforcement from using radar for vehicle speed enforcement. Recently a Mayor's Radar Coalition has formed to support lifting the state ban. Will you co-sponsor legislation to lift the ban?

The General Assembly is quite good at preventing municipalities from doing their job and improving the quality of life for their citizens.  I know this because I work with municipalities every day as they work to improve their services for hardworking people throughout the Commonwealth.  This radar ban is another ridiculous attempt by the General Assembly to tie the hands of local officials. I would co-sponsor legislation to lift the ban.

7. The Central Delaware Overlay zoning is the result of years of public planning, but the community’s vision of a walkable, publicly-accessible, mixed-use district has been very slow to take shape. What qualities does Delaware Avenue/Columbus Boulevard—a PennDOT-controlled route— need to have to support that pedestrian-centered vision? Does it have those qualities now?

The development on Delaware Ave and Columbus Blvd is an example of what happens when we as a community give permit developers to make public planning decisions.  The Watermark Towers sit in a desert of commercial and retail space in a prime spot on our waterfront. A Wal-Mart has the best view of the Delaware in South Philadelphia.  In Fishtown, we allowed a casino to build a thousand parking spaces and take up dozens of acres of land even though the rest of the surrounding neighborhood is quickly becoming an urbanist destination.  So, the foundational issue here is that developers have been given carte-blanche to make planning decisions on the Delaware.

The Delaware/Columbus corridor needs three key things to support a pedestrian centered vision.  First, it needs accessible connections to the neighborhoods on the western side of the street. From Pennsport to Port Richmond, residents are forced to cross four to six lanes of fast moving traffic to access the waterfront.  This is the existential problem for any dream of a pedestrian corridor. We need changes to traffic patterns/calming and more ways for pedestrians to get to the water.

Second, we need smart, dense retail development with more storefronts and less parking.  Obviously, demand will be an issue at first if we do not fix the accessibility problem. But getting people to the waterfront would make retail an attractive option for businesses.

Third, we need smart, affordable residential development.  Instead of building $500,000 condos in the shape of a ship, we should be building affordable apartments and homes along the river.

This question strikes at an age-old issue in regional planning:  how do we get different municipalities and governments and agencies to work together?  It is important to strike a balance that allows local municipalities to serve their constituents while also promoting policies for the Commonwealth’s greater good.

We need not look further than our fellow states to see examples of state government playing a positive role in easing these tensions.  In New Jersey, there is an imperfect but impactful law that requires municipalities to have a certain share of affordable housing. In Colorado, the state supported a Denver-area Regional Transit Development agency that successfully created transit-oriented development zones around the city’s new light rail line between the airport and downtown.  And voters in California have backed state efforts to create urban growth boundaries as an anti-sprawl intervention. These are the types of things that the General Assembly can do to solve issues, and while it will take grand coalition building and lots of work, it is possible to get diverse stakeholders on board with these policies.

Yes. Transit-Oriented Development is an amazing strategy for increasing affordable housing, containing sprawl, and protecting our environment by making folks less reliant on the automobile.  I would support amending the state’s MPC to encourage TOD. What might also help me as State Rep is: as a part of working with my municipal clients, the MPC is part of my everyday experience.

Design-Build firms have changed the face of public construction projects and our laws have lagged behind this development.  The Separations Act should be repealed and replaced (to use a horrible GOP slogan) with legislation that reflects the evolution of the civil engineering industry and the ability for firms to expertly tackle many facets of large-scale public works projects.  Another thing that might assist me as a State Rep is: I work with my clients everyday on projects that implicate the public bidding process.

12. The Interstate Land Management Corporation (ILMAC) was created by Commonwealth legislation to manage land underneath and adjacent to I-95. The State Representative serves on ILMAC’s board on a rotational basis. On a scale of 1-5, rate your support for the following changes at ILMAC. (1 is lowest, 5 is highest)

13. Tell us more about what you bring to the table as an ally for urbanist politics in Harrisburg. What makes you the right person to advance the urbanist movement’s goals politically or substantively at the state level?

I have experience at getting things done in the neighborhood and around the Commonwealth regarding the issues that this organization so well advocates for.  I deal with issues related to infrastructure, water, wastewater and transportation law (and potential law) every day in my job working with leaders around the Commonwealth as they must make real decisions for their communities.  Simply put, I know how to get things done and get them done in a transparent and constructive way. I have the experience to get to work on these issues on day one in Harrisburg and I am excited to get started.

Since I am not taking any special interest money (PACs) and have capped individual donations at $500, you will never have to wonder who I am working for in Harrisburg.  I will be working tirelessly to help improve the lives of people in South Philly who for too long have really been an afterthought in South Philly elections.