Citizens of New York City rejoiced this week as their Transportation Department announced that motor-vehicle deaths will be at their lowest rate in a century. Through December 26th, 196 fatalities were recorded, an 11% reduction since 2017. The City attributes this to their long-term dedication to Vision Zero, a strategy to eliminate all traffic-related deaths and severe injuries, while increasing safety, health, and mobility for all.

If Philadelphia had New York City’s traffic fatality rate, we would see 36 deaths in 2018, as opposed to our current count of 88. This means 52 more people would likely be alive today if we could muster the resources, energy, and urgency behind Vision Zero like our neighbor to the north. Our safety record instead remains stubbornly dismal as we fall behind peer cities.

Last week, Mayor Kenney tweeted an underwhelming list of street safety accomplishments for 2018, based on the one-year progress report on its Vision Zero Action Plan. 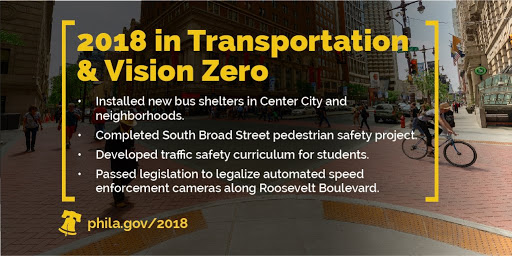 Let’s examine what the city has accomplished, and see what still needs to happen, politically and physically, to improve the safety of our streets.

Presenting -- in no particular order -- The Top Ten Vision Zero Opportunities that Philadelphia Missed in 2018.

While the Mayor lauds the City redesigning a few intersections on South Broad at a cost of $2.9 million, there is much more to be done on this perennially hazardous street. These intersections received not much more than a visual facelift, with no shortening of pedestrian crossing distances or any new physical protection from speeding vehicles.  North Broad Street also remained untouched, which is especially concerning since low-income communities are disproportionately affected by traffic violence. There is a light at the end of the tunnel here, North Broad is slated for medians from Girard to Cecil B Moore, and they cannot come soon enough. However, to see Broad Street’s true potential, one needs to look at a similarly-configured main artery in Brooklyn -- Fourth Avenue, and its transformation into a true complete street. 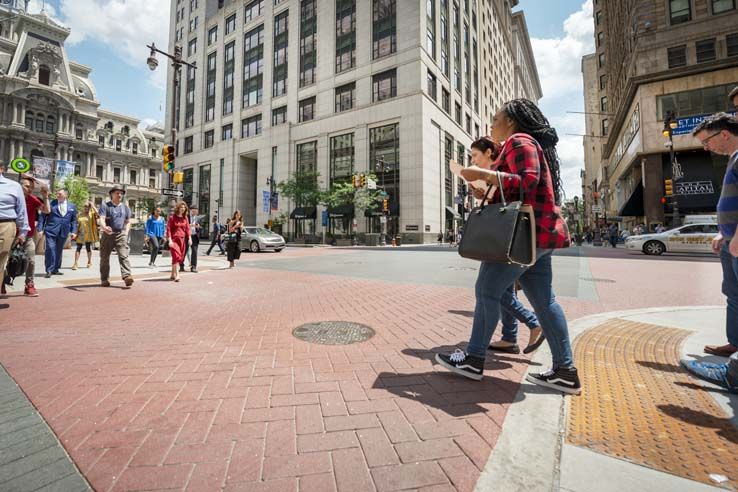 In Northeast Philly, the passing of speed camera legislation along Roosevelt Boulevard was a huge win for safety advocates and those who use this deadly thoroughfare whether as a pedestrian, rider, or motorist. This landmark bill was a significant achievement of our State Government; we need to see our local politicians follow through with their support of this initiative and introduce corresponding legislation and cooperation from the city and PPA in its implementation. To be truly serious about Vision Zero goals, automated enforcement needs to be expanded to include all of the city’s most dangerous streets.

In Center City, two prominent protected bicycle lane projects have been scaled back and delayed.

Spruce and Pine Streets in Center City were due to be repaved and restriped in 2018. Originally proposed to become a protected bicycle route, the project has scaled back by the City and been delayed until the Spring of 2019. Recent designs have the bike lane moving to the left side and remaining largely unprotected, with the City deferring to those who wish to continue use one of this city’s most popular cycling routes as temporary storage for their vehicles.

A similar push for a 6-month pilot of protected bicycle lanes on Lombard and South Streets leading to and coming from the South Street Bridge has met a similar fate.  First, the proposed protections on Lombard Street from 22nd to 27th streets were nixed by City Councilman Kenyatta Johnson.  Then, with the recent repaving of South Street in October of 2018, we still have yet to see the city install these promised protections on this busy road. 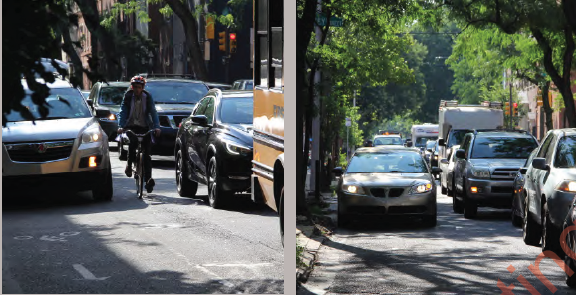 Daylighting, a term almost non-existent in Philadelphia, is a straightforward improvement that makes everyone on the street easier to see at intersections, but it requires political will to enforce parking regulations.  One needs to only look at cities like Hoboken to see daylighting in action.

Even worse than the problem of illegal parking is an insufficient enforcement of vehicle moving violations. Philadelphia has seen a trending decline in traffic citations over the past five years while crashes have continued to increase.  Rolling through stop signs and general disregard for speed limits can be attributed to countless incidents including the death of an 11-year old in South Philadelphia. City support for the creation of civilian traffic officers, which 5th Square supports, along with more robust automated enforcement is needed to stem these incidents.

6. Death of a Pedestrian Plaza in Fishtown

In the Riverwards, the City killed a proposed pedestrian plaza in Fishtown despite support from the local neighborhood association, citing a lack of unanimous agreement.  Instead, bowing to a small-but-vocal minority of motorists who want to keep the corner as a space to illegally park their cars. 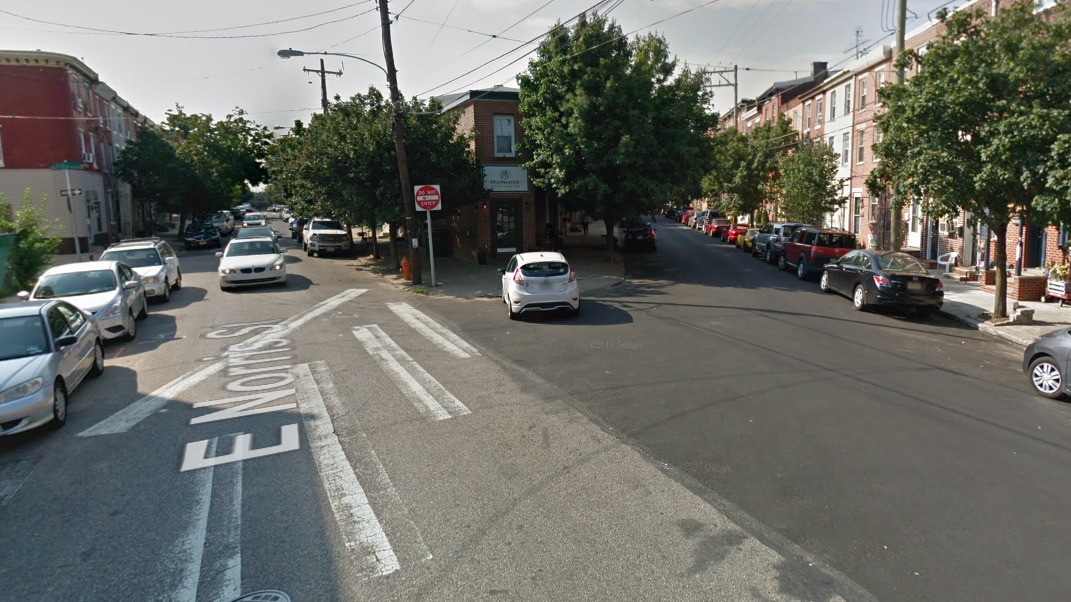 In West Philly, the Trolley Portal Gardens opened this year at 40th street with much fanfare. This impressive project involved a variety of agencies working together in an unprecedented way, however, it ignored the dangerous road condition directly adjacent to it on Woodland Avenue. There is a notable lack of direct, safe pedestrian access from this new civic space to the ever-popular Woodlands Cemetery to its south. 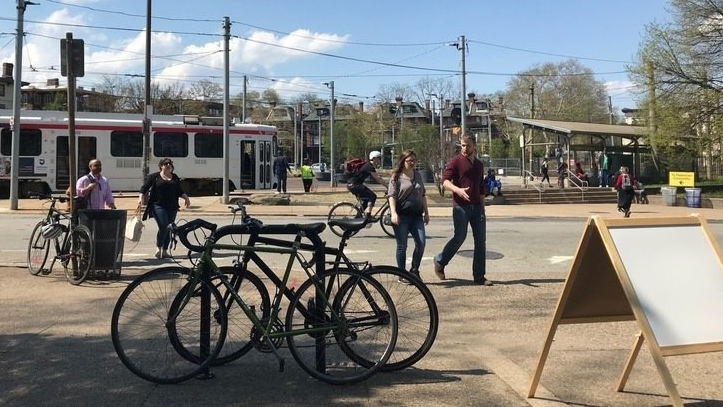 In Northwest Philly, the Lincoln Drive Restoration Project presents another missed opportunity to make real headway towards Vision Zero goals.  The project repaved the street with “high-friction” asphalt, changed the median barrier, and improved lighting, however, it kept lane configurations exactly the same. Little was done to reduce vehicular speeding, the main cause of road deaths, along this famously treacherous road.

Lincoln Drive before the "Restoration" Project

In Southwest Philly, 2018 saw the repaving and installation of a buffered bicycle lane along the wide shoulder of Lindbergh Blvd west of 65th street, a piece of the high-injury network. However, this new bicycle lane remains unprotected despite being an obvious and identified target.  This road is especially harrowing considering vehicles race down it at double the speed limit.

Lindbergh Blvd is only one of many repaving projects in neighborhoods across Philadelphia that has resulted in much of the status-quo. Bike lanes remain unprotected, pedestrian crossing distances unchanged, and vehicle speeding is still encouraged through poor design.  This is despite a state transportation grant in 2017 for 17 lane miles of protected cycling lanes.

Protected bicycle lanes need to be the standard, not the exception. 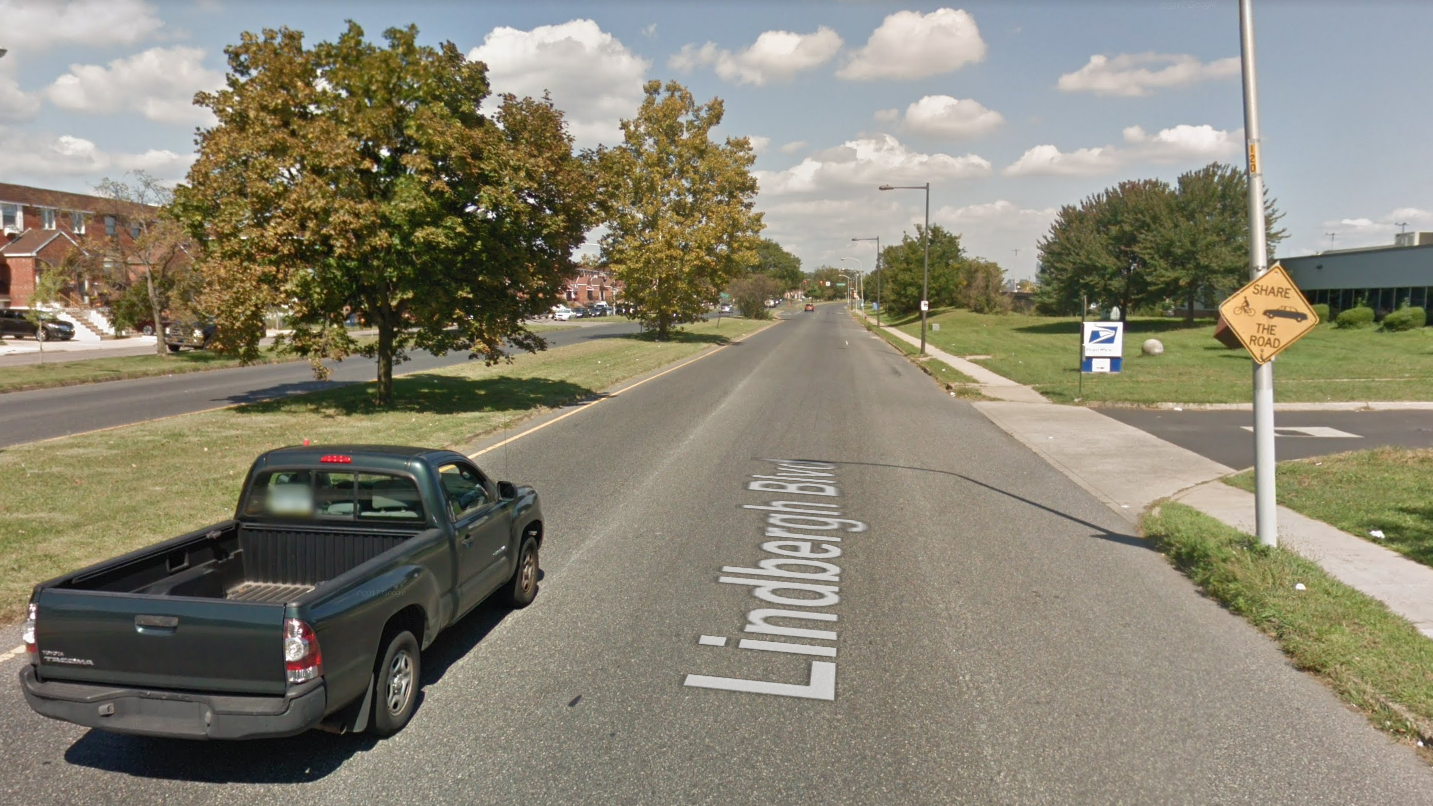 Lindbergh Blvd at 74th Street before the Bicycle Lane

One promising initiative in 2019 are comprehensive safety plans for selected areas of Philadelphia, called Neighborhood Slow Zones. The City’s Office of Transportation, Infrastructure, and Sustainability has set forth an application for communities to apply, out of which, they will select two sites to proceed with this program.

Instead of a Hunger-Games-style approach to safe streets, 5th Square advocates for this basic right for all our citizens. Instead of asking groups of volunteer citizens to scramble and do the hard work of city planning and engagement, we want to see our City administration itself to do its job in making our streets safer for everyone. One needs to look only to New York and its dozens of newly-created neighborhood slow zones to see where we need to go. 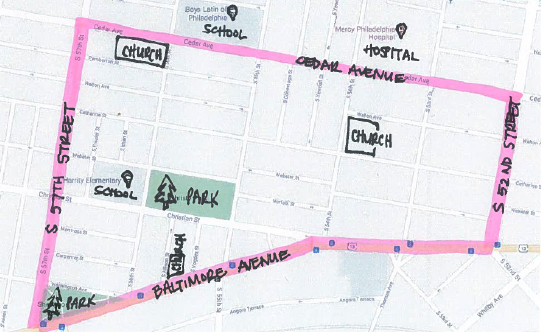 How do we solve these problems?

We need our City’s government to, like our peer cities, devote the appropriate resources, energy, and urgency behind Vision Zero initiatives. Federal grant money continues to remain unspent, we just need the political will to use it. First and foremost, we have to muster the political will to do the right thing, the City must demonstrate reasonable care to protect its citizens from harm, in order for us to see a tangible change in Philadelphia’s dangerous streets.

New York City, who is just now reaping the rewards of the streets transformation they started a decade ago worked quickly to implement temporary pilot projects to test ideas and get community buy-in quickly. Instead of endless meetings to reach consensus, the feudal power of the councilmatic veto, and multi-year planning reviews, the City needs to untangle itself from this bureaucracy and emulate the New York City model in order to make any headway towards its Vision Zero goals.  If New York City worked like Philly, the iconic Times Square pedestrian plaza would still be a sea of gridlocked cars, each tiny street change hampered by political hand-wringing, and hundreds of more people would have been victim to the city’s streets.

As former NYC transportation commissioner, Jeanette Sadik-Khan put it best, “Our streets for too long have just been looked at as a place to move cars as fast as possible, from point A to point B, or to just serve as parking lots. And these cars basically sit on the side of the road unused 98 percent of the time. That’s not a really good use of one of the most precious resources a city has: its streets.

“And so designing streets for people, that make it easier to bike, easier to walk, and easier to take the bus — that’s the kind of recipe for the future success of cities. And the cities that make these investments and changes are the cities that are growing and thriving in this century.” 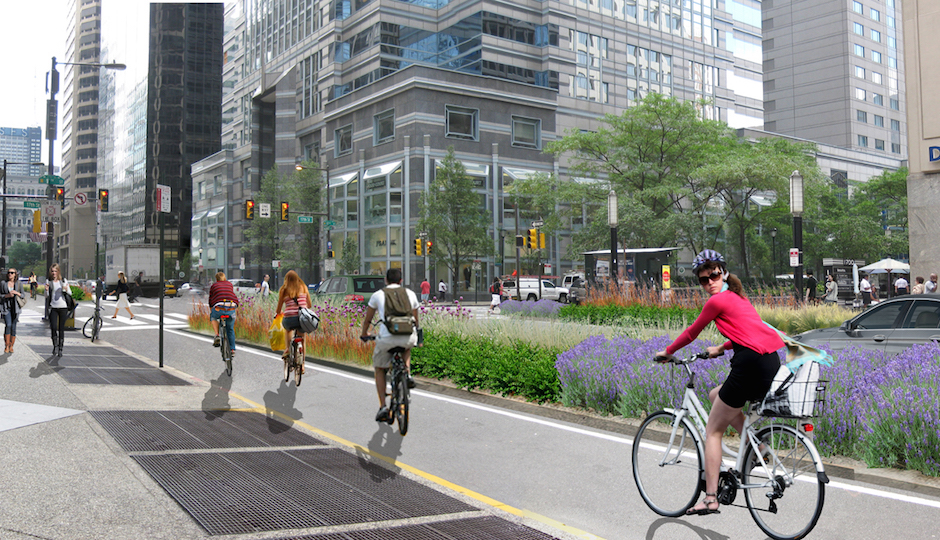