We endorse the Council President’s amendment and appreciate his efforts to bring about structural change to the way we enforce the laws that govern our city’s streets. 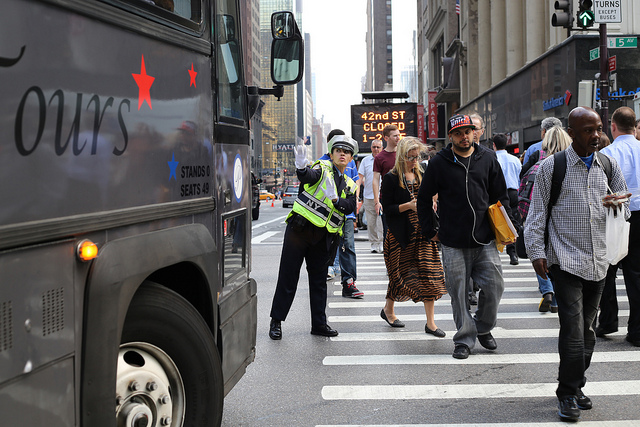 “Traffic cop” by Timothy Krause is licensed under CC BY 2.0

There is no doubt about it, congestion in Philadelphia is worse than it’s ever been.  Our ever growing population, economy, employment and development, combined with the increasing usage of online delivery services, and ride-hailing apps have created a perfect storm of congestion which is plaguing Philadelphia’s streets. Along with that has come a tide of preventable injuries and deaths that result from motor vehicle crashes. The city has seen traffic fatalities increase from 76 in 2016 to 99 last year.

Philadelphia has adopted the Vision Zero philosophy that embraces engineering, education, and enforcement as tools to ultimately eliminate all traffic-related deaths and severe injuries.

Looking to beef up the enforcement leg of this philosophy is City Council President Darrell Clarke, who proposed an amendment to the City Charter that creates the position of public safety enforcement officer in Philadelphia. Taking a page from peer cities like Chicago, Baltimore, Washington and New York, these un-armed officers would enforce quality-of-life crimes and code violations, assist with special events, and help regulate traffic flow. 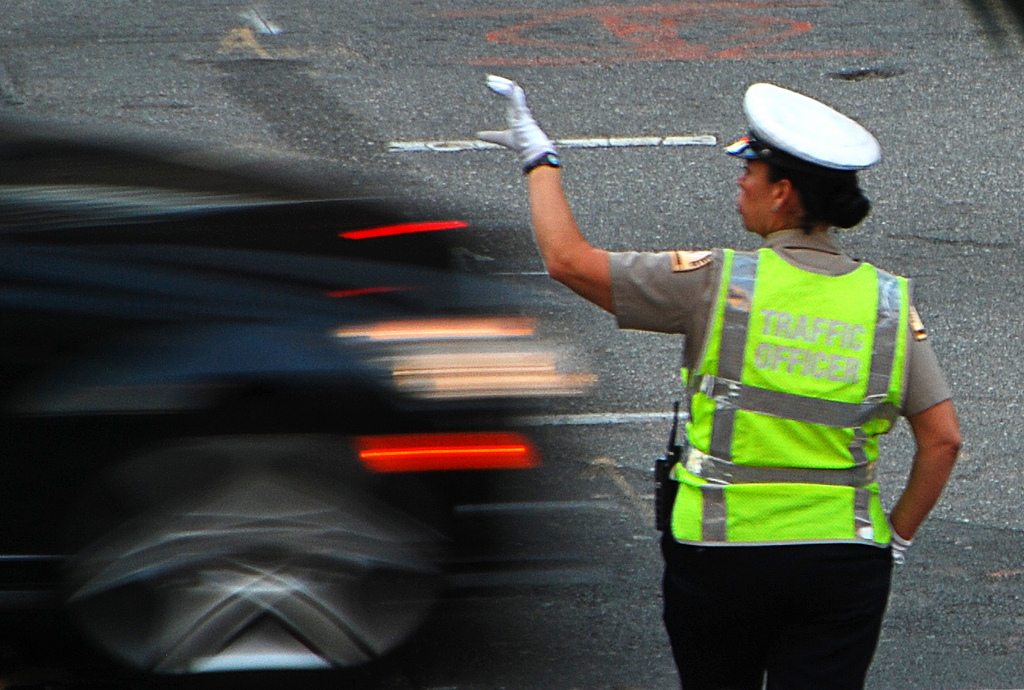 “traffic officer” by Chris Yarzab is licensed under CC BY 2.0

At 5th Square, we believe first and foremost in the power of smart engineering changes to create intrinsically safe streets for all users: drivers, pedestrians, and cyclists alike.  Education and enforcement are also necessary elements to achieve the ultimate goal of Vision Zero.

We endorse the Council President’s amendment and appreciate his efforts to bring about structural change to the way we enforce the laws that govern our city’s streets.  Increased enforcement can deter many of the leading causes of traffic injuries and deaths: speeding, distracted driving, disobeying traffic signals and failure to stop for people walking.  Cities that comprehensively enforce traffic laws see significantly fewer traffic crashes and fatalities.

Enforcement of traffic laws has gotten short shrift lately with the police department choosing to focus their efforts on more serious crimes.  2017 saw 35 percent fewer traffic citations than five years prior.  Having officers that are focused on traffic regulations, whether under the umbrella of the PPD, PPA or another agency, will help bring order to our city’s streets.

While these public safety enforcement officers are a step in the right direction, it must be structured and monitored in a way to avoid disproportionately impacting low-income communities and people of color.

We at 5th Square see even more value from automated enforcement infrastructure such as speed cameras, red-light cameras, and bus lane cameras mounted to mass transit vehicles, which has been proven to be an effective, cost-efficient, and uniform enforcement tool.