Call your State Senator TODAY to support SB172, authorizing a speed camera pilot on Roosevelt Boulevard, one of America's most notoriously dangerous roads.

URGENT: We need Vision Zero supporters to call their state Senators and ask them to vote YES on SB172 as a whole. This is a key piece of state-level Vision Zero legislation which would legalize pilot programs for speed enforcement cameras on Roosevelt Boulevard and in construction work zones. The bill passed the House,m, and will soon be voted on in the Senate, where we need to do some last-minute rallying of the Philadelphia delegation to get them behind the bill. Callers have noted that Senator John Sabatina, in particular, won't commit to vote for the bill yet, so everyone could use another push.

Tuesday, June 19th, 3:00 pm
Vision Zero Hearing in City Council
The Office of Transportation and Infrastructure Systems will discuss all aspects of the Vision Zero Action Plan, including its goals, and give City Council a progress report, including next steps for the city. Come out to City Council on Tuesday and testify on why this initiative is so important for all of our safety, and deserves Councilmembers' full backing.

Thursday, June 21, 5:30 pm
Urban Geek Drinks at the Trestle Inn
Urban Geek Drinks, the monthly happy hour for civic activists, is holding their June meet-up at Trestle Inn, next to the newly opened Rail Park. Grab a drink and go for a walk on the new Park in shifts with other attendees. 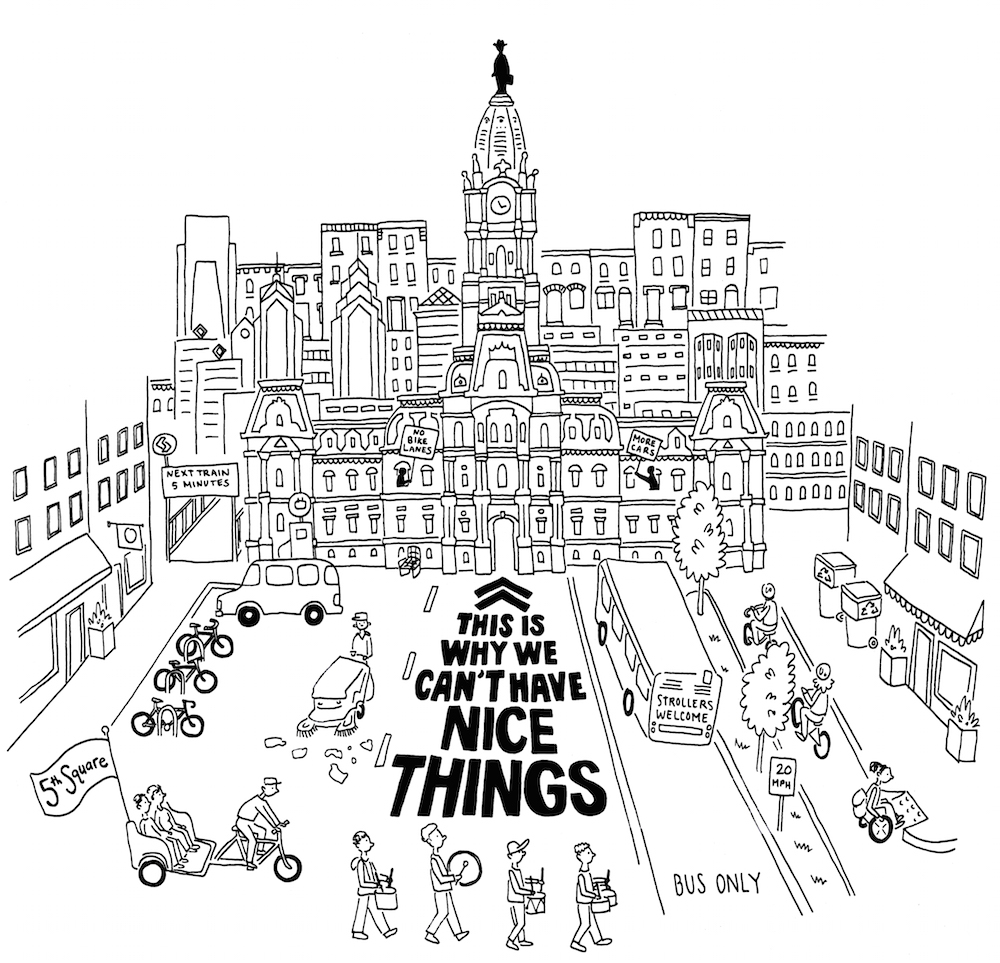 Great news! Thanks to all your phone calls and emails, City Council's Rules Committee held Councilwoman Jannie Blackwell's bill (160710) which would have doubled Philly's minimum parking requirements for residential construction. Rules members heard from sustainable housing and transportation activists that the bill would be a major step backward on housing affordability, air quality, and transportation choice, and have punted the bill to the fall session. This isn't over yet, but the delay is a testament to the power of your calls to Councilmembers. Email us at [email protected] if you're interested in helping organize against the bill over the summer.


The Philadelphia Citizen ran a colorful feature on Stuart Leon, Philadelphia’s bicycle crash attorney, and broke the news that he's suing to overturn City Council 's 2012 ordinance requiring Council support for safer street design changes. This law has been an absolute disaster for the cause of safer streets in Philadelphia, and overturning it will be one of our top asks of 2019 Council candidates seeking our endorsement. Read the Bicycle Coalition's blog post about the lawsuit.

Lansdale municipal leaders and commercial developers are working toward a transit-oriented development (TOD) future for the area around their Regional Rail station, reports Jason Laughlin, with zoning changes to promote a mix of walkable housing and commercial uses, as opposed to Park 'n' Rides.

The Delaware River Waterfront Corporation's plan for a new bicycle trail along Delaware Ave “was met with general assent” according to PlanPhilly.

The Vision Zero Network is hiring a Policy and Communications Director

Bartram’s Garden is hiring a Director of Finance