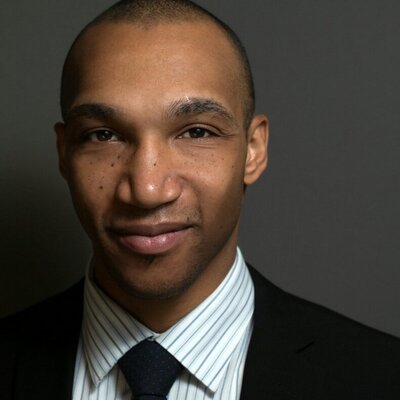 I am a user of public transit and I am a firm believer that access to transportation can be very helpful in the goal of breaking down barriers to entry and accessing resources. Many people facing tough economic challenges depend on access to roads for employment and other day to day activities. Having access helps ease the many hardships in the lives of underserved people. It has always been my goal to find ways to empower people in as many ways as possible. Land use and public transit issues are critical and very nuanced, that is why it takes experts, operators and people who are familiar with public transit to collaborate, so we can create best practices that support all stakeholders.

I am in favor of capping the Motor License Fund contribution at $500 million. Additionally, I believe in placing a timeline on Act 89 funds. We should allocate the Act 89 funding to infrastructure, but place a concrete timeline on the infrastructure projects. That way, constituents will know infrastructure is a priority issue and any limits on state police will be temporary.

I do not support expanded road pricing of state and federal highways to fund infrastructure projects. Many people facing tough economic challenges depend on the free access of those roads for employment and to seek employment. I would not advocate for putting any additional financial burden on the average taxpayer. I am, however, in support of finding other funding sources for road infrastructure, such as taxing large businesses or obtaining “corporate sponsorships” for infrastructure projects in lieu of tax benefits.

3. Will you advocate for a "university pass" plan to include heavily-discounted transit passes in tuition for all Temple University students? What will you do to improve the quality of transit service in the 181st District, and north Philadelphia more broadly?

I am in full support of a university pass for Temple University students, especially as Temple is known internally as a commuter school. This will especially benefit students from historically underrepresented groups and their ability to travel throughout the city without being encumbered. To improve the quality of transportation in the 181st and North Philadelphia, I believe we have to make public transport more accessible for the aging population. This means increasing disability access and the presence of security so that more mature members of our community feel safe moving to and from public transport routes.

I cannot tell you how many times I have noticed the lack of WAVs and even ramps in the city’s public transit sectors. This problem goes hand in hand with the issues facing older residents as I mention in the previous question. So many Philadelphians take the ability to physically ride SEPTA for granted. Too many of our SEPTA stops and stations have staircases and uneven routes. Currently, many stations are being redesigned and upgraded. This must also mean creating ramps, elevators, and WAVs for access.

I am in support of any speed measures that constituents want to pilot. However, I am not in favor of politicians determining speed laws. We must rely on road experts and consultants to determine speed limits and the appropriate amount of speed motorists should use. Some studies show that slowing speeds can be just as dangerous. School Zones, of course, must have pragmatic speed laws enforced. I will rely on experts to inform my policies on speed and road legislation.

First, I would like to meet with pedestrians who frequent North Broad Street to hear their specific concerns with the street and its traffic. Then, I would like to schedule a conversation between the constituents, PennDOT and myself. I know we all want to hear PennDOT’s reservations, if any exist, to the redesign of North Broad Street. I hope to use this platform to address the safety of Broad Street and use my voice, alongside the pedestrians’, to make enough noise for PennDOT to make a change.

Some proposals to expand use of radar only make the tool available to police in state’s biggest cities, similar to the way the state has rolled out camera enforcement of traffic signals. Red-light camera technology is only allowed in Pittsburgh, Philadelphia and the southeastern Pennsylvania counties that surround the state’s biggest city.

I do not want to lift the radar ban, and traffic traps be created in poor areas to pad coffers instead of making streets safer. If research shows ways to implement policy that can raise public safety, without putting a burden on our most vulnerable citizens, I could support lifting the ban.

I think local communities need to be more involved in how their areas are zoned. We have the RCO system here in Philadelphia, which allows public opinion on specific projects in small areas, but I think we need to make sure that people understand the regional plans of elected officials and urbanist. In my experience the community is interested in infrastructure improvement, but sometimes do not really understand all that is included in infrastructure for the region, and are really only focused on their small communities. I think the state officials could be more accountable to the community by explaining regional goals and how the affect the local community so that the people could influence policy and development.

I will fully support any legislation that alleviates the housing crisis being faced by many people in Philadelphia. And I do believe this kind of legislation can do that. However, just as this problem is nuanced, so is the solution. I want to support this legislation knowing that some of the dense housing construction will be reserved for mixed-income use. Families in difficult economic straits deserve stable housing as well.

I will support and introduce legislation that allows for commercial and residential building codes to be updated. This is a necessity. As new developments across the city continue to rise, older buildings, like residential properties (and schools), fall further and further behind sustainability. However, we have to be sure not to be place the cost of updating these homes on those who cannot afford it. More fact finding is needed to determine how to bring residential properties up to standard reasonably and cost efficiently.

I believe it is time that we join the modern business world, but I feel we must do so carefully. The Separations Act appears antiquated, but are there possible compromises between the act’s detractors and the unions who value the act, as it allows them to operate independently of design firms. Though often seen as anathema, dialogue between every party involved is needed. I believe a middle ground exists between Separations Act and its abolishment exists. Perhaps raising the $4,000 threshold would be a good start.

I have over 10 years of experience serving people who need services. From working in the classroom, to supporting teachers, working with patients to apply for medical benefits, painting curves and beautifying my community, my path and work has been directed at supporting and empowering people. I have advocated and fought to find ways to raise the quality of life for the constituents of my division here in the city. I am now ready to expand my base and advocate at on the state level. With the national attention we will receive from the historical precedent of this race, it will give me a large platform to speak about the issues my community faces. I will leverage this influence to ensure we have resources to advance causes that are the most pressing both in, my community, Harrisburg and Washington, DC.