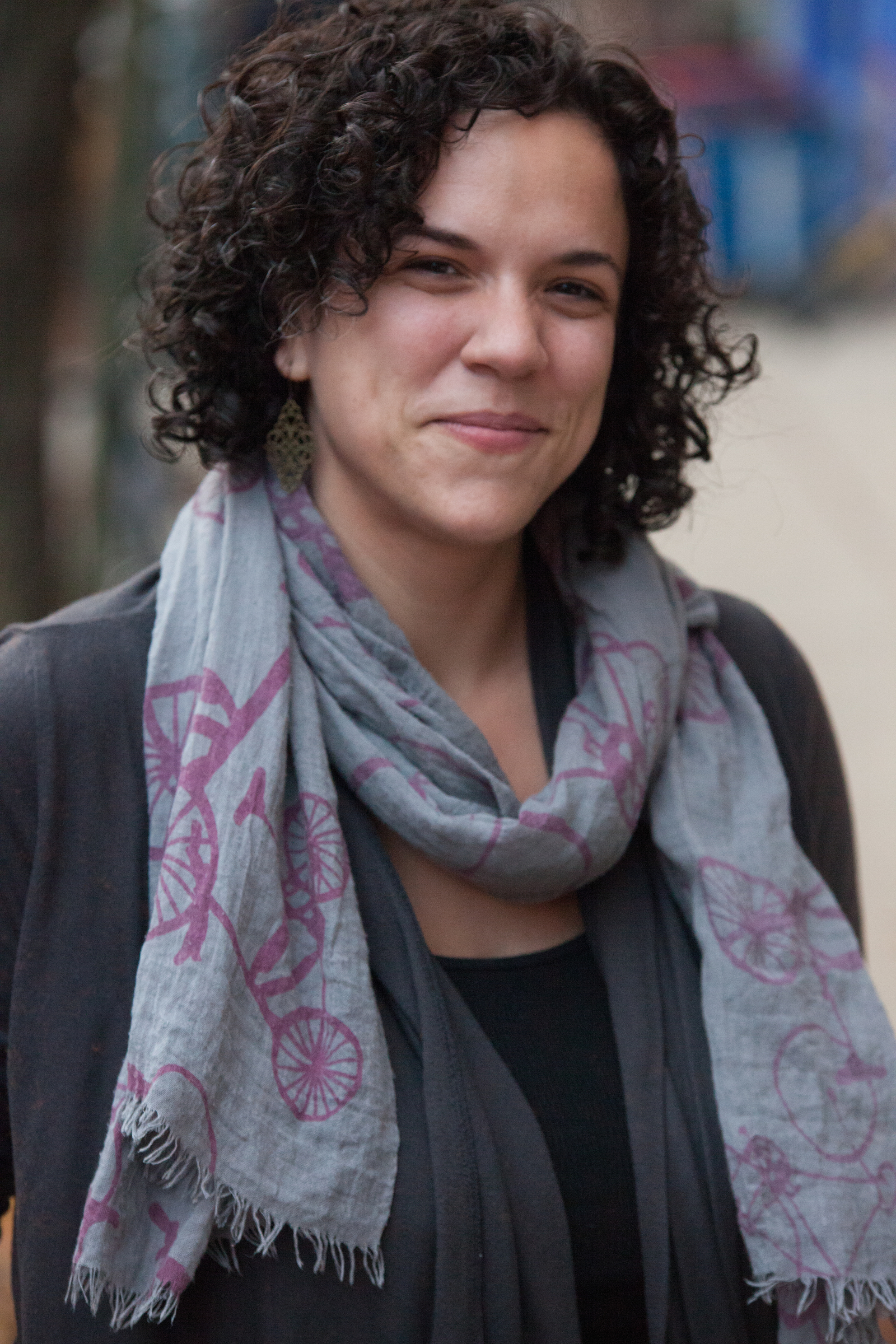 Bio: Leigh Goldenberg is the proud owner of a South Philly row home with her husband and daughter. They have a garage filled with bicycles, which also serves as a  weekly CSA pick-up location. Leigh is a marketing and communications professional with a passion for mission-driven and creative organizations, and is currently the Executive Director of Theatre Philadelphia, the region’s marketing and audience development organization for the theatre community. Previously, she worked with Wash Cycle Laundry, a triple-bottom line laundry and linen service that delivers by bicycle and creates jobs for vulnerable adults. Before moving back to the Philly area in 2007, Leigh worked Off Broadway in various production and administration roles, while producing socially-conscious theatre Off Off Broadway. She holds a degree in Theatre Production and Management from Marymount Manhattan College.

Leigh serves on the board of the South Philly Food Co-op, chairs the Friends of Kirkbride Elementary, has a garden plot at Capitolo Community Garden, and, over the past few months, has organized human protected bike lanes to advocate for safe streets infrastructure. She's a 2018 Rad Girls Nominee for Connector of the Year,  was in the 2017 Class of Leadership Philadelphia’s Connectors and Keepers, and is an alumni of Philly Girls Do Good which celebrates women leaders in community development. Her writing has been featured in Philly Love Notes and Spoke Magazine. Fun facts: She was a contestant on ABC’s The $100,000 Pyramid with Michael Strahan and had her kitchen renovated on the DIY Network’s Kitchen Impossible. 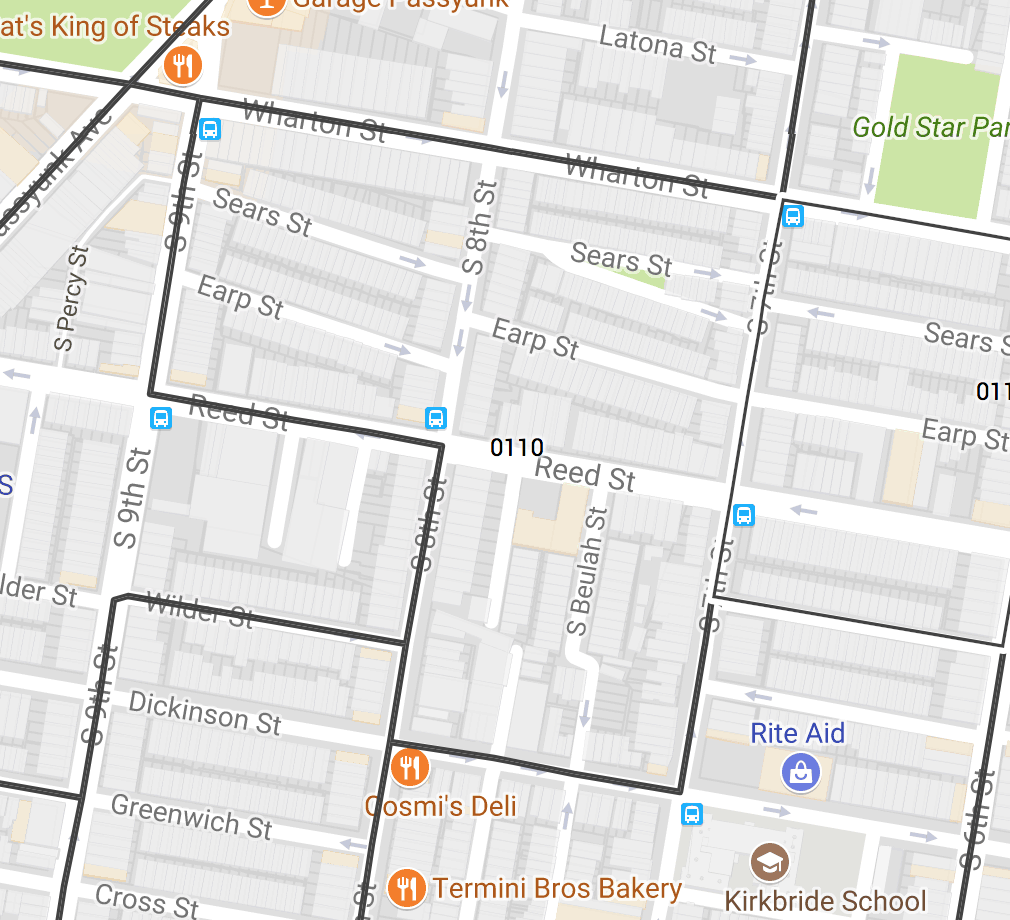 1. What street in your neighborhood is most in need of improved conditions for pedestrians and people on bikes? What would you do as committeeperson to make it better?

At this point, most of our streets could use some attention in regards to paving, sidewalk access, and making sure curb-cuts are clear for pedestrians. These improvements would make for a saver environment particularly for kids, parents with strollers, and people with disabilities.If I had to prioritize, I would like to see changes on Reed Street as it relates to speed. (Perhaps I'm still reeling from the time a driver sheered off his side mirror on my mom's car door as we got my daughter out of her car seat.)

Because Reed gets a fair amount of thru-traffic, particularly those exiting off Columbus Blvd and I-95, we often have drivers behaving in an unsafe manner, with disregard for our local residents. The approach to the intersection at 10th/Reed/Passyunk is treacherous, even with the new light timing and extended curbs that went in a few years ago. I think if we saw slower speeds on Reed, we would see more patience approaching that intersection, thereby seeing cars yield to more vulnerable road users.

2. What street, public space, or building in your neighborhood has the best urbanism? What makes this space successful, however you define that?

I'm smitten with Paolone Park on the 700 blocks of Sears and Medina. Seeing greenery in the middle of our mostly concrete residential area is a welcome surprise. I love how the neighbors use that area as a common gathering space, almost like a shared living room. They have a bond and a pride that I hope to see more of in Philadelphia. There is minimal traffic and parking because of the shared green space, which makes the street quiet and feels safe to let your kid or dog run around. All the neighbors take pride in keeping their houses, window boxes, and the park lovely and livable. I knew I had made it in South Philly when I got my first block party invitation from the neighbors there! When I found out my Division boundaries, I was thrilled to know one of the best blocks in Philly would be in my potential constituency.

3. How would you use this neighborhood leadership position to advance urbanist political causes in Philadelphia?

I'm already a habitual 311 user, and would plan to do much more of that notification and nagging as a Committeeperson. I'd take it upon myself to make sure our city is fixing street lights, picking up trash, repairing potholes, and enforcing traffic laws. Too often, I see cars parked on sidewalks or blocking curbcuts in a way that restricts mobility for my neighbors - both those with and without vehicles.

I aim to stay educated on changes made at the city level that effect my neighbors - such as tax increases, government assistance programs, and other services that can help them stay in their homes, especially as our Passyunk Sq property values continue to rise.

My main goal as a future Committeeperson is to take the connections I've made, and the role as an elected official, to offer a voice to my neighbors. I hope they will all know to share their issues and ideas with me so that I can be a direct line to other elected officials, particularly those in the city that will help make our neighborhood a clean, safe, happy place to call home.

Visit our blog for more candidate Q&A's and our map of the 100+ urbanist candidates on the ballot for committee person.