Map: Where You Can Vote in Philadelphia's November 3rd General Election 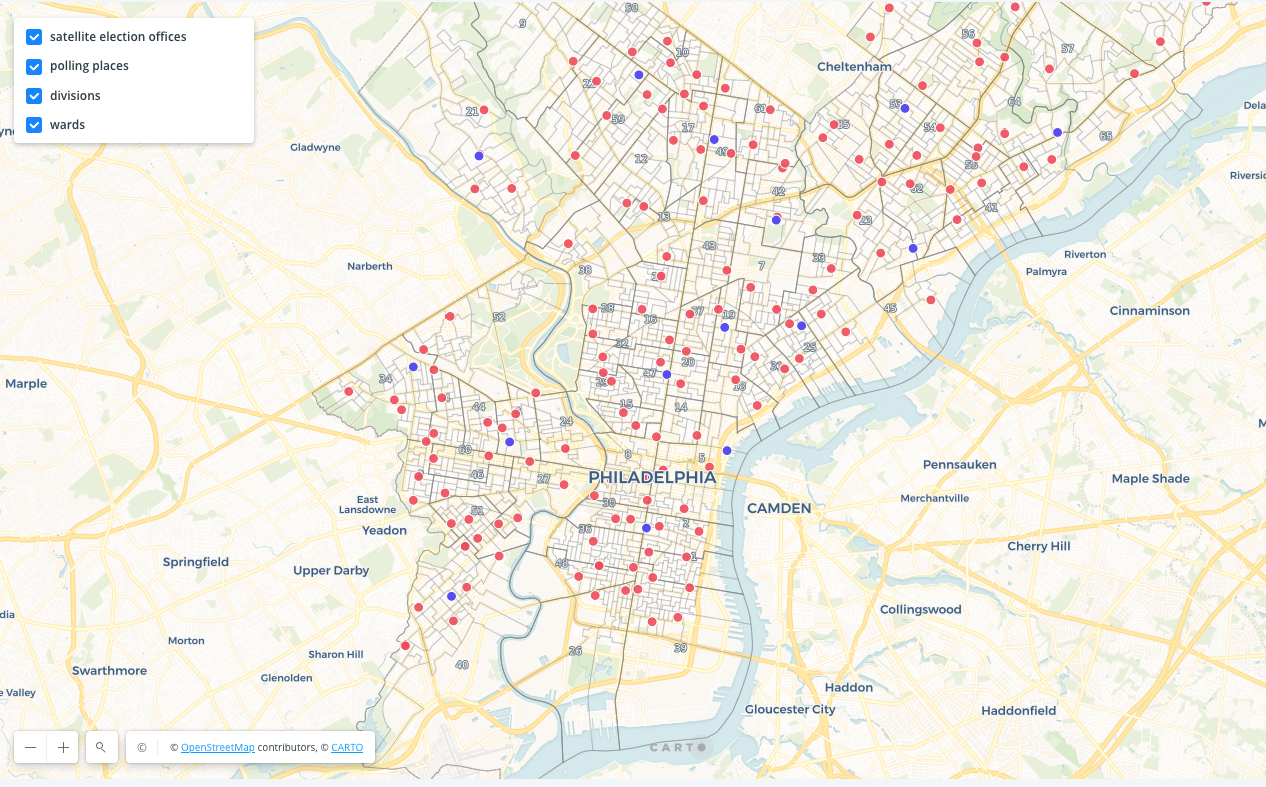 The Philadelphia City Commissioners have announced official polling places for the November 3rd election as well as the locations of “satellite election offices". Use the map below to look up where your polling place is, as it may be different from where you usually vote.

Voters can look up their polling locations on the map based on where they are registered to vote, by checking the 'polling places' box. Locations are in red.

The City Commissioners’ satellite election office locations are in blue.