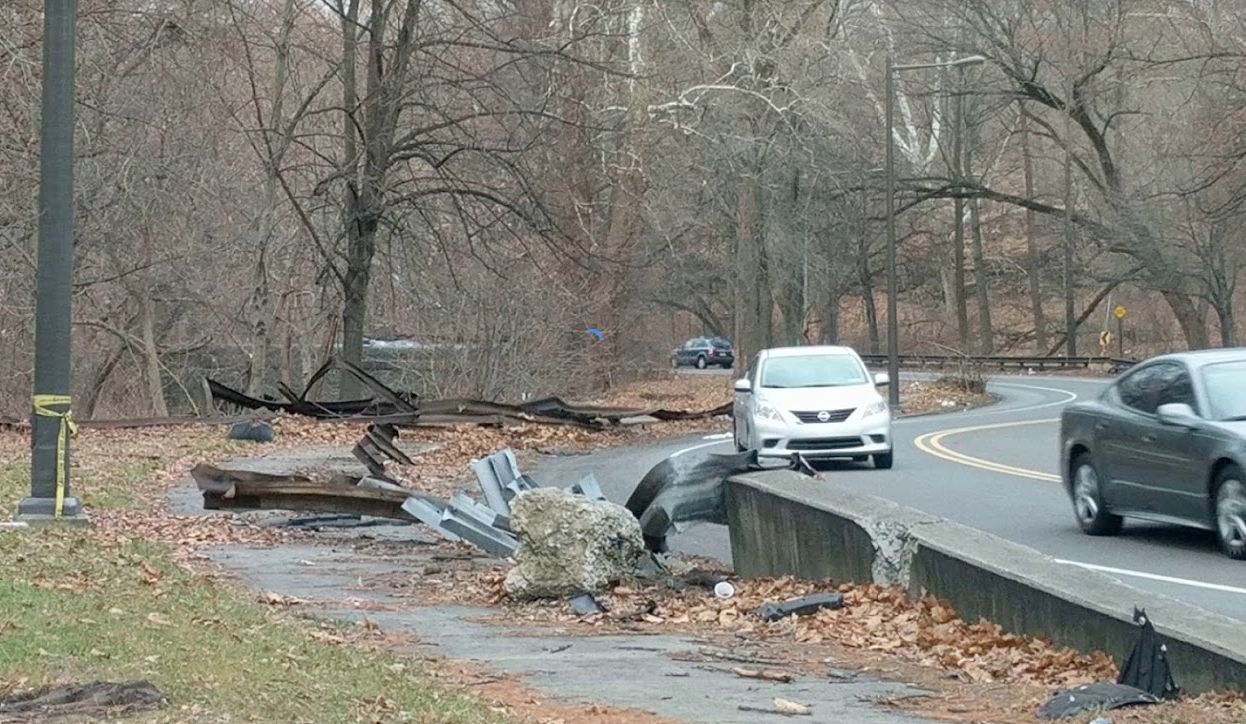 PennDOT and the Streets Department are planning on deploying speed tables on Cobbs Creek Parkway in the short term and is committing to more permanent and robust solutions in the long term.

PennDOT said that many of the safety measures we are demanding for in our petition would be under strong consideration, including pedestrian bump outs, median treatments, and permanent raised crosswalks.

We here at 5th Square, Cobbs Creek Neighbors Association, and the rest of our petition co-signers, are thrilled to hear this commitment to robust and immediate safety measures by PennDOT and the Streets Department.

We want to acknowledge the tireless work and advocacy of the officials at the meeting who made these improvements possible: Councilmember Jamie Gauthier, State Representative Joanna McClinton, State Senator Anthony Hardy Williams, and Register of Wills Tracey Gordon.

Read more details about the current and future safety improvements to Cobbs Creek Parkway on our Press Release.

🌆 CRACKS IN THE FACADE OF COUNCILMANIC PREROGATIVE

We've got some bad news, but also some good news, about the Society Hill rezoning bill we've been opposing.

The bad news is the bill passed. But while we regret that 5th Square's late-breaking advocacy efforts were unable to stop an exclusionary Society Hill zoning overlay from passing in City Council today, we believe this was an important fight to have, and we weren't the only ones who thought so. 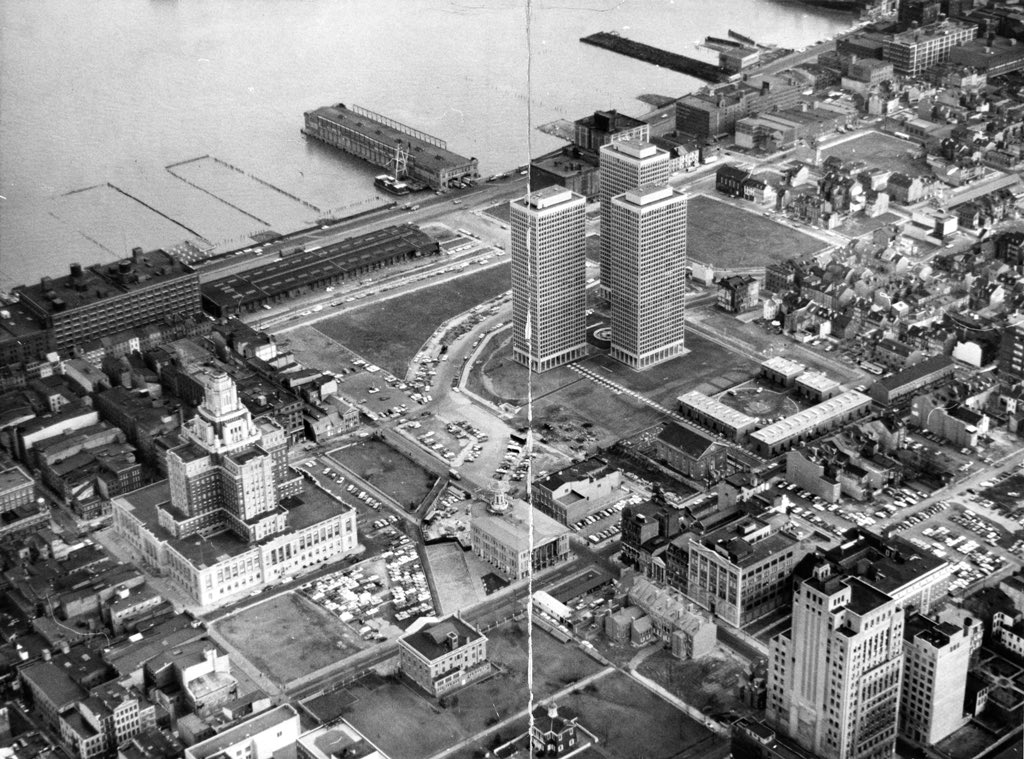 Mayor Kenney issued the first veto of his term, and there were an unprecedented 4 votes against the veto override bill today from City Councilmembers Helen Gym, Jamie Gauthier, Kendra Brooks, and Isaiah Thomas, against the "prerogative" of 1st District Councilmember and bill sponsor Mark Squilla.

Three of those members, Gym, Gauthier, and Brooks, were endorsed by 5th Square in the 2019 City Council election, and the housing positions they took in that campaign in our questionnaire were critical for setting the stage for these historic votes against a Councilmanic Prerogative bill.

The $14 million (and multi-year-long) rehab of the Grays Ferry Bridge is about to be over. In a piece written by Pat Madej for the Inquirer, she covers the work left to be done including the protected bike lane on the westbound side that we advocated for and won.

But to cycle over the bridge, shoulder-to-shoulder with speeding traffic while dodging severed hubcaps and shattered glass, is a dangerous game. A call for greater safety measures to its westbound side from city officials and transportation advocates spurred PennDot to rework plans, spokesperson Brad Rudolph said.

“We felt that due to the concerns of the community and the biking community, that it was feasible for us to do, and we decided to add it to the contract," Rudolph said. "It was 100% state funds, so it’s state funding, but we felt the need was there.” 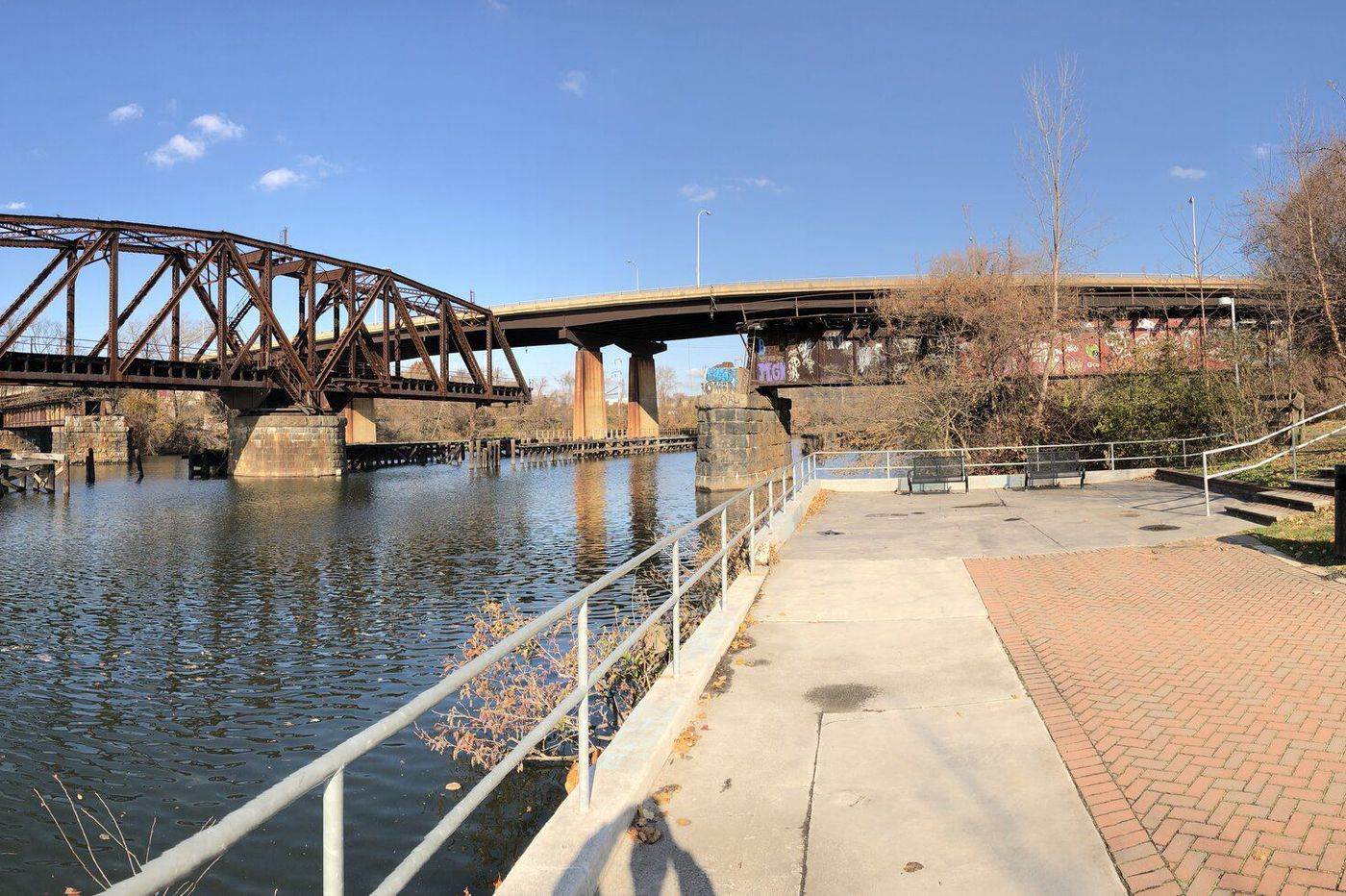 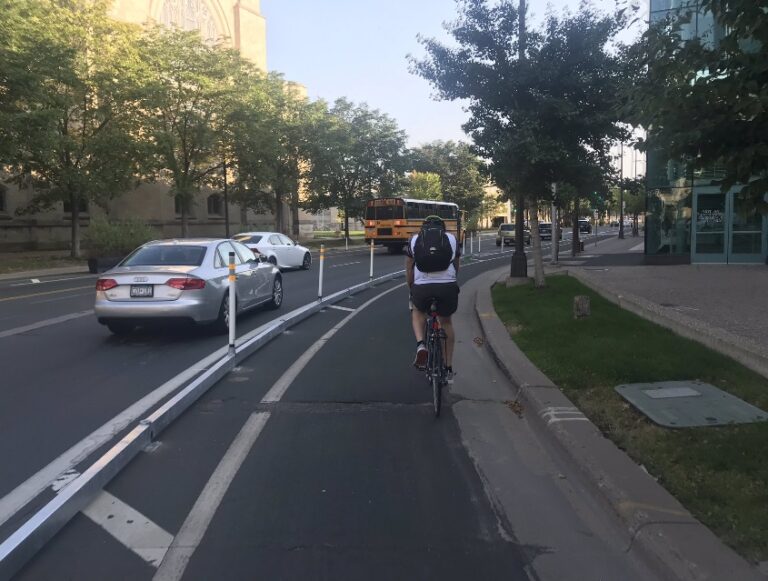 Photo Credit: PennDOT
PennDot plans to install a barrier similar to this one along the westbound side of the Grays Ferry Avenue Bridge.

Thank you to PennDOT, oTIS, and over 600 supporters who signed last year's petition and made this possible.

The Philadelphia City Commissioners have paid opportunities to help the City on election day and at early vote centers, plus some administrative work to support the overall effort.

Click here for full details, including links to apply.

There are only ten days left until Election Day. If you want to vote early, the deadline to request a mail-in ballot is this Tuesday, October 27th. You can visit any of the 17 elections offices around the city to request a ballot, fill it out, and return it, all on the same visit! 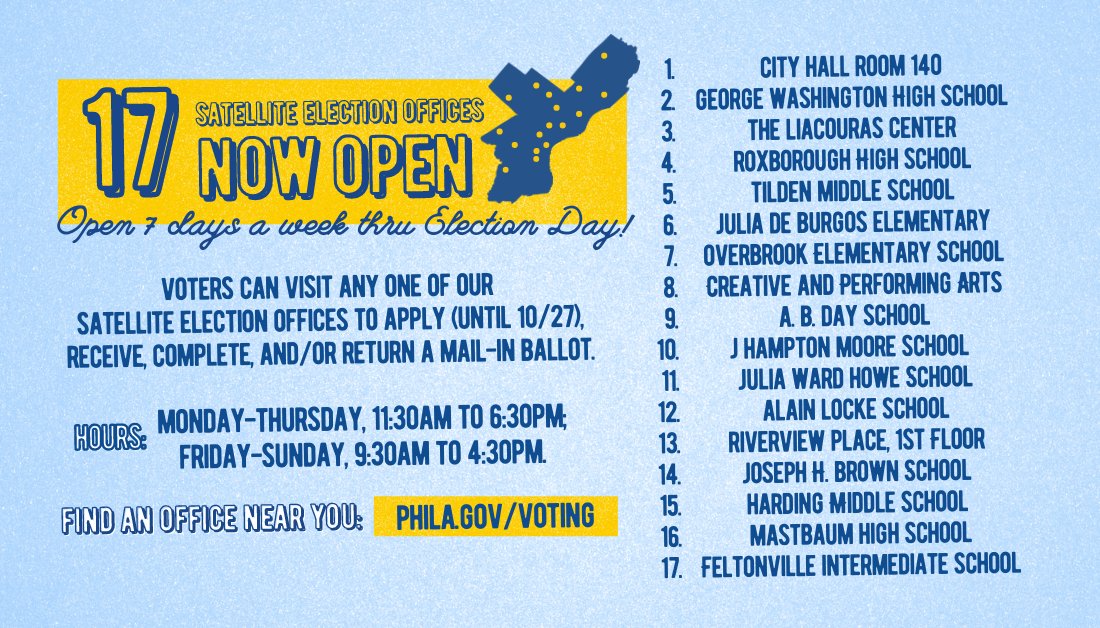 While you can also apply online or by mail for a mail-in ballot, we very strongly recommend you do this in-person instead so that you can return your ballot on time.

Three drop boxes are now in operation! Voters from any part of the city can return their own voted ballot. These dropboxes are accessible 24/7: 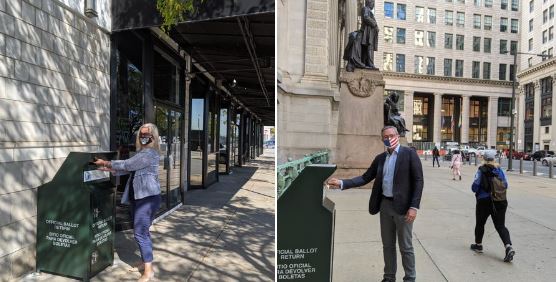 Election Day is November 3rd! Take a moment now to check your polling place. Many polling place locations have changed because of the pandemic. As always, polls are open 7am-8pm.

While any voter who requested a mail-in ballot can change their mind and vote in person instead on Election Day, please keep in mind that this will take more pollworker time and may increase wait times for your neighbors in line behind you. If you wish to use this option, bring both your mail-in ballot and the return envelope with you, if possible, so that you can vote normally on the machine. If you don't bring those with you, you will need to vote on a provisional ballot instead.

When you join as a member, you help us raise the resources we need to keep building and mobilizing that base of supporters again and again, whether it's for safer streets, better transit, or dozens of other local issues in your area, or in city and state elections.

Want to help SEPTA create a better wayfinding system for our Rail Transit Network? Fill out this survey and enter to win a Monthly TransPass!

Tuesday, November 10, 6:00 PM - 7:30 PM
DAG | SEPTA Rail Transit Wayfinding Master Plan
SEPTA is redesigning the wayfinding system for its Rail Transit network, comprised of the Market-Frankford Line, Broad Street Line, Trolleys, and Norristown High Speed Line. This presentation will provide an overview of the project and work that has been done to date.

Wednesday, December 2 to Thursday, December 10, 2020
NACTO | Designing Cities 2020
The National Association of City Transportation Officials is excited to open registration for Designing Cities 2020, which is focused on creating opportunities for close peer-to-peer connection even as we remain physically distant. As we reflect on a heartbreaking and tumultuous year, we’ll highlight how agencies have navigated a charged U.S. election season and multiple intersecting crises including COVID-19, racial injustice, economic inequality, and climate change-driven natural disasters.

The Philadelphia Inquirer | Can outdoor dining persist in wind and rain? Three restaurants with design innovations that might help.

The Guardian | 'Liveable streets': how cities are prioritising people over parking

The Philadelphia Inquirer | In an effort to increase solar use in homes, Philly cuts red-tape and cost for installers

The New York Times | Against the White Picket Fence

The Philadelphia Inquirer | Philly is opening 17 early voting locations across the city. Here’s where.

The purpose of this application is to help DVRPC create a diverse, engaged body to address regional planning and public participation practices in the nine-county DVRPC region. Share with us your personal experience living in the region and with planning projects; you are an expert of your own community and we want to hear from you! (Due 12/27)

The West Philadelphia Skills Initiative (WPSI) announced their newest partnership with Penn Medicine! They have developed a training program to recruit new Lab Assistants from Across Philadelphia. Lab Assistants will earn $18/hr to start. (Due 11/6)

Philadelphia communities face substantial hurdles when attempting to reinvent public space, especially in communities of color. Feet First Philly is partnering with the Department of Public Health to provide funding for mini-grants to create public space amenities, particularly in underserved communities. (Due 12/15/20)

For Our Future Pennsylvania | Canvasser

PhilaPort (The Port of Philadelphia): Director Of Business Development