5th Square is Philadelphia's urbanist political action committee, advocating for better transportation, land use, and public space policies, and the candidates who support them. Our weekly newsletter reaches nearly 12,000 subscribers with the news, events, action alerts, and opportunities our community needs to know about each week. Become a member and get involved with our 2019 organizing and issue advocacy work, or make a donation.

The urbanist holiday gathering of the season is THIS THURSDAY! Don't miss 5th Square's 2018 Holiday Party Fundraiser this Thursday, December 13th at Industrious, where we'll be celebrating another successful year of urbanist advocacy and growth for our organization with our volunteers, friends, and a few of our favorite 2019 Council candidates. Event proceeds will support our 2019 City Council campaign. RSVP for our Holiday Party Fundraiser. 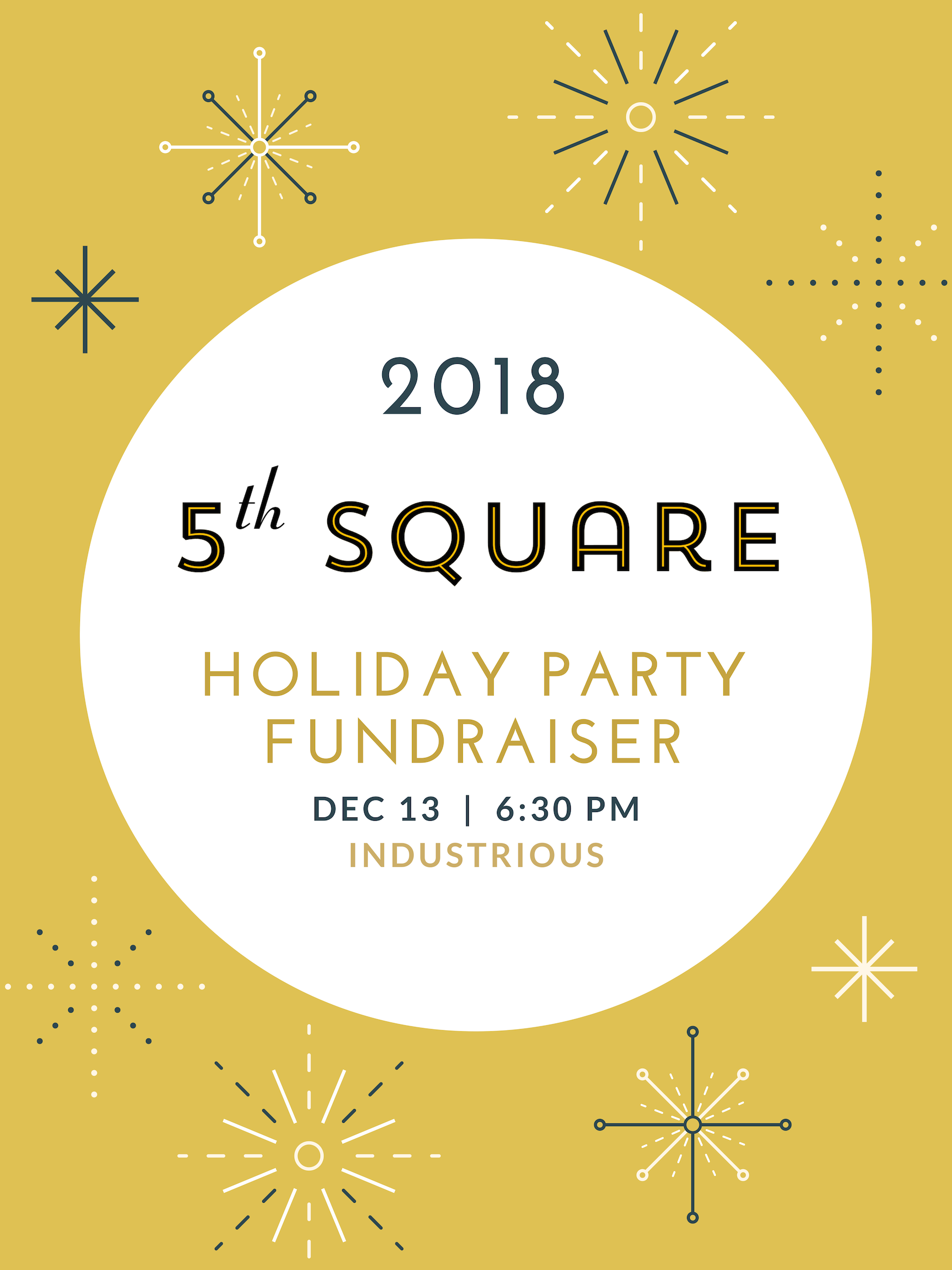 Tuesday, December 11th, 6:00 pm
5th Square Transit Committee - Transit Equity Day Planning
Our final Transit Committee meeting of the year will be a platform planning conversation about Transit Equity Day, happening this February. 5th Square Transit is working in partnership with Philly 350, POWER, and a host of other local organizations to raise issues to improve the lives of transit riders, and advance equitable and sustainable transit policies from SEPTA and City Hall.

Tuesday, December 11th, 6:00 pm
4601 Market Development - Councilwoman Jannie Blackwell's Meeting
3rd District Councilmember Jannie Blackwell hosts a community meeting about the redevelopment plan for 4601 Market. The Tribune just reported that the building is set to be sold for $10M, after the City sunk $50M into improvements. The land is assessed at $100M.

5th Square supports Council President Clarke's push for civilian traffic enforcement officers, and will be asking the 2019 City Council candidates to get behind this important Vision Zero initiative.

Neighborhood activists: Check out the new Resources page on our website, featuring several useful maps and other research you can use to advocate for safer streets and walkable housing in your neighborhood. For those working on a Neighborhood Slow Zone application (due 1/18!) the neighborhood heat map of pedestrian crash hot-spots created by our volunteer David Corby may be the most useful. Become a 5th Square member to gain access to an even more comprehensive Activist Resources toolkit compiled by our members and volunteers.

Newly-released Census data show bike and subway commuting was up in Philadelphia in 2017, but bus policy reforms are needed to increase our sagging bus ridership, writes Jason Laughlin. Check out our Census tract map from volunteer Aaron Bauman with the non-car commuting mode share in each Census tract.

The Zoning Board of Adjustment is making decisions about zoning variances based on their personal feelings, not due process, writes Jake Blumgart. "A request for permission to build a triplex got the developer a variance for a smaller duplex instead. In one case, where a property owner talked back to the board, his request was denied altogether."

Why are we still waiting for electric buses? Angie Schmitt reviews the state of the technology and implementation by transit authorities.

SEPTA is hiring a Manager for Revenue and Ridership Analysis

Fleischer Art Memorial is hiring a Director of Programs