Thank you very much for being one of over 650 friends and neighbors who signed our petition calling for a safer Cobbs Creek Parkway.

To share some promising news, the City of Philadelphia has requested $800,000 in funding from the federal government for safety improvements at key pedestrian crossings at Cobbs Creek Parkway. 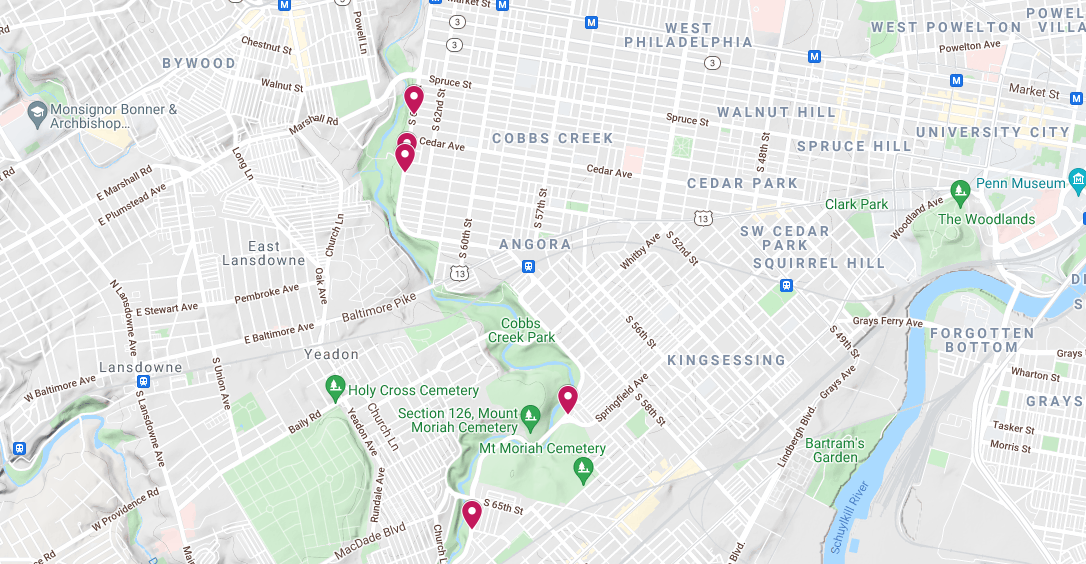 According to the City, these intersection improvements will be the beginning of many more to come as funding gets secured to improve the safety of this corridor.

To get an idea as to what the City may be considering in these improvements, you can look at DVRPC's Cobbs Creek Parkway Report which included renderings of the Springfield Ave and 67th Street intersections.

This is in addition to the work being done by PennDOT and the Streets Department which include speed cushions, restriping, new guide rails, new signage, and improved lighting.

-- This has been possible thanks to your advocacy --

Help us work towards more of these life-saving improvements by joining us as a member!

In addition to this recent news, here is a recap of a February PennDOT update:

Among a slew of improvements that came late last year was a pilot program of Speed Tables near Catharine Street. 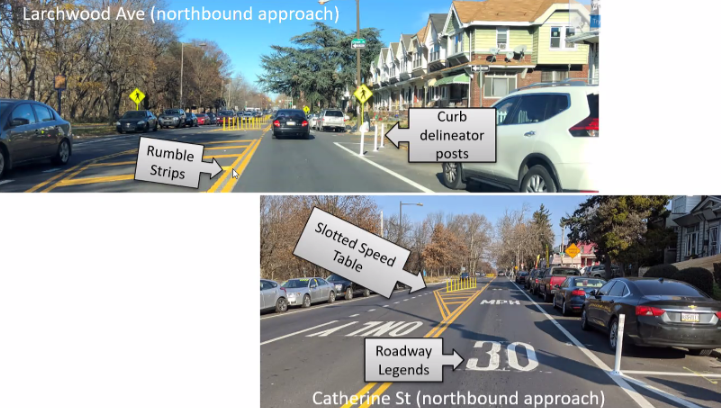 This is the first time PennDOT has ever placed a speed table along a state route, and at a community meeting in February, they showed that this traffic calming measure is a resounding success.

According to PennDOT's study, the bumps reduced speeds by over 15 mph, and saw dangerous speeding reduce from 19% to 0.5% of vehicles.

The speed tables were such a success, that PennDOT is now looking to triple the amount of speed tables and make them more effective by removing the space in between them.

We are elated to hear that these engineering changes have been so effective at curbing dangerous speeding. These improvements will undoubtedly save lives and could not have come soon enough.