The Roosevelt Boulevard Subway Workshop was this past Saturday morning, and featured Jody Holton of SEPTA, Ashwin Patel of PennDOT, and Mike Carroll of OTIS, the city transportation department.

Patel confirmed that the Route for Change report would be amended with a subway analysis. Route for Change is the city's analysis of Roosevelt Boulevard, along with proposed changes, that was released in May 2021.

If you missed the workshop, catch the video on YouTube or Facebook. Add your support of the project by signing the petition!

Join 5th Square organizers and volunteers for an informal, in-person meet-up over at Woodland Presbyterian Church on November 17th! This is an indoor/outdoor, family-friendly event where we will provide updates on our recent campaigns and talk about what's in store as we start to wrap up 2022. If you've been meaning to check out one of our events or meetings but haven't made it out yet, this will be a good first one to come to. Bring a friend or two! We will have a fire pit going and some light refreshments. 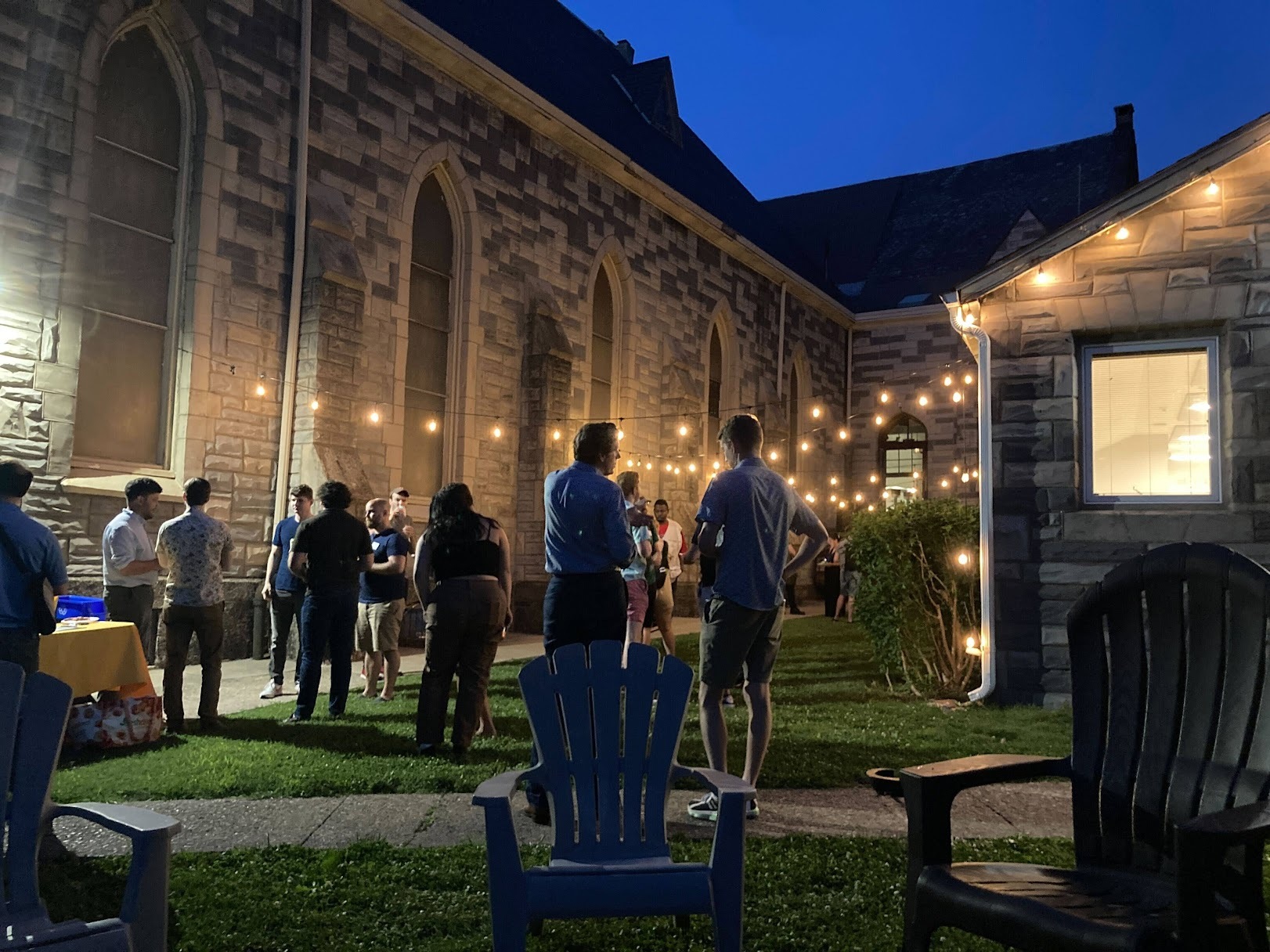 SEPTA's Bus Revolution, the bus network redesign, has the newest draft out for public review. Their network redesign website has different ways to see the changes, but sometimes it's easier to have a nice big map in front of you. SEPTA will be hosting a series of open houses and several webinars to present the draft network as it pertains to your neighborhood. Displays of the routes also have an approximate timetable, so you can see the frequency of the bus route throughout the day. We strongly encourage you to attend one of these events, whether it be in person or online. This is your chance to see what's about to change, ask questions, and give your feedback. Tell everyone you know! Bring a friend! Upcoming events for the week:

Events for next week:

5TH SQUARE IN THE NEWS
KING OF PRUSSIA RAIL

5th Square transit committee member Alex Davis wrote about the much-contested KOP Rail extension. He talks about how it came to be, what SEPTA planners are considering, and the associated costs. Transit committee member Ben She contributes his thoughts around the lack of transit oriented development in the area and how walkable development will spur ridership. If you're unfamiliar with the transit situation around King of Prussia, this is an excellent piece. 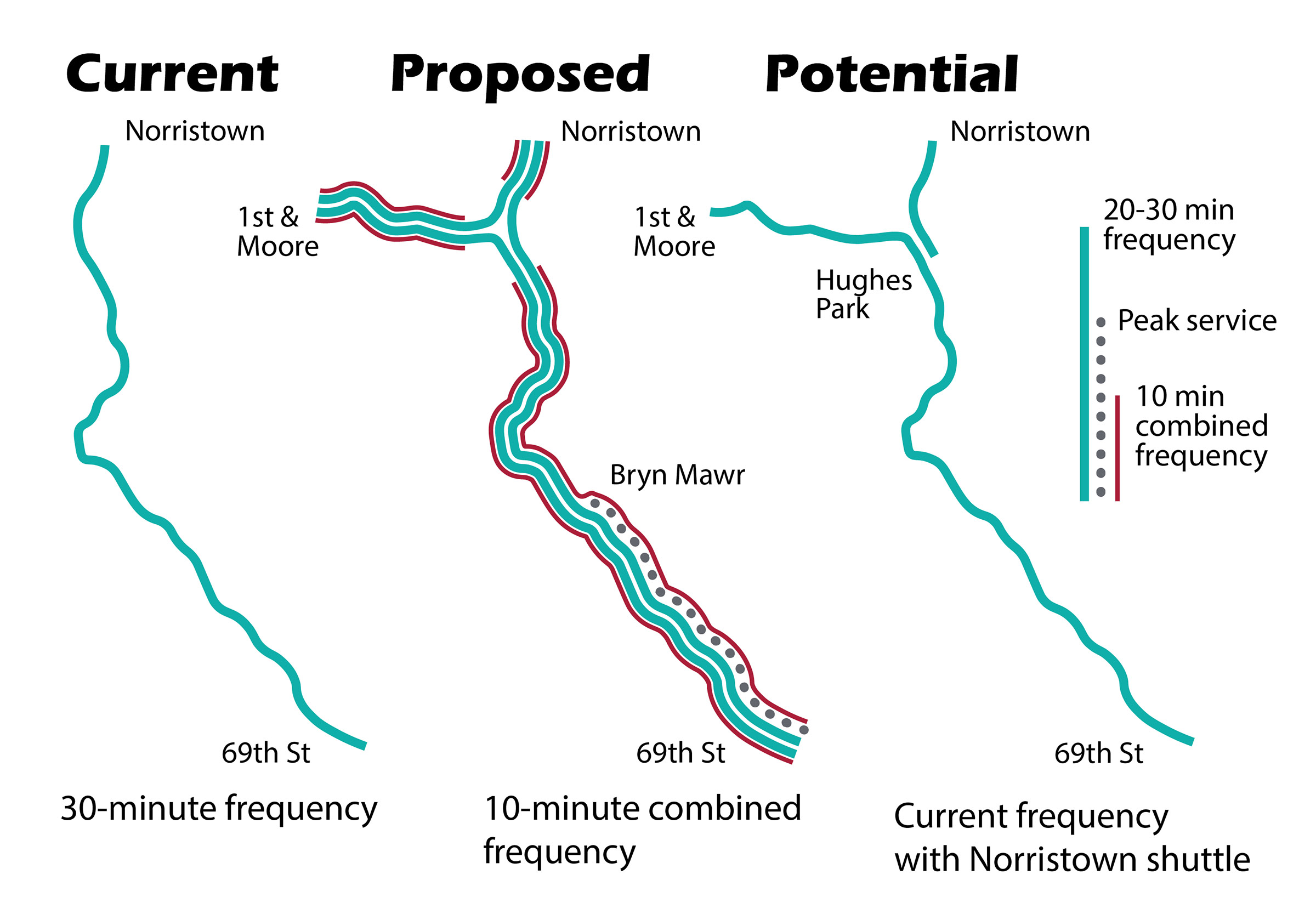 "For anyone outside of a car, King of Prussia is an inhospitable wasteland. But it’s also the Philadelphia region’s third largest employment center, and as the area continues to grow, people will need efficient transit to access its economic resources." (Read more...)

A bike ride starting from Clark Park and ending at Second District Brewery, 6mi total. The full route is on Ride with GPS.

Thursday, November 3rd at 10am
Virtual

For many, the civil rights movement began with Rosa Parks’ brave stand against segregation in 1954. And yet, few people realize that the right for African Americans to freely ride in streetcars was earned a hundred years before in a landmark case in New York City. Join a virtual presentation with Jerry Mikorenda featuring his recent book, America’s First Freedom Rider: Elizabeth Jennings, Chester A. Arthur, and the Early Fight for Civil Rights, to learn more about how this conflict unfolded. The freedoms Elizabeth Jennings Graham fought for—and won—underpin the civil and gender rights movements still being fought today.

Billy Penn / Why SEPTA's most controversial project is moving ahead

Vice / People Have Better Things to Do Than Commute, Study Finds

Philadelphia Inquirer / West end of Washington Avenue will get some traffic calming measures after all, city says

Philadelphia Inquirer / What you need to know about Anthony Phillips, the 33-year-old Ph.D. student in line for a City Council seat