In today’s announcement for the next phase of the Washington Avenue Repaving Project, the City has shifted from the previously-compromised mixed-lane layout to retaining the existing dangerous roadway layout west of 11th Street – the section within the 2nd Council District. 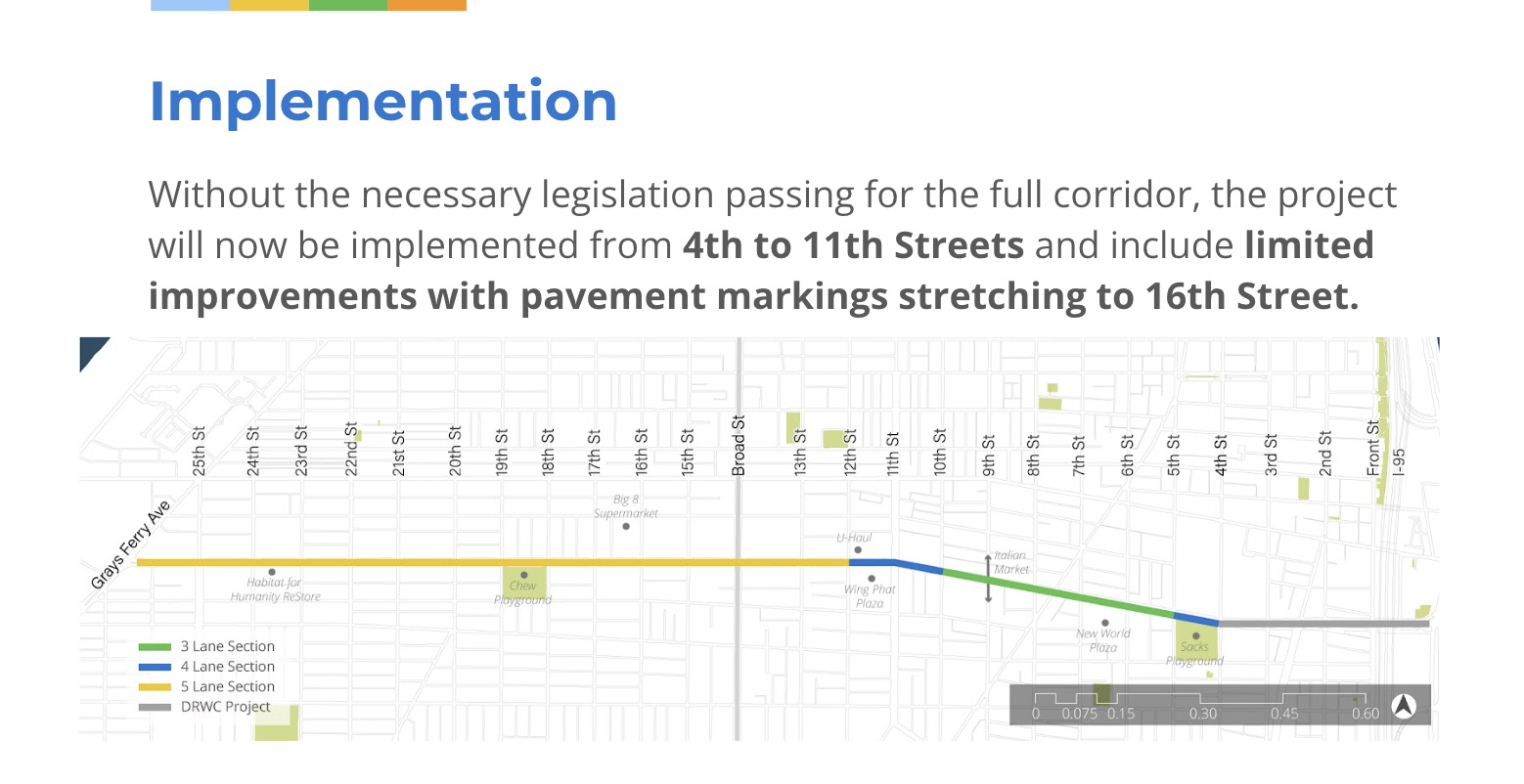 5th Square co-chair and South Philly parent, Dena Driscoll, says, “Our city has failed every user of Washington Avenue, especially its most vulnerable. The councilmember of the 2nd district has chosen to prioritize the convenience of motorists over the safety of his own constituents.”

“We will undoubtedly see more deaths. With fresh wide pavement this will attract speeding and the return of drag racing to the avenue.”

“The Mayor and OTIS have broken their Vision Zero pledge with the citizens of Philadelphia. In previous presentations, OTIS had told residents that the existing layout would not happen. Managing Director Mike Carroll also deemed repaving Washington Ave with the existing layout professionally irresponsible. The Mayor’s Office still holds the power to determine the configuration of the roadway without council approval.”

“Repaving the road with the same layout will inevitably lead to more deaths and injuries. The inability to widen sidewalks harms our community’s walkability and economic development at a time when Washington Avenue is seeing new development.”

Jesse Bacon, E.M. Stanton School parent and 2nd Council District constituent says, “My councilmember, Kenyatta Johnson, has failed my family, his constituents, and everybody who travels through his district. Half of the children at Stanton Elementary have to cross Washington Ave to get to school, and Council Member Johnson has blocked their safety. Every public survey has overwhelmingly shown that roadway safety is the highest priority for this project.”

Dena Driscoll adds, “Like all injustices, the effects of car crashes have had an excess impact on low-income households and people of color throughout the city, with serious crashes triple the rate in low-income areas of Philadelphia. This latest decision will only exacerbate this inequity.”

“Preventing traffic deaths is fully within the control of the Mayor and City Council, and for these elected officials to roll back from proven safety measures is disheartening. Moving forward, we are looking towards supporting candidates who will not compromise on roadway safety.”

5th Square volunteers can be reached at [email protected]