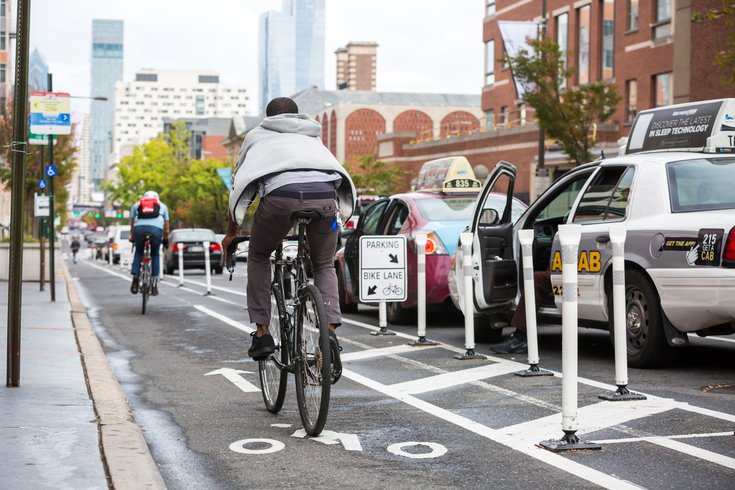 City Council is at it again!

Sign and share the petition to tell them to back off, and leave the street engineering decisions to the safety experts

The latest misguided push from Council comes from West Philly Councilmember Jannie Blackwell (District 3) who is pushing a new bill (No. 180134) that would require a City Council ordinance whenever any regular painted bike lanes are upgraded to protected bike lanes, or undergo any other modifications.

This is yet another step in the wrong direction. As recently as early 2012, the Streets Department, under the Mayor's direction, was able to stripe bike lanes wherever they thought was appropriate. But in 2012, City Council grabbed that power away from the Mayor, and since that time, bike lane network expansion has ground almost to a halt.

The opponents of that 2012 bill—No. 120327—were proven right: more power for City Council really has meant more power for 'Not in My Backyard' elements who want to block street safety changes from happening.

This year though, things were supposed to change. Mayor Kenney adopted a Vision Zero pledge to cut traffic deaths and serious injuries in half by 2020, and that should mean street safety improvements get rolled out faster, not slower, as Councilwoman Blackwell is proposing. That's why we have to stop bill No. 180134 in its tracks and begin reversing the disastrous 2012 street power grab!

Sign and share the petition to help spread the word that this legislation will make our streets less safe, and we'll follow up with opportunities so you can take action!

After that, call your Councilmember and demand that they oppose Bill No 180134. Then log their responses in our crowdsourced Whip Count Spreadsheet, so we can track where members stand on the bill.