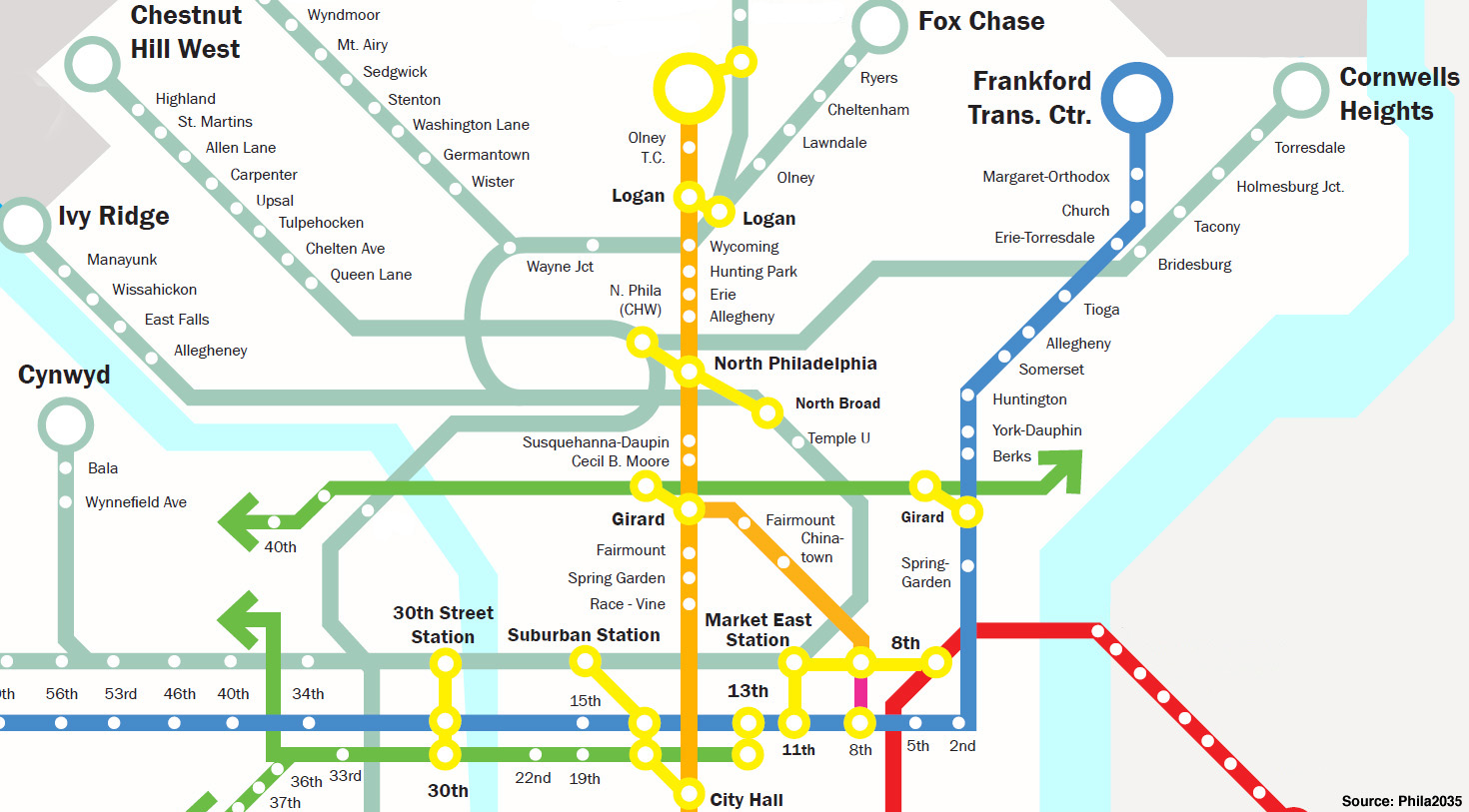 SEPTA, in response to COVID-19, has been working diligently to adapt its practices and policies in keeping with current public health guidance and ridership habits. We at 5th Square commend the Agency for its performance under tremendous adversity and ask SEPTA to adapt more to better serve working Philadelphians during the pandemic.

SEPTA can quickly increase its capacity to serve working Philadelphians by opening its vast and underutilized Regional Rail network during an unprecedented time.

These changes would give Philadelphia transit riders the room to socially distance while also rebuilding ridership on otherwise nearly-empty Regional Rail trains. These changes would also break down long-held barriers between transit and regional rail -- finally enabling riders to use SEPTA as an integrated network.

In April, SEPTA shut down six Regional Rail lines in response to the COVID-19 pandemic. Since then, SEPTA has restored service to every line except Chestnut Hill West and Cynwyd, citing a decline in ridership. However, these lines reach neighborhoods with thousands of transit riders and essential workers, who are forced to take crowded, slow surface buses to get to where they need.

In particular, the closure of Chestnut Hill West means reports of dangerous overcrowding on the Route 23 bus. And in other cases, SEPTA’s bus capacity limits to encourage social distancing have resulted in reports of skipped stops and riders being denied entry.

Regional rail trains are very well positioned to absorb this ridership, as they serve many of the same areas, and can accommodate eight times the ridership of a bus (at 50% capacity).

But Regional Rail fares within Philadelphia are too high to shift riders off buses and trolleys and onto trains. While transit fare is a flat $2.00, Regional Rail fare is more than double and sometimes triple this rate.

This has remained SEPTA’s fare policy even while ridership on Regional Rail has cratered 97% due to white-collar peak-hour commuters working from home, resulting in empty or nearly-empty trains while essential workers crowd onto slower buses.

Sign our petition asking SEPTA to enact these changes today for the benefit of all working Philadelphians!