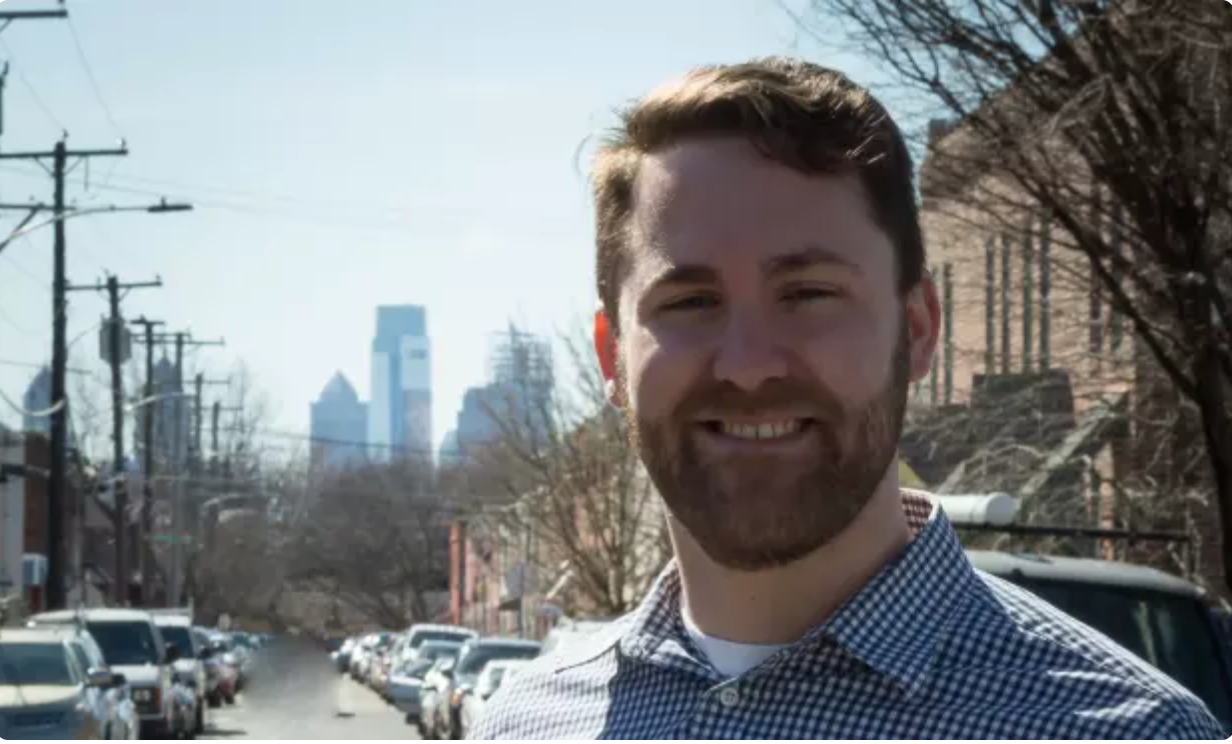 After the last presidential election I decided that yelling at my TV wasn’t doing much and I wanted to make an effort to do more. I attended the Women’s March in DC and that was where I decided to run for office. After doing some research I found that I lived in one of two state house districts in Philadelphia that were not controlled by Democrats.

My current career has me travel all over the country and I’ve seen urban development and public transportation implementation in many cities throughout the country. This is something that affects the lives of every single person in my city and it’s an issue that does not get the attention it deserves.

When we improve urban land use and public transportation it improves the lives of every citizen. More people using public transportation means less pollution and traffic for everyone. Intelligent city planning leads to less congestion and shorter commutes. More green space in the neighborhoods leads to happier and healthier citizens and that should be the goal for all of us.

I would support expanded road pricing of state and federal highways to fund transportation and infrastructure maintenance. I believe that this is one possible way to continue to fund state police while ensuring that infrastructure projects throughout the state continue to be funded.

The BRT is the first step towards improving our public transportation system but more needs to be done. Making people’s commutes faster, easier, and safer should be a priority. This focus needs to be brought to the 177th District.

Aramingo Ave is another major thoroughfare that could benefit from a route similar to the BRT. When I lived in Castor Gardens and worked at PTR in Port Richmond it would take almost an hour to travel between home and work via public transportation but it’s only a twenty minute drive. This difficulty in moving from one part of the city to another is why different areas can feel so isolated.

The more we focus on improving public transportation the better life is for everyone and the more unified our neighborhoods will be.

Uber and Lyft were required to provide a minimum number of WAVs for the city of Philadelphia. This doesn’t solve the issue but it is a step in the right direction. I would also support expanding SEPTA’s paratransit service. I believe that a combination of legislation requiring a minimum number of WAVs along with incentivizing companies to provide additional WAVs would be the best path forward. The number of required WAVs to support transportation for disabled citizens needs to be continually assessed and the required number of WAVs would need to be adjusted to ensure that we are continuing to provide adequate transportation for those that need it.

5. In 2017, the National Transportation Safety Board (NTSB) called on states to implement automated enforcement measures to reduce speed-induced deaths and injuries. If elected, will you introduce or co-sponsor state enabling legislation to allow municipalities to pilot photo-enforcement speed cameras in School Zones and on High Injury Network streets?

I would be willing to introduce or co-sponsor legislation enabling municipalities to pilot photo-enforcement speed cameras in school zones and high injury network streets. Speeding is a dangerous issue that needs to be addressed. Pedestrians should be safe to cross busy intersections without having to fear someone speeding and anything we can do to save a life is worth pursuing. These programs should also be used to continue to fund infrastructure projects throughout the municipalities in which they are implemented. The money from these fines should support continued growth in the communities and not line the pockets of private companies.

It was my understanding that these cameras were installed years ago when I lived on the boulevard and I am surprised to hear that they are not yet implemented. That being said I do support HB1187 as it addresses the ongoing dangers of speeding on the boulevard. The Boulevard continues to be one of the most dangerous corridors in the country. I believe that we need to look at traffic light timing along specific stretches of the roadway in an attempt to reduce the number of accidents at the most dangerous intersections. We also need to continue to improve public transportation options along the boulevard. If we can reduce the volume of traffic on the roadway we will reduce the number of accidents.

I would co-sponsor legislation to lift this ban. I believe that it should be up to the individual municipalities to determine if they support radar for vehicle speed enforcement. Pennsylvania is a very diverse state and I don’t believe that this decision should be taken out of the hands of the local municipalities.

I have come across a significant amount of people concerned about additional development in their neighborhoods while I’ve been campaigning. I believe that educating the public on the policies and the reasons behind them as well as listening to their concerns are important. The state policies exist to protect the city and its citizens from issues that can arise from unchecked city development. It is important that these policies are followed. Citizens may not understand the big picture and continued education and a two-way flow of information between people and their representatives is important.

I would support an amendment to encourage transit-oriented development near state-funded transit and commuter rail stations. We need to improve our public transportation so that we can highlight it as a positive reason to move to this city. Encouraging transit-oriented development will bring people to the city while limiting an increase in traffic and increasing the use of our public transportation. I continue to believe that Philadelphia’s public transportation system can become one of the greatest in the country and this is a resource that we must harness moving forward.

Building codes must stay up to date with the international standards. Failure to keep up with new standards puts people and property at risk. I would support or introduce legislation to allow Philadelphia and the rest of Pennsylvania to continually update our building codes. It is imperative that our buildings are safe and sustainable. Rolling back regulations is a dangerous mistake. The hurricanes of 2017 showed us how much zoning and building regulations matter and I would fight to ensure that construction is required to follow international standards.

The Separation Act adds inefficiency and cost to public works projects in Pennsylvania. I would support repealing this ancient act and reevaluating how bids for public works projects should be handled. The goal is to provide the improvements that the state needs while being as cost effective and efficient as possible. This outdated legislation is obviously not the answer and changes must be made.

I will work with PA legislators to ensure that Philadelphia gets its fair share of funding and that projects and programs to increase public safety on our streets and to improve the quality of life of Philadelphians continue to be supported. Programs such as speed enforcement cameras on Roosevelt Blvd and the Roosevelt Blvd Rapid Bus Transit project are steps in the right direction but there are many more opportunities out there to improve urban land development, safety of pedestrians and motorists, and public transportation. Progressive ideas such as these must be applied citywide and I would fight to move us in that direction.