Zoning & Parking: How Obsession With Convenient Parking Financially Undermines Our Schools & Our City

A prime corner at 9th & Wharton sits as an open lot. Around it, reminders of Philadelphia's past lingers. On the walls of buildings flanking the site, a faded Frankie Avalon and Chubby Checker loom. 60 years ago when these two were popular, a church once stood here. For the last 30 years it's only been some grass, a poorly constructed wooden bulkhead and some posts nailed in the ground. 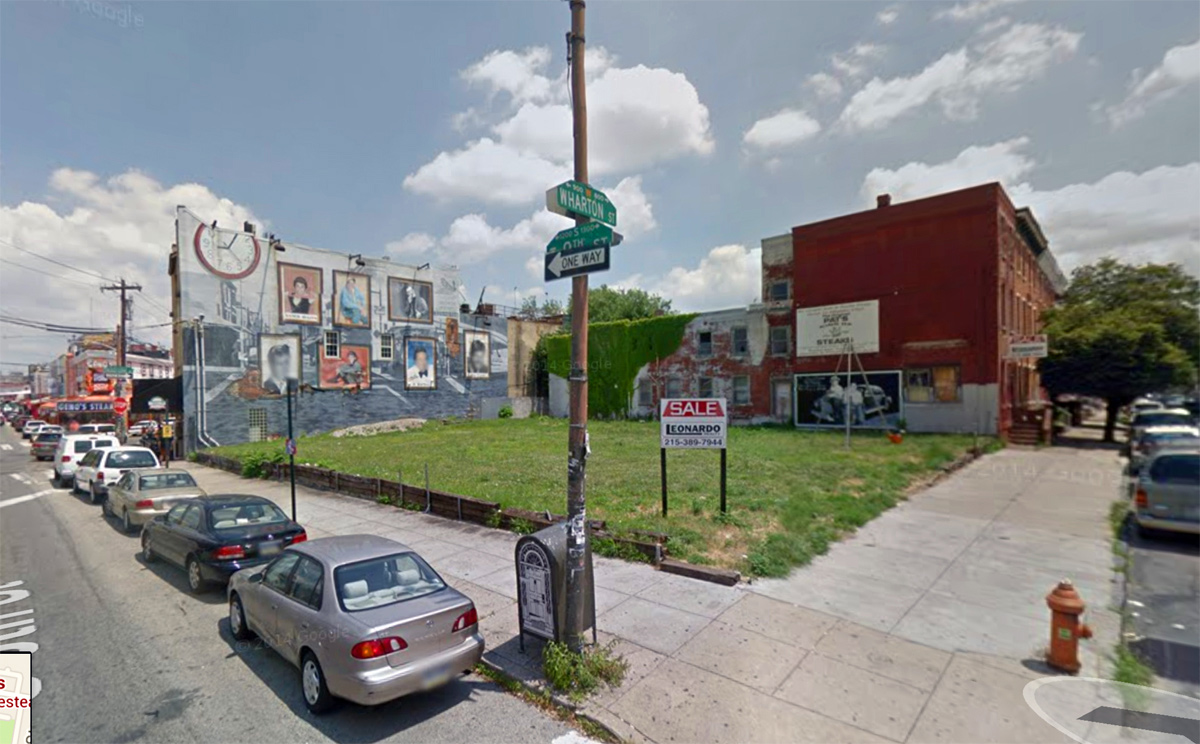 The lot is across the street from South Philadelphia's most vibrant commercial corridor, Passyunk Avenue. Pat's & Geno's, the eternally feuding, grease-laden cheesesteak joints serve up their chopped meats 24 hours a day here. To the south Passyunk Square has transformed into one of the city's best commercial corridors with nationally acclaimed restaurants, vibrant retail and inviting public space. To the north, the core of Italian Market on 9th Street beckons with butchers, cheesemongers, fresh produce and restaurants.

The area has experienced development pressure due to all these successful businesses and the proximity to Center City. With that has come added parking pressure. More residents have moved in and more folks from around the city and beyond are flocking to this part of the city, spending their money and bringing a new found vigor to an area where very little changed for a very long time. Though development pressure brings new problems, those problems by and large are problems any successful neighborhood wants: higher demand for housing and retail and new investment enlivening and renovating old-disused properties. At a macro-scale, Philadelphia needs more of this demand across the city as a means to improve the fiscal situation affecting our schools by putting disused land back into productive use. Disused land generates little to no property tax. Property tax is the primary means with which we fund our schools. There is a direct line between supporting good development and having a strong, financially viable school system.

Enter NIMBYs. Not In My Backyard is exactly the kind of mentality that stifles this city's ability to generate much needed revenue on land available and ready for development. Land is a finite resource. In the city land is inherently more valuable per square foot because the proximity to jobs, culture and housing makes urban living more appealing and more economically productive. NIMBY mentality ignores these factors, especially when it comes to a use of urban space that takes an incredible amount of land for storage and returns almost nothing back into the public coffers: parking.

Developers at 9th & Wharton have proposed a building that would have been constructed by right 60 years ago: mixed-use, multi-family dwellings. These types of developments are important for areas with successful commercial corridors like Passyunk. They continue the corridor by supporting retail on the first floor. They lower the cost of housing by making more units available to rent or own than what would be capable with a single family home designation. They increase the variety of housing in what is largely a single family dominant housing area. They also bring in much more money to the School District of Philadelphia and city at large than single family units or undeveloped land.

Higher density units do this a few different ways. One, the more residents a parcel of land can support, the more city wage tax paying individuals live there. In addition, property tax on improved land with higher density buildings also brings in much more revenue than lower-density, lower-value real estate.

So here we are at 9th & Wharton, in a city clawing for more school funding, and when a sensible proposal that fits into the neighborhood character is proposed, parking is the one issue that may kill this project. The land is not currently zoned to support this higher density. Community input is needed during the ZBA (Zoning Board of Adjustment) process. The developer can hope that folks like Julia Chapman, who leads up the ZBA, will make sound decisions that prioritize thoughtful development over NIMBYism. They can also hope for a legislative action via Councilman Mark Squilla to rezone the parcel to a higher density designation so they can build by right.

Tens of thousands of potential future city and school-funding dollars from wage and property taxes are at stake. While Mayor Nutter proposes jacking up our property taxes, which have already gone up dramatically for many, by another 9.3 percent, we leave tens of thousands of dollars per project on the table. For projects that do get approved, we often reduce the amount of collected revenue possible by reducing the density of the project (less people paying per unit property tax, less people paying wage tax per site). We also reduce the amount of collected revenue by requiring parking minimums per project to be met. Cars don't generate tax revenue for the city of Philadelphia, people do. If we are reducing the density of units and prioritizing car parking over people, we are directly reducing current and future revenue for our school system. 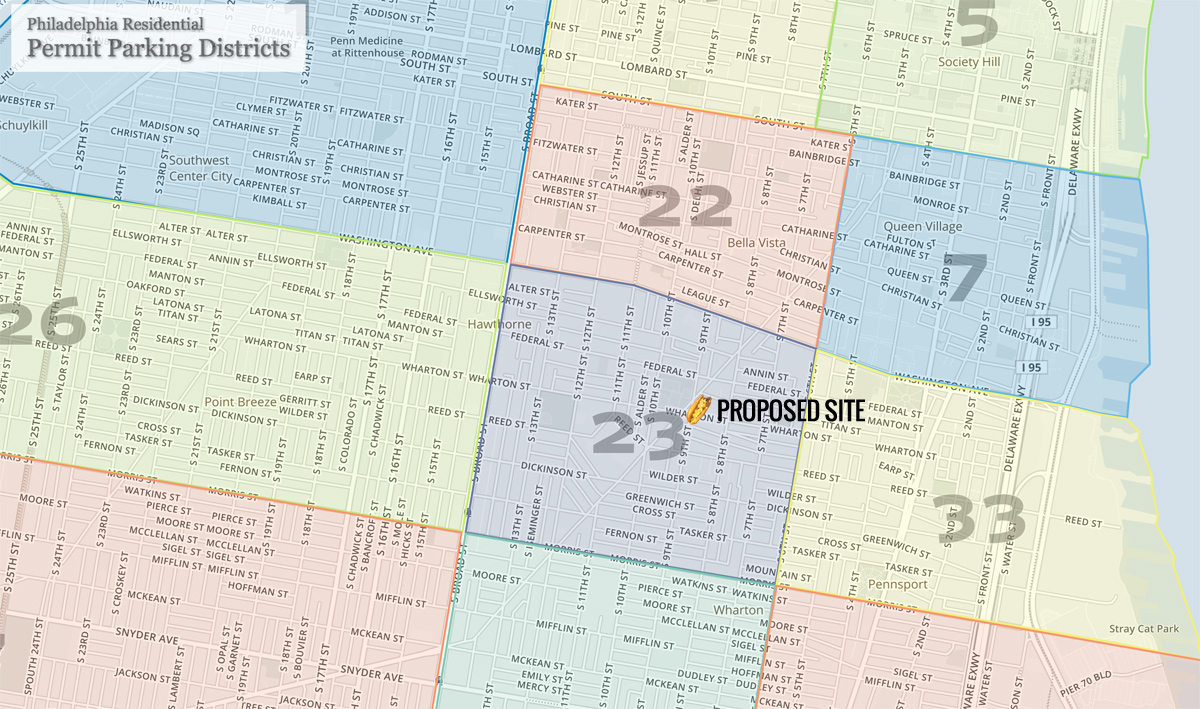 And perhaps it's easy as a politician to listen to NIMBYs' poorly-formed arguments often laced with expletives. It's more difficult to take the high road and reinforce the case that a developer shouldn't be shouted down because a neighborhood itself has failed to deal with it's own parking problem, despite the fact that they have every power to do so via the street permitting process. It's more difficult to take the high road and explain that being pro-density is actually a direct line to being pro-schools by adequately valuing our land in a way that ensures we're collecting the right amount of property taxes, without constantly raising rates on everyone else.

The 5th Square will make these connections and reinforce them wherever possible. Three of our 12 platform items deal directly with this project at 9th & Wharton: 1) A proper land value tax system would have brought this lot back into productive use by penalizing folks for squatting on land and paying very little to do so. 2) Legalizing car-free housing enables reform of the zoning code so that developers aren't constantly on the hook to solve parking issues that should be addressed by the local community via parking permits and better parking strategy. 3) Completing the remapping of Philadelphia to our recently revised zoning code in the next 4 years means that projects like 9th & Wharton could potentially avoid a fight with NIMBYs in the community by being zoned properly so that responsible development can occur by right and not by needing to convince someone or some group that a plot needs to be rezoned to something it was already capable of supporting.

We can't achieve these goals without strong leadership in City Council and the Mayor's office. Weak leaders will listen to shrill NIMBY voices and back away from good decision making. Weak leaders will fail to challenge the hypocrisy of NIMBY concerns. For this 9th & Wharton project, one vocal opponent lives nearby, owns a multi-family unit of housing, yet doesn't want this project due to it's higher density. Weak leaders will hire staff that doesn't actually lead on anything but just caves to pressures with poorly formed reasoning. Steve Lauer, Councilman Mark Squilla's manager of constituent services, summed weak leadership up beautifully in a quote about 9th & Wharton. "I've lived with these people all my life. Whatever they want, I'm with them."

This is the type of leadership that has led us to where we are today. We have another choice if we make our voices heard and support change versus the status quo. We know what the status quo looks like. Frankie Avalon and Chubby Checker look down on it every day from the neighbor's wall. 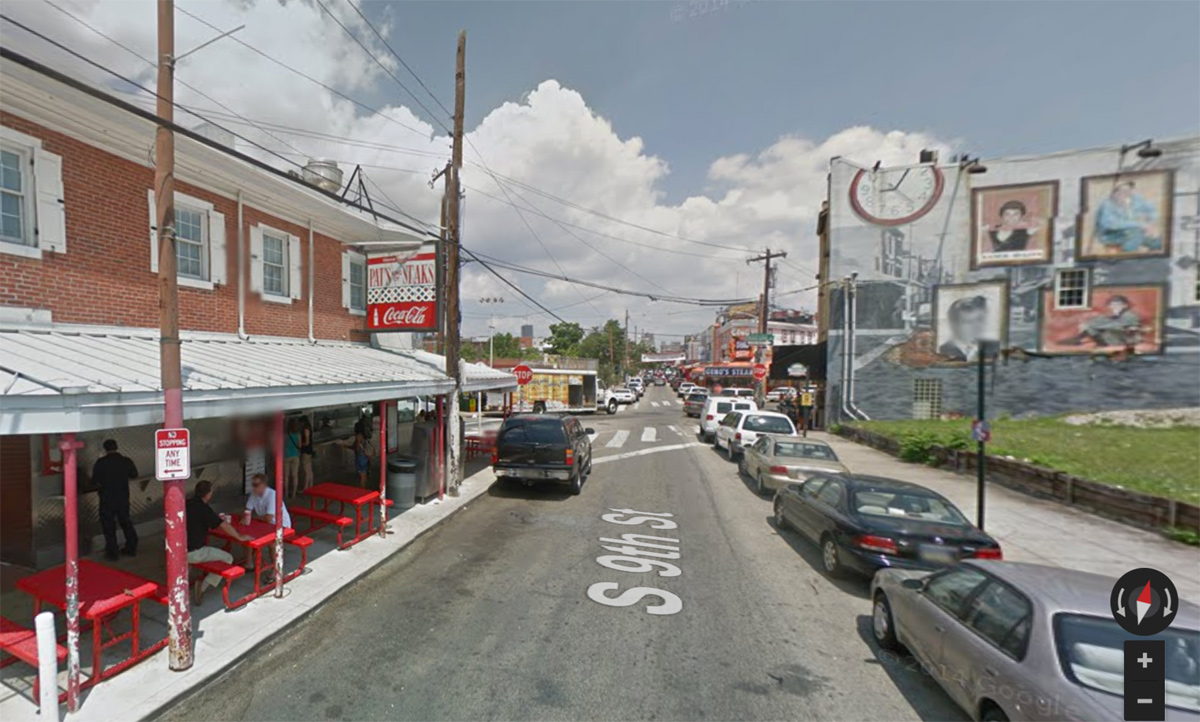