A Unifying Platform For Labor & Business

Earlier today, we discussed how our platform serves the interests of every Philadelphian. The power of our platform lies in its ability to bridge the divides that Philadelphians often focus on, divides which too often distract both sides away from what should be achievable, shared goals. 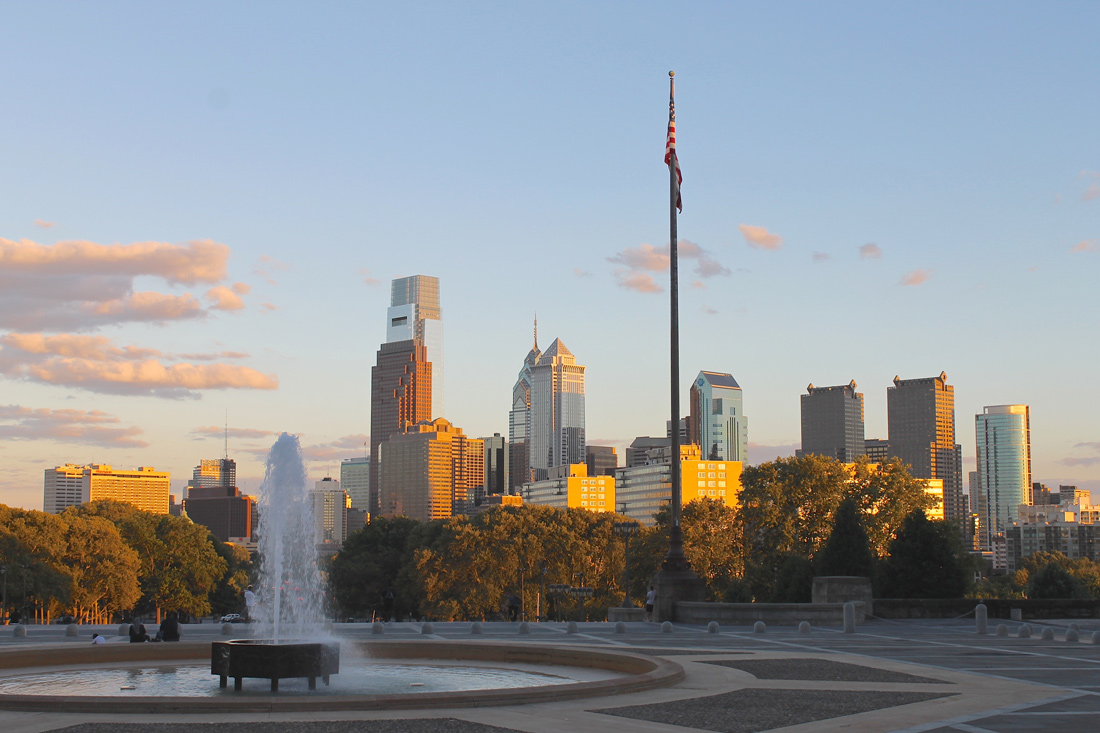 Today, City Council passed a bill supporting earned sick leave for Philadelphia workers, and Mayor Nutter has indicated he will sign it into law. The debate for this bill at the February 4th City Council’s Committee on Public Health and Human Services committee hearing featured all of the familiar arguments in favor of the legislation by progressives and labor groups as well as the traditional arguments against the law from skeptics in the business community.

This divide is representative of a larger discussion happening right now in Philadelphia. The city desperately needs to implement policies that support job growth and foster a thriving business community, and it also needs to ensure that this growth is as equitable as possible. We think The 5th Square platform can help bridge this divide. Here’s how our mix of policy ideas accomplishes that:

Philadelphia’s business taxes are significantly higher than those in our surrounding counties. But our property taxes are lower, especially the portion that falls on unimproved or vacant land––land that is often in high demand in many developing neighborhoods. This current dynamic keeps much-needed jobs out of our city and encourages landowners to keep their properties vacant. Owners of vacant and underused properties can and should pay more taxes, or they can develop their lots. By shifting part of the tax burden off of highly mobile workers and onto underused land (which can’t pack up and leave for Conshohocken) we can incentivize job growth and stop encouraging the extreme land speculation that only holds our city back.

Philadelphia’s wage tax also keeps jobs away. Increasing the land-value portion of the property tax means there will be room to decrease the wage tax, currently at 3.92% for residents and 3.495% for non-residents, the highest in the nation. All workers - particularly lower income workers - will benefit from a decrease in this extremely regressive wage tax, and suddenly Philadelphia begins to look a lot more friendly to those considering whether to bring jobs here.

This mix of policies generates a stronger property tax base and a stronger business community to support Philadelphia’s core public services like education, public safety, and trash hauling. Best of all, it does so with family-sustaining, pro-growth policies.

COMPLETE ALL NEIGHBORHOOD REMAPPINGS BY 2019

Philadelphia’s new zoning code has not yet impacted our real estate market nearly as much as it can. While the new zoning code is certainly better than the old code, it has primarily enabled more by-right single-family development. Mixed-use and commercial development have lagged due to delays in the zoning remapping process––the result of an underfunded Planning Commission and foot-dragging by some City Council members who perhaps see political benefit from a broken code. Why is this? Outdated zoning means developers must come to district coucilmembers to seek support for variances, thus making the councilmember the gatekeeper for every significant proposal in his or her district.

Much of our formerly industrial land will never again see heavy industrial use and should be remapped for mixed-use commercial and residential development. Commercial corridors, especially the portions closest to fixed and frequent transit routes, have not been rezoned to promote denser transit-oriented development or to support walkable mixed-use neighborhoods. These outdated zoning designations that haven’t been relevant or appropriate for years continue to strangle the city’s growth and put a chokehold on investment.

The 2012 zoning reforms hacked away a lot of red tape, but there are still plenty of legal and financial barriers to new investment. The city should welcome strong demand for housing close to businesses and transit, rather than blunt or divert it. We have a tremendous opportunity to create mountains of new business revenue and tax revenue if we embrace mixed-use and transit-supportive zoning.

One of Philadelphia’s advantages over the surrounding counties is our ability to house large numbers of people within a short walk, bike or transit trip from our business districts and commercial corridors and other destinations, without the need to waste valuable public space on budget-busting car ownership. The next Mayor and Council will need to understand and maximize this key competitive advantage and affordability advantage. Business and labor groups have every reason to unite behind the effort to accelerate zoning remapping and support a 21st century livable city.

Parking is a useful thing, but too few people acknowledge its huge price tag––a price tag that should be nobody’s responsibility but the driver’s.

A structured parking space costs anywhere from $20,000 to $50,000 to construct, and by some estimates can add upwards of $200 per month to residential rents and mortgage payments. Minimum parking requirements force people to buy or rent parking spaces they don’t necessarily want, which needlessly increases the cost of living and takes away money that could be spent at local businesses instead.

There’s also the basic problem of spatial geometry. Because cars take up so much space, and because it’s so expensive to build new storage space for them, parking requirements act as a cap on population density and other active uses that are the lifeblood of our thriving neighborhoods and commercial corridors.

A diverse neighborhood retail economy needs a large built-in customer base to thrive. Think about Passyunk Avenue, 52nd Street, or Germantown Avenue. Parking requirements dilute density and weaken the commercial corridor, which is often the center of the community. Every time a home builder is required by zoning to build a storage space for a car instead of a room for a person, that is one lost shopper for a local business. This unnecessarily depresses business revenues, employment, and the city’s tax base for public services.

We need to think differently about trash. Many businesses currently dedicate too much of their leasable square footage to garbage and recycling storage, and we know space is at a premium for businesses. The more frequently the trash gets collected, the less space businesses have to waste on garbage storage, and the more they’ll have for productive uses. Same goes for public spaces like alleys, which too often play host to oozing dumpsters and noxious smells. Because different businesses contract with different trash haulers, we end up with a dozen or more dumpsters in each alley. It doesn’t need to be that way. A single trash hauler for all businesses would consolidate the number of dumpsters we have, thereby making our streets and alleys much more pleasant. Instead of rat paradise, these alleys could be filled with a mix of locals and tourists blissfully exploring our unique and historic cobblestone walkways––another win for our city.

Building a fair economy doesn’t have to be a zero-sum struggle between workers and employers. The discussion surrounding earned sick leave has rightly kept this larger issue at the center of the city’s political dialogue. We believe our policies can help bridge the gap and create win-win scenarios instead of zero-sum contests. We challenge all candidates to embrace a mix of policy changes that grow our local economy in an equitable manner.